Aug 25, 2016 4:40 PM PHT
Bea Cupin
Facebook Twitter Copy URL
Copied
The PNP chief urges surrendered drug pushers and users to vent their anger towards drug lords who, he says, have fattened their coffers at the expense of the poor 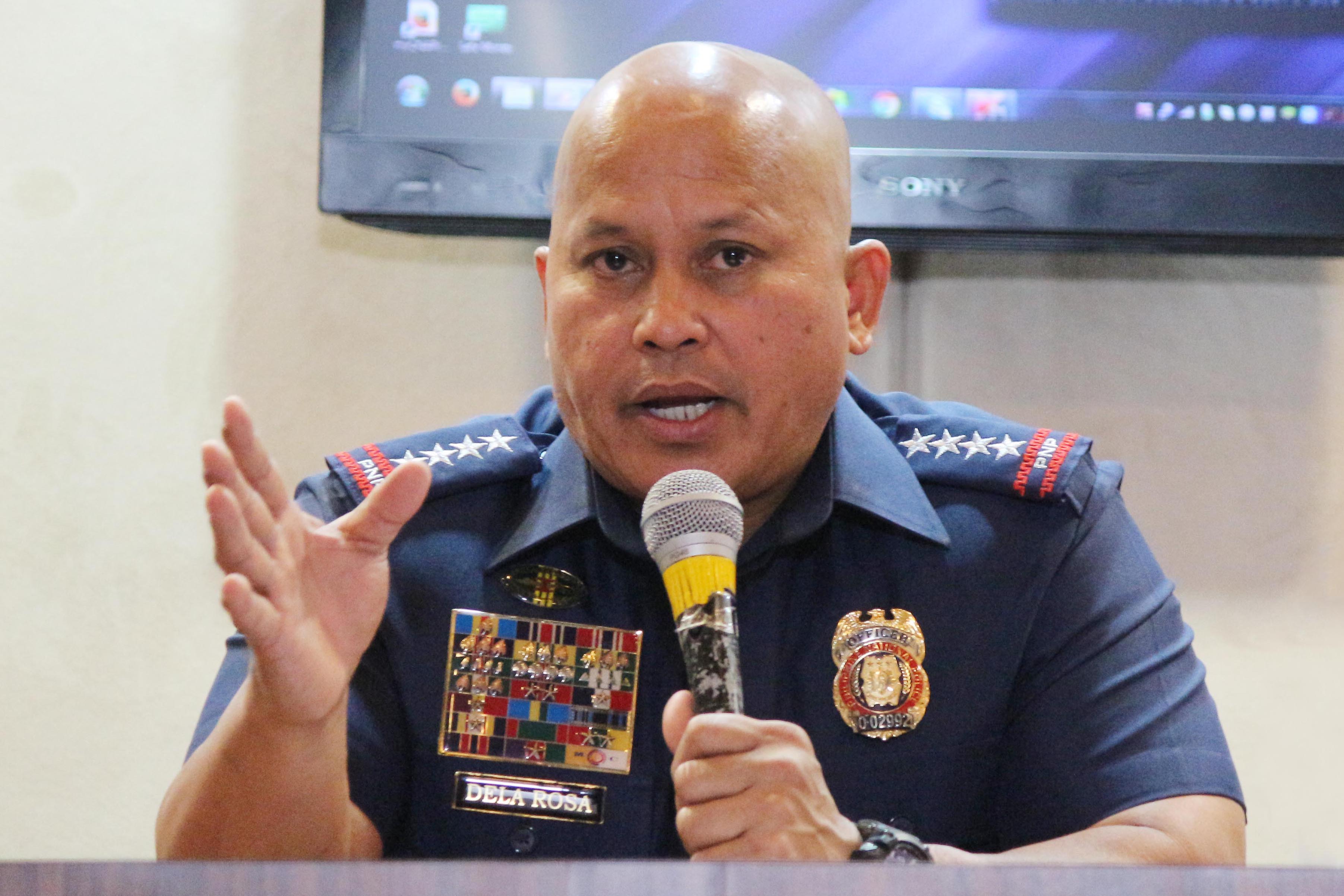 BACOLOD, Philippines – He’s been told to tone down his rhetoric when talking about drug personalities but there’s no stopping Philipine National Police (PNP) chief Director General Ronald dela Rosa when it comes to the administration’s  campaign against illegal drugs.

(You know the drug lords here, right? Go to them….Douse their houses with gasoline, then set them on fire. Show them your anger.)

He also urged the surrendered drug users and pushers to “kill the drug lords” since they were their victims anyway.

At a Senate hearing earlier this week, Senator Leila de Lima told the PNP chief to avoid statements that incite violence – even if meant as a joke – because this could be misinterpreted by police on the ground, and later used as evidence against him should the International Criminal Court (ICC) decide to investigate cases of alleged extrajudicial killings.

Dela Rosa is at the helm of the PNP’s “war on drugs,” one of the Duterte administration’s key initiatives. To date, more than 700 drug  suspects have been killed in police operations while over a thousand deaths suspected to be tied to drugs are being investigated.

The PNP chief was unapologetic when asked about his latest choice of words against drug lords.

“If it will cost me my life, I am willing to face it. I’m an official with balls. Whatever I do, I will stand by it. I’m not hiding anything. Our police operations are open books….You can scrutinize everything,” he said, referring to the Commission on Human Rights’ opinion that the ICC should step in.

The PNP’s efforts against illegal drugs have also led to the arrest of thousands of drug suspects. More than 600,000 drug personalities have also surrendered to cops.

On Thursday, Dela Rosa aimed his tirades against drug lords who, he said, have fattened their coffers at the expense of the poor.

(These people have been getting rich for a long time. What about you? Your brain is shrinking; melting. Yout teeth, jaw, and gums are melting from shabu use. Pushers are killed in police encounters. In buy-bust operations…you are the ones who die.)

Critics have slammed the government’s”war on drugs for supposedly being biased against the poor. Dela Rosa and the PNP have defended the campaign, saying it targets suspects from all walks of life.

The PNP chief also warned those who have surrendered about the consequences reverting to their old ways.   Returning to illegal drugs, he said, would lead to death – either at the hands of police during buy-bust operations or as a consequence of illegal substance abuse.

(I’m not scaring you. I’m telling the truth. The drug problem is really bad. If we don’t act now our children, our grandchildren, no more….What do you expect? They’ll be addicts too. And if they become addicts, there will be anarchy in the Philippines.)

President Rodrigo Duterte and Dela Rosa had earlier attributed other crimes to drug use.   Dela Rosa said during the Senate hearing that the crime volume – except for instances of murder and homicide – has gone down since the war on drugs began. – Rappler.com