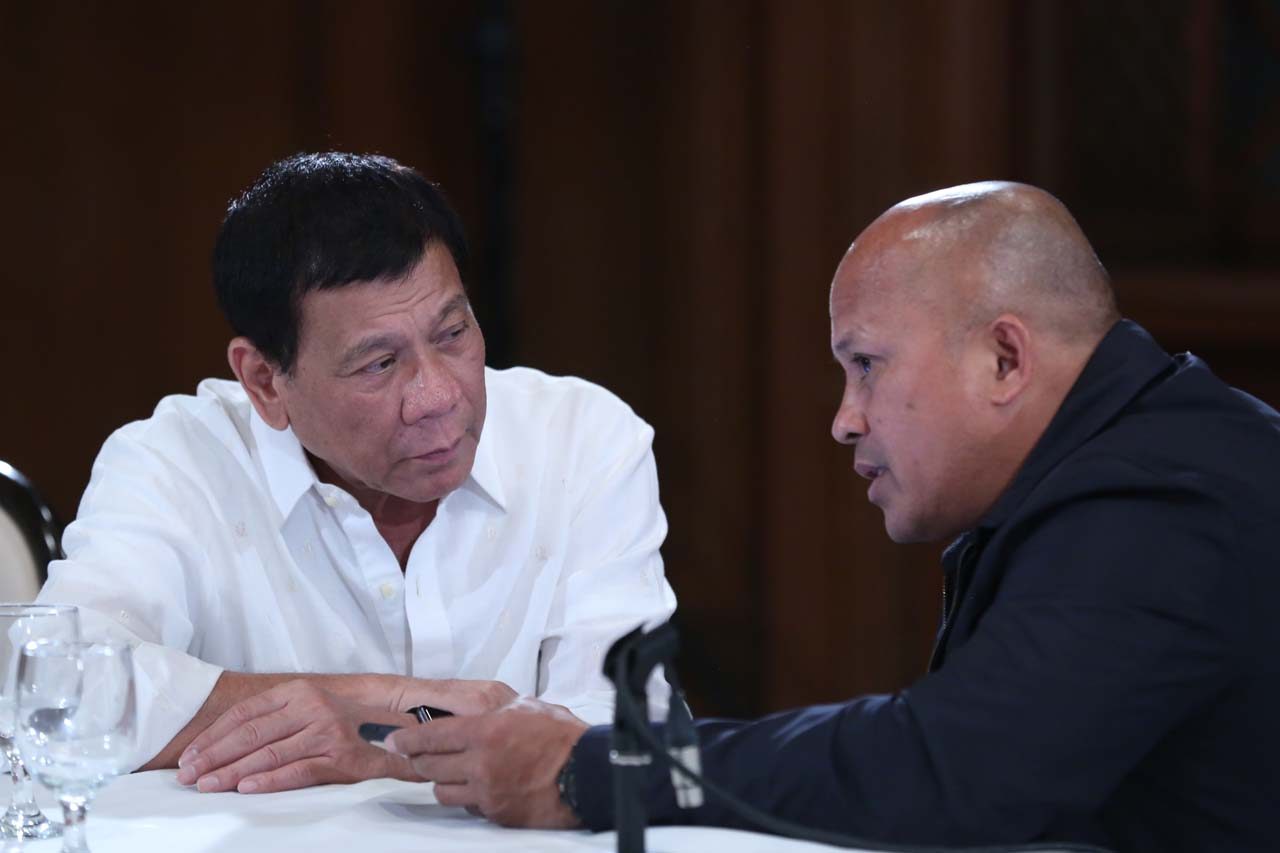 MANILA, Philippines – It’s apparently not only President Rodrigo Duterte who is into “dramatic” statements to prove a point.

On Thursday, Dela Rosa had told an audience of surrenderees – drug users and pushers – to burn the houses of the drug lords in their community to show anger.

Dela Rosa appeared to be serious when he made the call, and even reiterated that he would stand by his words to deliver on the administration’s promise to curb criminality, especially illegal drugs.

Responding to questions about the possible repercussions of the PNP chief’s seeming endorsement of vigilantism, Panelo said Dela Rosa did not commit any crime by merely claiming he wanted the crime committed.

“You may have the worst of intentions, of criminal intent, [but] if you do not do that, there is no crime,” said the lawyer.

“Crime is personal to the offender. To implicate the one that ordered you you have to prove there is such moral influence of the one that agitates you or they are your boss,” he added.

Both Dela Rosa and Duterte are known for threatening rhetoric when it comes to the war on drugs or other aspects of peace and order, raising concerns that their followers and supporters might take them seriously and take the law into their hands.

Duterte has often told media not to take all of his statements seriously, especially the “outrageous” ones. – Rappler.com