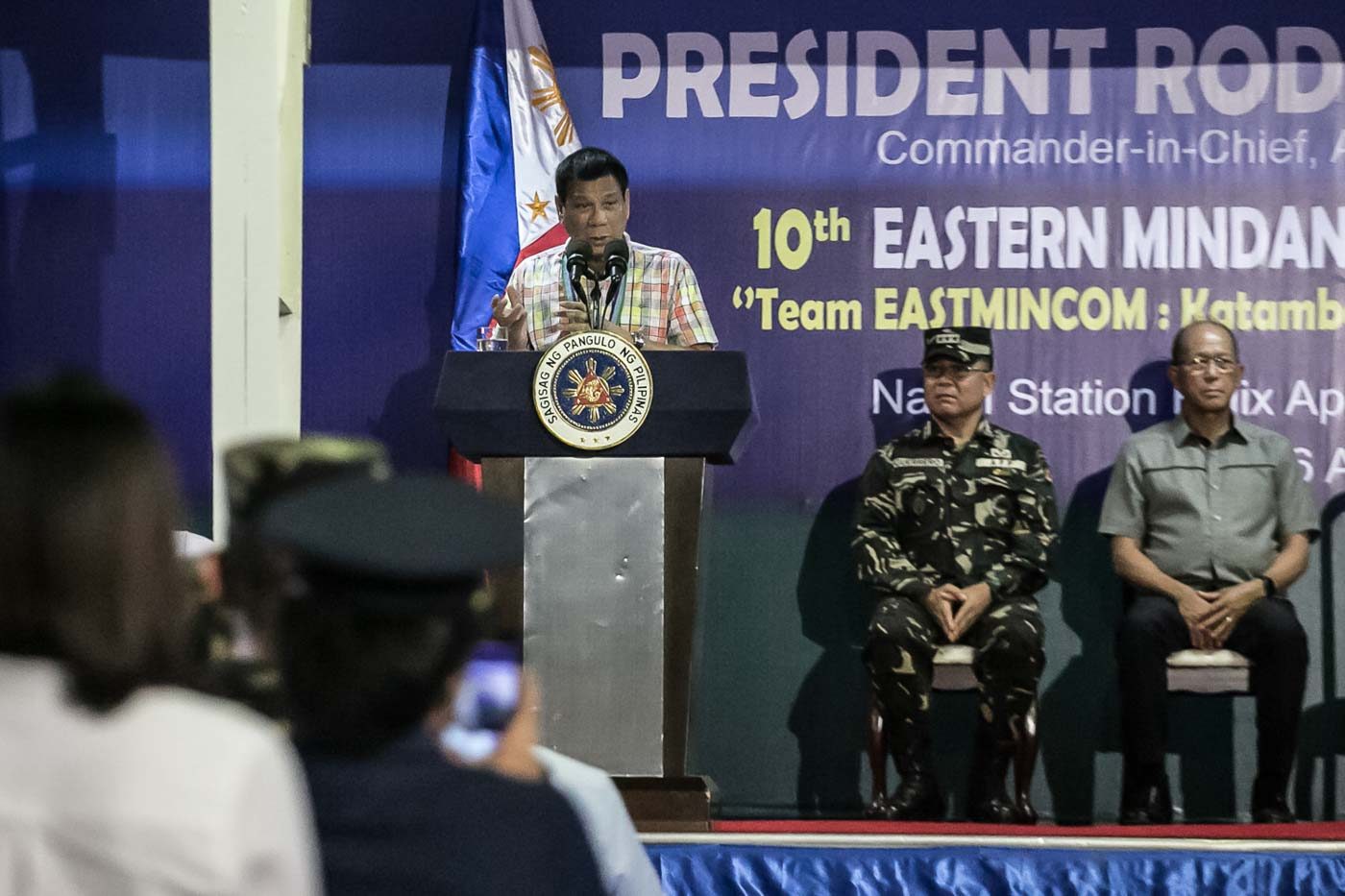 Duterte said postponing the elections would save the government billions of pesos and would protect the electoral process from the influence of drug syndicates reeling from his administration’s “war on drugs.”

“You know why I agreed with some congressmen to postpone the barangay elections? You know why? Because I am afraid that the drug money will seep into the electoral process,” he said during the 10th anniversary of the Eastern Mindanao Command in Davao City.

Duterte insists that if the elections were to happen in October this year, as scheduled, drug lords would likely back politicians who will protect them and their trade.

“You will just be adding to our headache….Those that are funded by drug money will win,” he said.

Barangay officials are crucial to the Duterte administration’s campaign against illegal drugs. Interior Secretary Mike Sueno has said the national government depends on barangay officials to help identify drug personalities in their community.

If politicians backed by drug personalities are elected, martial law might be “needed” to eliminate them, warned Duterte. He quickly added, however, that this is not something he would resort to.

“Kailangan mo na mag-martial law (You will need martial law) to eliminate all which I will never do in the first place. Mahirapan na tayo (We will have a hard time),” said the President.

But Duterte said his primary reason for supporting the postponement of the elections is financial.

With the roughly 600,000 drug personalities who have surrendered, the Duterte administration is pressured to provide rehabilitation facilities.

Duterte’s ally in the Senate, Senator Alan Peter Cayetano, has filed a bill seeking to postpone the barangay and SK elections. His ally in the House of Representatives, Speaker Pantaleon Alvarez also supports the move. – Rappler.com