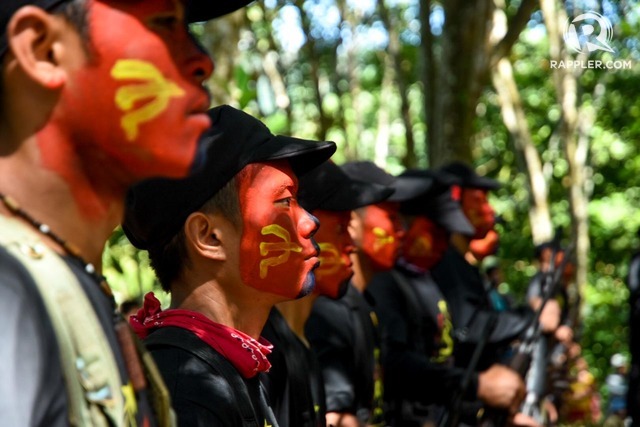 OSLO, Norway – The Communist Party of the Philippines (CPP) issued a unilateral indefinite ceasefire order to all the units of its armed wing New People’s Army (NPA), fulfilling its commitment in the recently concluded first round of peace talks with the Philippine government.

“This unilateral declaration of interim ceasefire is being issued by the CPP and NPA to further promote peace negotiations between the [National Democratic Front] and the [government of the Republic of the Philippines] and boost efforts to accelerate it,” the CPP-NPA said.

“During the interim ceasefire period, all NPA units and people’s militia shall cease and desist from carrying out offensive military campaigns and operations against the uniformed armed personnel of the Armed Forces of the Philippines (AFP) and the Philippine National Police (PNP),” the communist group said.

The weeklong talks produced a historic joint statement on the resumption of talks and declaration of ceasefires. (READ: Oslo talks: ‘The most kind and most warm negotiators’)

“The issuance of this interim ceasefire declaration is further encouraged by the prospective release of all political prisoners and remaining detained consultants of the NDFP through the issuance of and Amnesty Proclamation by the GRP President [Rodrigo Duterte],” the CPP said. (READ: WHO’S WHO: Political prisoners released for Oslo peace talks)

The next round of talks is scheduled October 8-12. (READ: FAST FACTS: The CPP-NPA-NDF and the Oslo talks) – Carmela Fonbuena / Rappler.com