Aug 28, 2016 1:13 PM PHT
Bobby Lagsa
Facebook Twitter Copy URL
Copied
11 houses across Ozamiz City, including the home of a city councilor, are raided by police personnel in search of firearms and illegal drugs 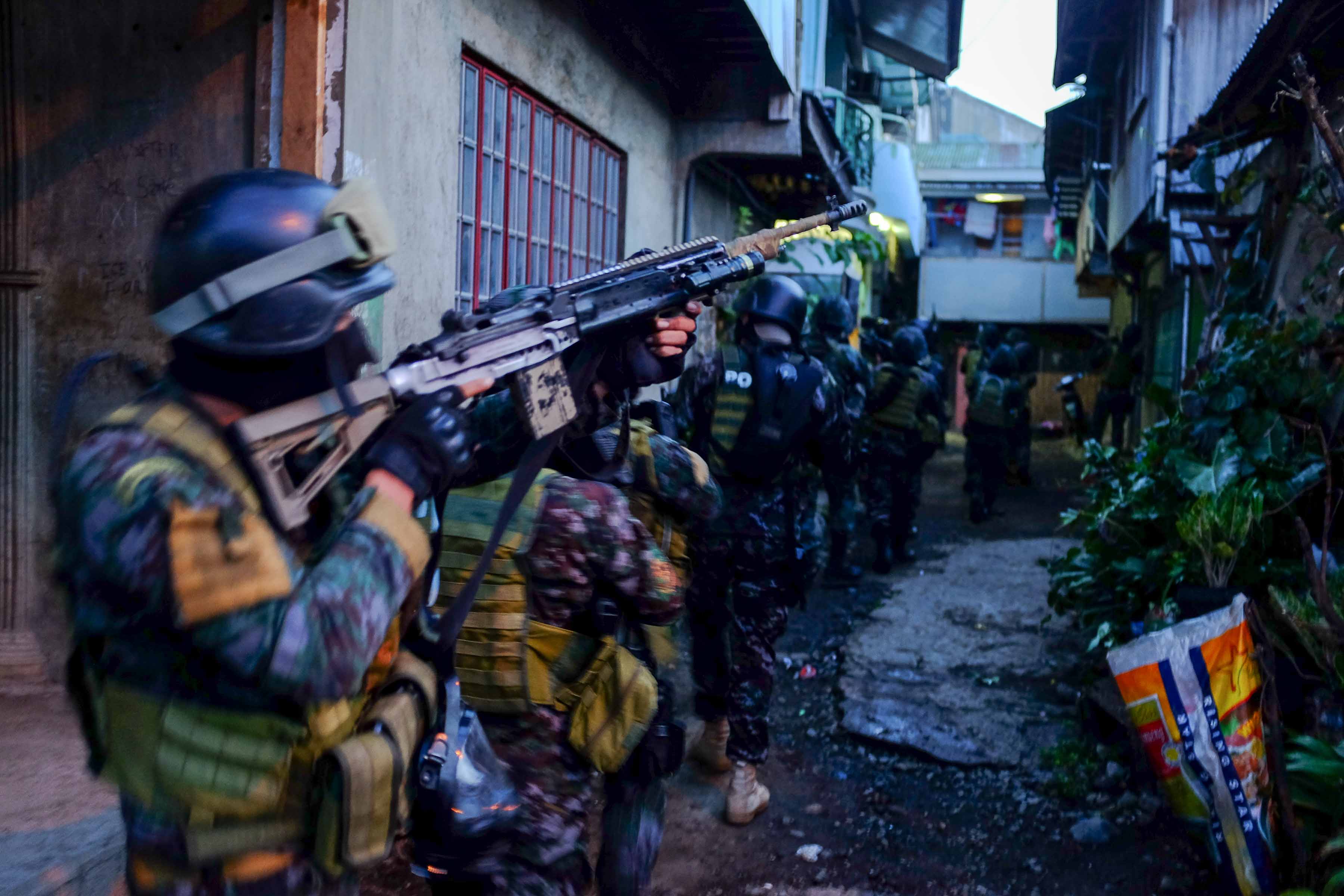 OZAMIZ CITY, Philippines – Eleven houses across Ozamiz City, including the home of a city councilor, were raided Sunday, August 28, by police personnel in search of firearms and illegal drugs.

The early dawn raids were conducted by the Region 10 Criminal Investigation and Detection Group (CIDG), along with 3 companies of police commando from the Special Action Force and Regional Public Safety Battalion (RPSB) Region 10.

Rappler was able to cover the raid on the house of Manuel Francisco, husband of city councillor Rizalina Francisco, who is the aunt of City Mayor Reynaldo Parojinog.

The search warrant issued for the house of the Franciscos specifically stated to search for an M4 Carbine Rifle, an M416 rifle, a shotgun, a .45 caliber pistol, and an undetermined number of ammunitions.

The search however failed to yield the said firearms. Instead, police confiscated 3 Airsoft firearms.

“We did not found any of the stipulated firearms, instead we found Airsoft rifles, some pellets, and chargers for the Airsoft,” a CIDG agent, who refused to be named, said.

The search warrant stemmed from the sworn statement of Police Chief Inspector Berlito de Guzman, Misamis Occidental provincial chief of the CIDG, for possible violation of Republic Act 10591 or the Comprehensive Firearms and Ammunition Regulation Act.

The night before, supporters of Parojinog held a prayer vigil outside his house in Barangay San Roque, fearing that the mayor is the subject of the said search warrant.

Earlier this month, Parojinog surrendered his 16 licensed firearms to the regional police headquarters in Camp Vicente Alagar in Cagayan de Oro City after its licenses were cancelled by the police.

CIDG officials have yet to issue an official statement on the result of the raids. – Rappler.com