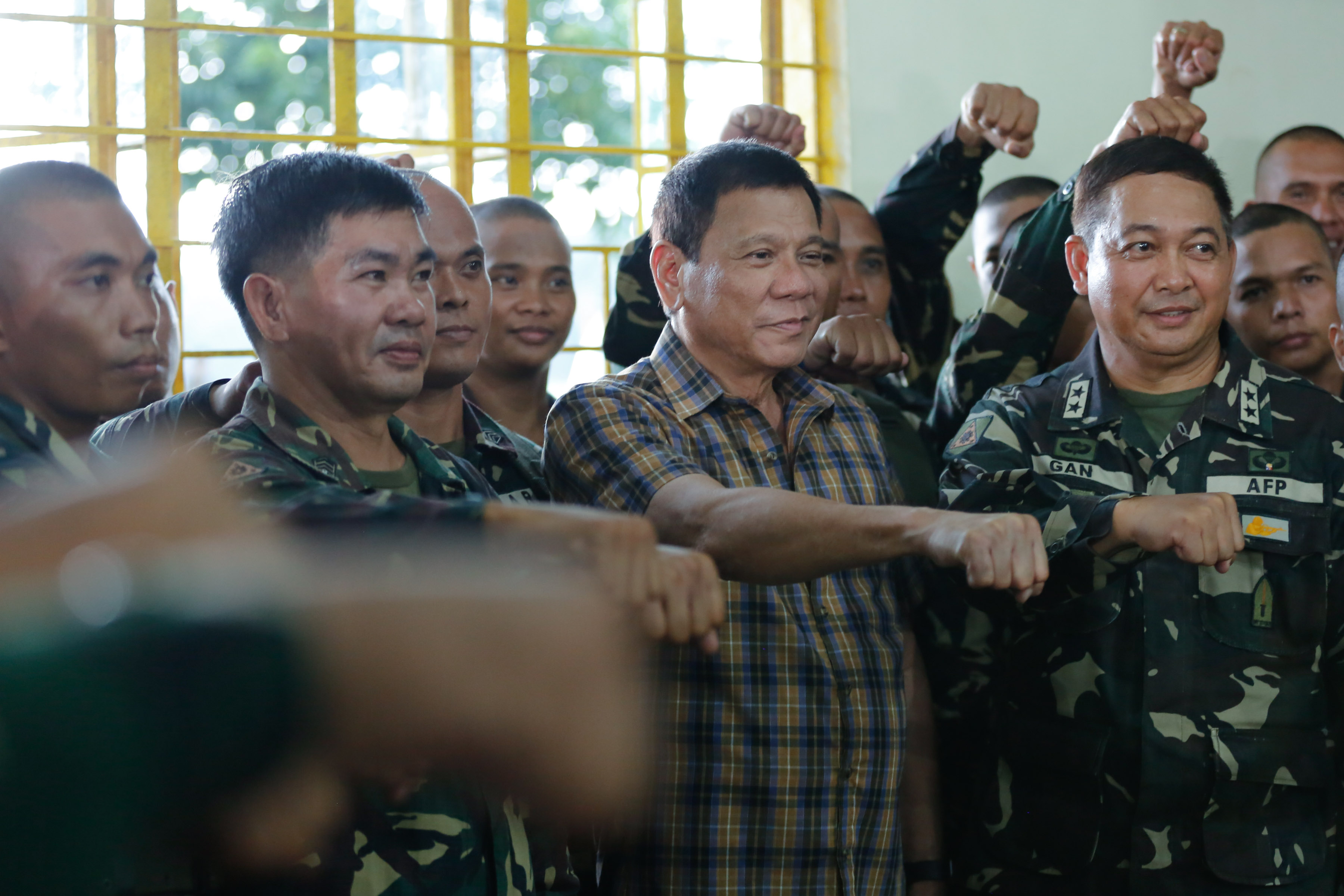 MANILA, Philippines – While President Rodrigo Duterte has been telling soldiers to expect their salaries to be doubled by this December, Defense Secretary Delfin Lorenzana has also been telling troops not to be “too optimistic” about this promise.

(I announced to troops not to be too optimistic because it is dependent on many things.)

(You are like a father, you made a promise but it turns out there is no money yet, “My child, can you wait a little bit?”)

Duterte, in his recent military camp visits, has been assuring soldiers that there will be an incremental increase in their salaries in August and a doubling of their salaries by December. (READ: Why has Duterte visited 14 military camps in less than a month?)

But Budget Secretary Benjamin Diokno told the Senate that there will be no increase in salaries in August.

However, Diokno said P39.5 billion has been allotted for the salary hike of military and police in the proposed 2017 national budget.

Lorenzana also said it will be Diokno who will determine if there are enough funds for Duterte’s promises to the military.

“It depends on Secretary Diokno because if there is no money, we will wait for next year,” he said in a mix of English and Filipino.

The defense chief said he has told soldiers to steel themselves should something happen to prevent Duterte from fulfilling his vow.

But he gave his assurances that, sooner or later, the President will make good on his promises.

“I told them to hope for the best but expect some aberya (complications) along the way. Pero mangyayari ‘yan, kung hindi ngayon, next year (But it will happen, if not now, next year),” said Lorenzana. – Rappler.com