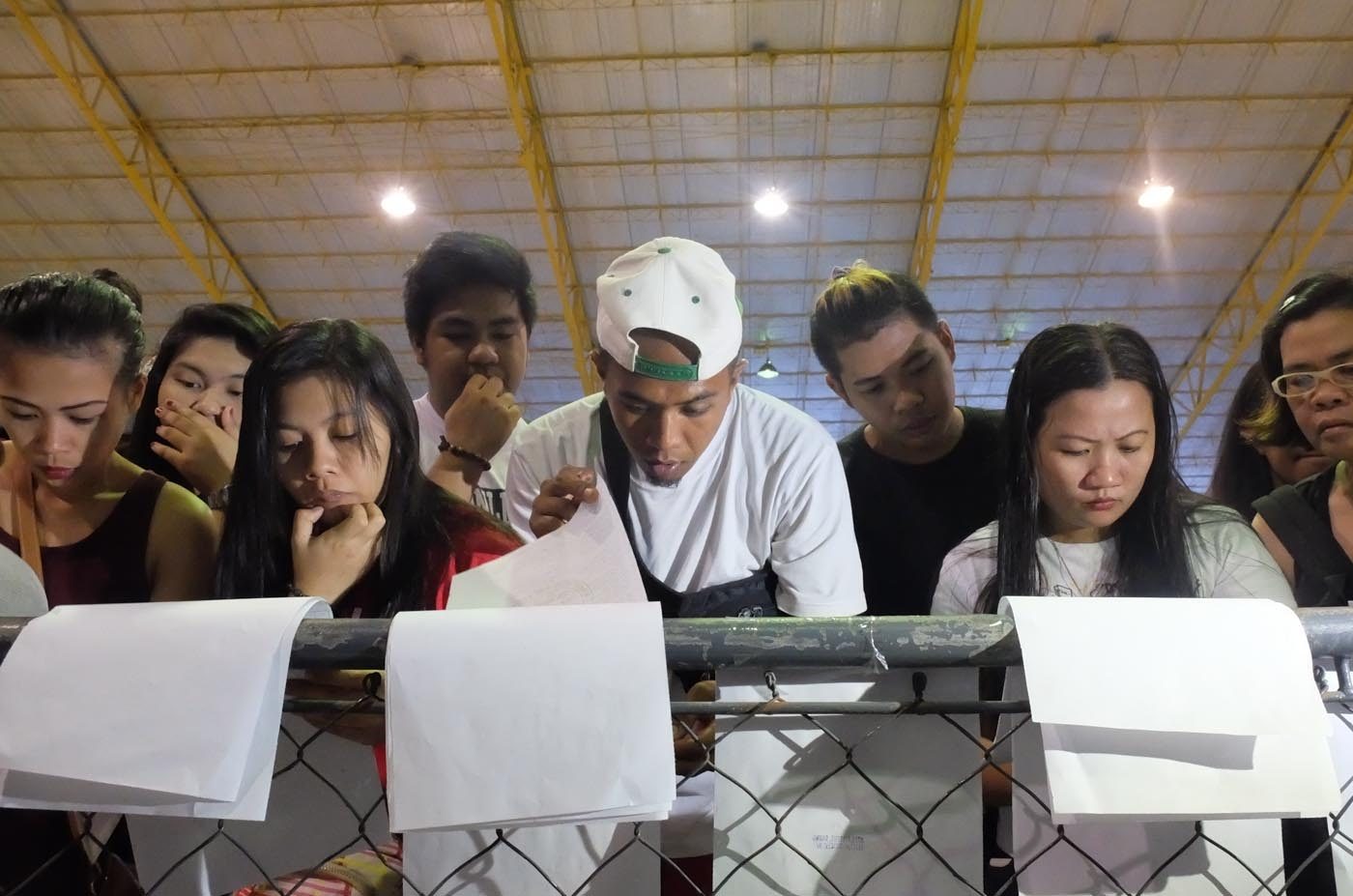 Facebook Twitter Copy URL
Copied
Both Houses of the 17th Congress expect to separately approve the bills within the first half of September this year, and have President Rodrigo Duterte sign a consolidated version into law

MANILA, Philippines – Bills have been filed in both the Senate and the House of Representatives seeking to postpone the barangay and Sangguniang Kabataan (SK) elections from October 31 this year to to October 23, 2017.

An overwhelming majority of the House, led by Speaker Pantaleon Alvarez, agreed to postpone the polls during an all-member caucus on Tuesday, August 30. (READ: Alvarez wants to abolish SK, barangay councilors)

The consolidated House bill was filed on Tuesday and was referred to the committee on suffrage. The second reading will be held on September 5 while the 3rd and final reading is eyed for September 12.

A copy of the bill obtained by Rappler is found below:

The bill was signed by all 22 committee members along with Senate President Aquilino Pimentel III and Senator Alan Peter Cayetano.

(I understand the side of the youth who will have not been able to vote for the SK in the past 3 years. But it’s still clear for us that in some aspects, the government is not ready to implement RA 10742)

But House Majority Floor Leader Rudy Fariñas asked Angara on Tuesday if the Senate version could move the elections to October 23 instead because October 31 is too near All Souls’ Day.

Angara agreed, telling Rappler that the date change would be made at the comittee level. He is eyeing the Senate bill to go through the 3rd and final reading by September 5.

Both Houses of Congress will move to pass similar bills in order to skip the bicameral conference committee and fast-track President Rodrigo Duterte’s signing of the measure into law. (LOOK: Senate panel recommends postponement of barangay, SK elections)

Duterte himself is supporting the postponement of the barangay and SK elections, saying drug money might influence the polls.

The Commission on Elections already stopped the printing of ballots following the Duterte administration’s plans to postpone the elections. – Rappler.com