IN PHOTOS: Duterte dines with soldiers wounded in action Facebook Twitter Copy URL
Copied
President Duterte gives the soldiers electric wheelchairs and laptops, and says he wants to 'reinvent' them after their sacrifice for the country

Sixty-four soldiers in their blue patient’s garb were guests at Malacañang’s Heroes Hall where they were served chicken sotanghon, grilled seafood, fish in coconut milk and mustard greens, mais con hielo, and other Filipino dishes.

Sixteen of the soldiers were those wounded in clashes in Cotabato. They were flown in the previous night by C130 so they could join the dinner.

One of the 3 soldiers who gave testimonials in front of the President during the dinner was Second Lieutenant Jerome Jacuba, who was blinded by an explosion during clearing operations in Maguindanao.

Jacuba was the soldier who cried and hugged Duterte when the Commander-in-Chief visited the Armed Forces of the Philippines Medical Center on August 2.

During the dinner, Duterte gave the soldiers electric wheelchairs and laptops. He said he wanted to “reinvent” them and even encouraged Jacuba to go back to school.

Duterte thanked the soldiers for making their sacrifice for the country. He joked that he would order Lorenzana to promote all of them to the rank of general.

(In the sight of the Filipino people, you are all generals. That’s why I salute you, soldiers wounded in action. I say, if I salute you, you should be the first to put down your hand saluting me. That’s how much I respect you.) 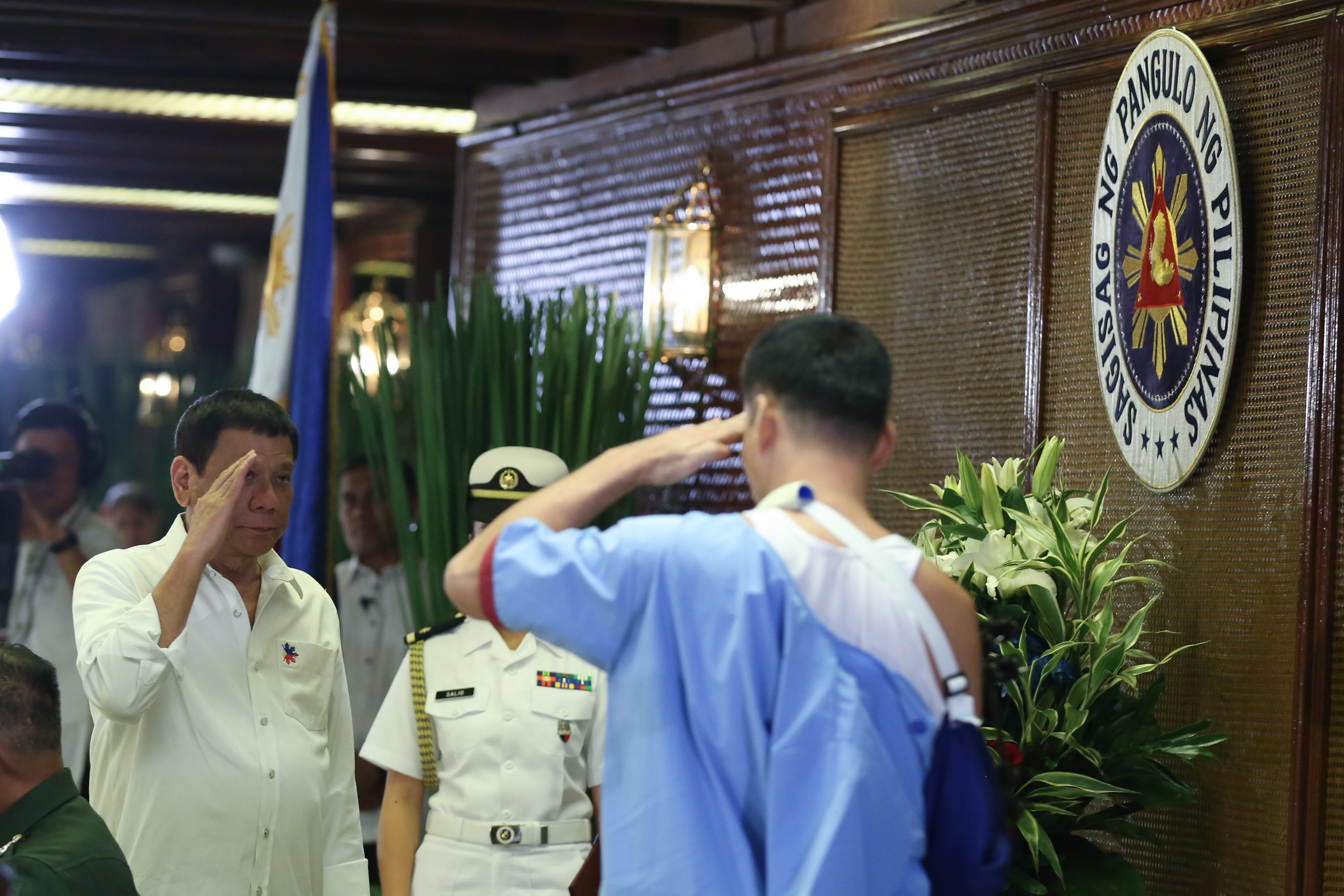 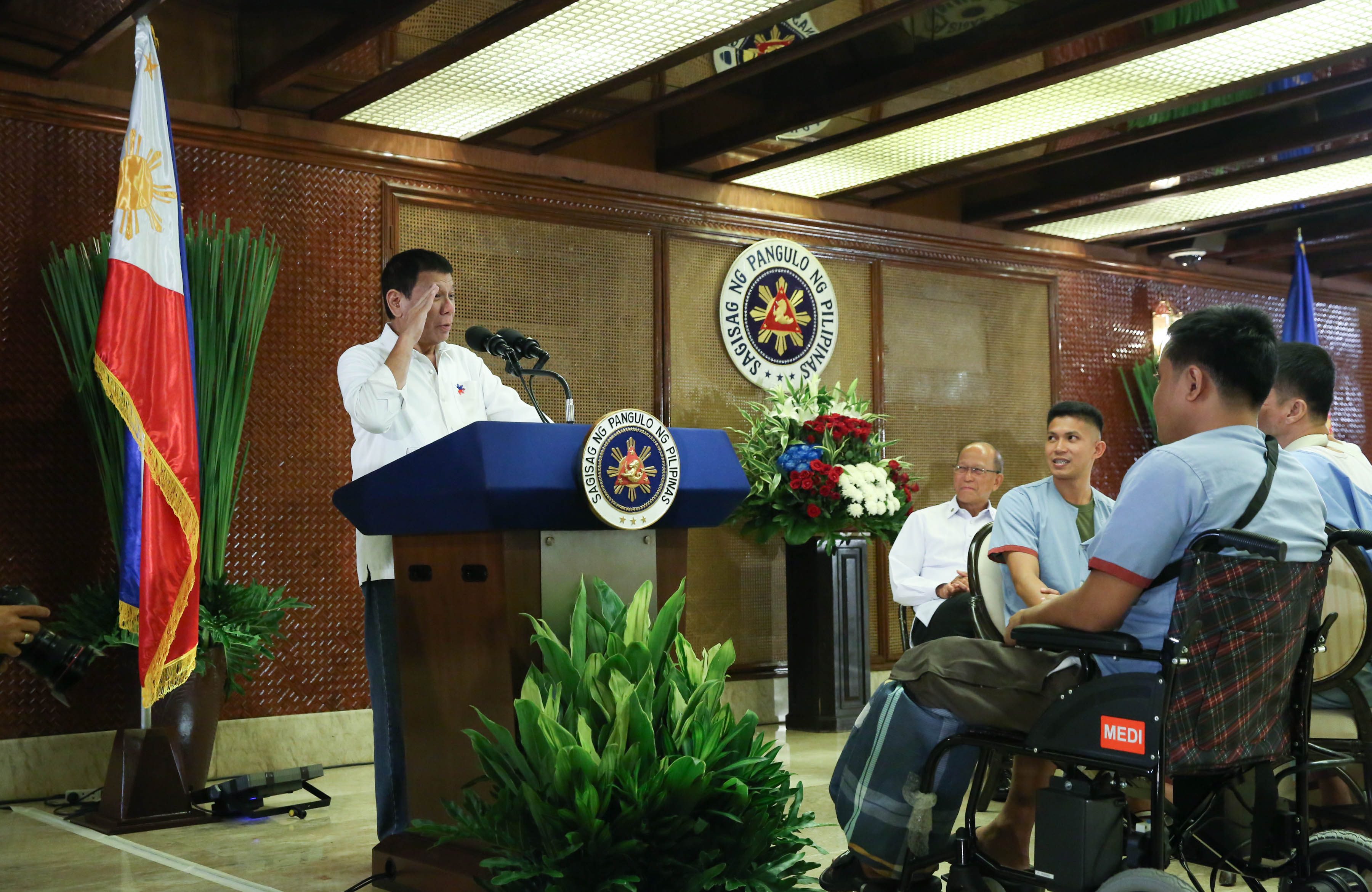