Aug 31, 2016 1:40 PM PHT
Jee Y. Geronimo
Facebook Twitter Copy URL
Copied
The number of displacements is 'much lower than the initial projection,' the Commission on Higher Education tells congressmen during the budget hearing 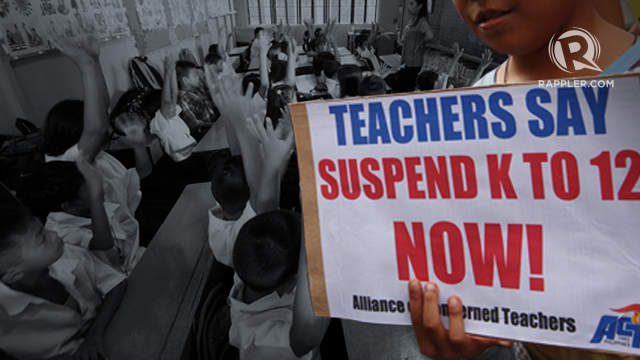 MANILA, Philippines – For academic year 2016-2017, a total of 3,229 college workers have been displaced due to the K to 12 program, which requires students to spend two more years in high school.

This was revealed during the budget hearing of the Commission on Higher Education (CHED) at the House of Representatives on Wednesday, August 31.

The number, which CHED said is “much lower than the initial projection,” reflects an 85% data collection.

Below is the breakdown of the 3,229 displaced workers, based on CHED’s presentation:

CHED earlier estimated that, based on a worst-case scenario across 5 years, 13,274 teaching staff and 10,464 non-teaching staff would be displaced because of K to 12’s senior high school program.

The education department rolled out its Grade 11 nationwide last June. This resulted to a drop in college enrollment that is expected to last until school year 2020-2021.

This budget is meant to fund 12,257 scholarships for graduate studies.

It will also fund the following grants under the K to 12 transition program: