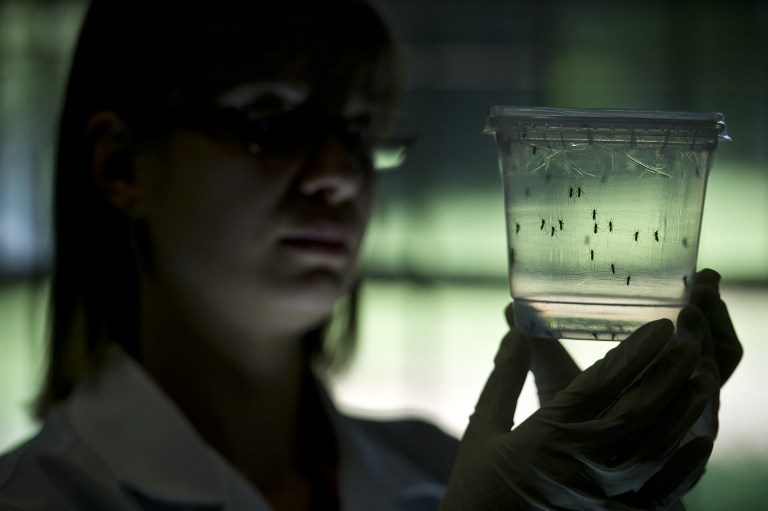 MANILA, Philippines – The Philippines’ health department has advised pregnant women to avoid traveling to Singapore and other neighboring countries, where the number of Zika cases are on the rise.

In an advisory on Wednesday, August 31, the Department of Health (DOH) also urged travelers to “take extra precautions” while staying in countries where there is an ongoing local transmission of Zika.

“The Bureau of Quarantine will continue to screen arriving passengers for signs of fever. These passengers are reminded to fill-out a health declaration checklist upon arrival and to report or visit any government health facility if they become ill with unexplained fever within 7 days from arrival,” the health department said in a statement.

The disease is strongly suspected of causing birth defects, such as microcephaly and other brain deformities in newborns.

Philippines’ neighboring country Singapore has recently reported a surge in Zika cases – a total of 82 as of August 30.

On Wednesday, Philippine Health Secretary Paulyn Ubial said it is risky for pregnant women to get infected with the virus.

The DOH also urged pregnant women, their partners, and others who plan for pregnancy to “observe safe sex precautions (condoms) to avoid infection,” since the Zika virus can also be spread by sexual contact.

“Signs and symptoms of Zika usually begin 3-7 days after being bitten by an infected mosquito. Common symptoms include fever, skin rash, joint pains, and conjunctivitis. The illness is usually mild with symptoms lasting 2-7 days. Not everyone who gets infected present with symptoms that is why it is important to avoid mosquito bites,” Ubial said.

She reiterated the need to clean up so that mosquitoes do not breed in homes and the surroundings. She also highlighted the health department’s 4S campaign:

“Be a good citizen; when you avoid bites, you avoid spreading the Zika virus to your family and the community,” Ubial said. – Rappler.com