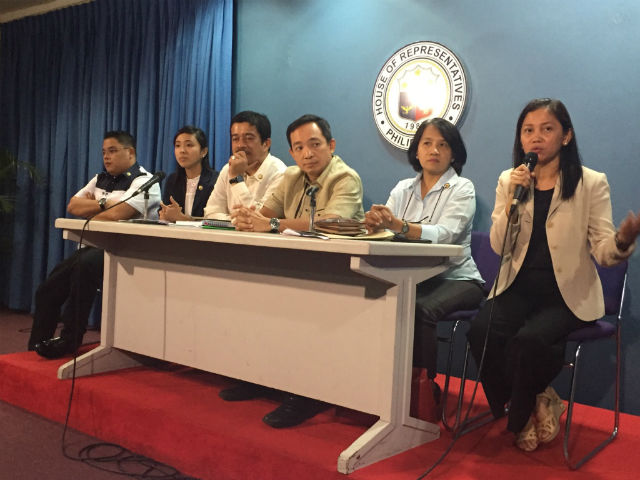 MANILA, Philippines – Two lawmakers aired some reservations as the Commission on Higher Education (CHED) mulls the inclusion of drug testing among the admission requirements for colleges and universities.

(We have a lot of schools that are already practicing that method of screening who can enroll in their classes, but it comes with a fee. So if they would propose such a policy in support of the war on drugs of the current administration, it shouldn’t translate to added fees to be paid by students.)

A day before, CHED told lawmakers that they are studying a policy that would make drug testing a requirement for college and university applicants.

The proposal was first raised by the inter-agency committee for drug testing, which is part of the Cabinet Assistance System. It is tasked to study how the government can address the drug problem in schools and in the workplace.

President Rodrigo Duterte vowed to suppress crime and illegal drugs within 3 to 6 months, which has caused law enforcement agencies to intensify their anti-illegal drugs campaign across the country. (READ: ‘Nanlaban sila’: Duterte’s war on drugs)

ACT Teachers Representative Antonio Tinio also warned against possibly blocking young Filipinos’ access to their right to education should CHED push through with the plan.

(We have a question regarding its legal or constitutional basis. Education is a right… We can’t put too many limitations on the right to education.)

In contrast, Tinio said driving a car is a privilege, which is why drug testing is an acceptable mandatory requirement to get a driver’s license.

(Yes, the administation has a campaign against drugs, but it shouldn’t be a reason to hamper education. Does this mean if you get a positive drug test result, you won’t be able to study anymore, you might go to jail, or they’ll send you to a rehabilitation center?)

CHED Executive Director Julito Vitriolo told Rappler that they plan to conduct consultations and a public hearing regarding the proposal to add drug testing as a requirement for admission to colleges and universities.

He said CHED would also seek the legal opinion of the Department of Justice once they finish crafting the policy. – Rappler.com