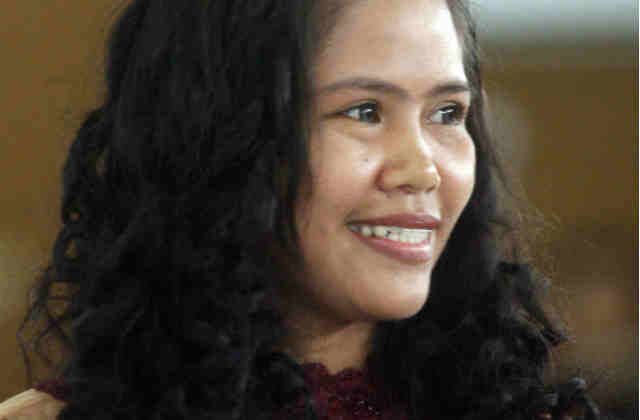 “Given the opportunity, I think he will,” said Presidential Spokesman Ernesto Abella during a press conference on Thursday, September 1, in response to questions.

Veloso, sentenced to death in Indonesia for drug trafficking, narrowly escaped execution in April 2015 after she was granted a last-minute reprieve following appeals from the Philippine government and the surrender of her recruiter who allegedly framed her.

Duterte is set to visit Indonesia from September 8 to 9, after he attends the Association of Southeast Asian Nations (ASEAN) Summit and related Summits in Laos.

The President himself referred to Veloso in a speech on Wednesday, August 31.

Referring to his upcoming trip to Indonesia, “Mayroon rin tayong preso doon marami, drugs, pati si [Mary Jane] Veloso. Ewan ko kung anong—I’m praying that I could do something for her,” he said.

(We have lots of prisons there, drugs, also Veloso. I don’t know if – I’m praying that I could do something for her.)

Veloso has been accused of trafficking drugs, a crime punishable by death in Indonesia.

Then President Benigno Aquino III had appealed for clemency for her twice. The Philippine government claimed Veloso was herself a victim of drug-trafficking, not a perpetrator.

Duterte himself had said he is a “hardliner” when it comes to drugs and has championed a controversial drug war in the Philippines.

He also favors the reinstatement of the death penalty in the country as part of the war on drugs, and crime, in general. – Rappler.com