Duterte: I once considered being a priest 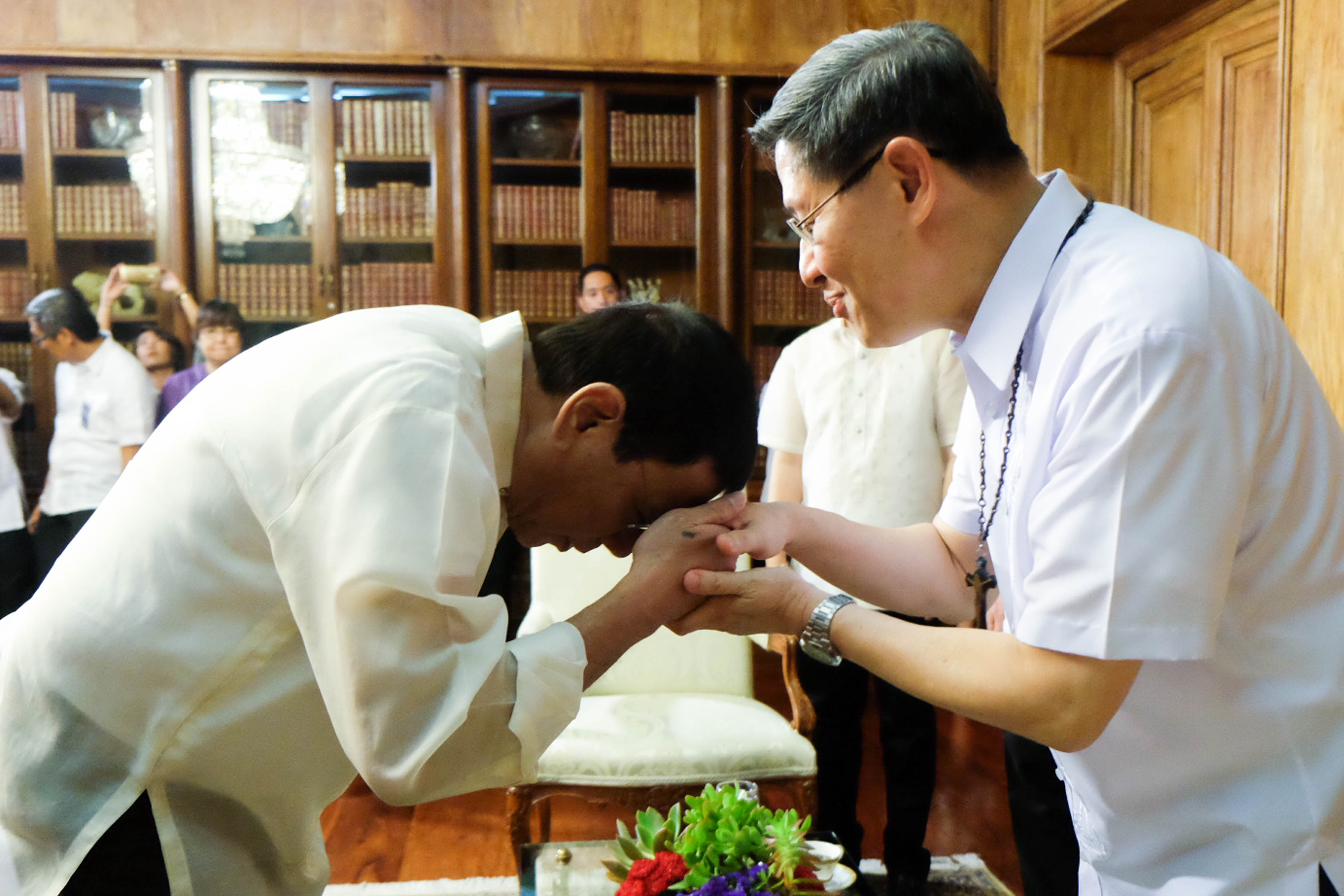 MANILA, Philippines – President Rodrigo Duterte, not exactly the holiest of men, said that he once mulled joining the priesthood.

“I consider[ed] at one time in my life [to be] a priest,” Duterte said on Wednesday night, August 31, during a gathering of a religious group in Davao City.

It’s unclear if this is another of his outrageous statements that should not be taken seriously.

But he followed it up with a statement that elicited much laughter from his audience.

(It’s good I didn’t join the priesthood or else now I would be a homosexual.)

Even during the 2016 campaign season, Duterte did not hesitate to express his views on the Catholic Church.

Although he says he is a Catholic, he has blasted the church for “hypocrisy,” blaming them for sins like corruption and sexual abuse.

Duterte had even admitted he himself was sexually harassed by a Jesuit priest when he was in high school.

He infamously cursed Pope Francis, leader of the Roman Catholic Church, for the traffic jams during the pontiff’s visit to Metro Manila in 2013.

Duterte later on apologized and planned to fly to the Vatican to personally say sorry to the Pope. – Rappler.com