Sep 2, 2016 9:05 PM PHT
Jee Y. Geronimo
Facebook Twitter Copy URL
Copied
The Coordinating Council of Private Educational Associations reminds the Commission on Higher Education's proposal: 'Focus on the pushers, and not the victims – such as the students' 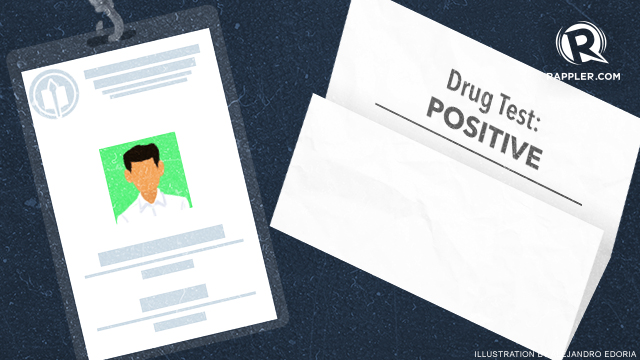 MANILA, Philippines – Members of the private education sector expressed worry about the Commission on Higher Education’s (CHED) proposal to include drug testing among the admission requirements in colleges and universities.

“What do they suggest we do with students found positive and, as they suggest, refused admission or kicked out of the school?” the Coordinating Council of Private Educational Associations (Cocopea) said in a statement sent to Rappler on Friday, September 2.

“While Cocopea acknowledges the value of this preventive measure, the Council maintains that the government’s campaign against illegal drugs should substantively focus on the pushers, and not the victims – such as the students,” said legal counsel Joseph Noel Estrada.

Estrada said Cocopea, which count 700 private colleges and universities as members, supports the government’s drive against illegal drugs “in principle.”

But he urged CHED to “actively confront” drug testing “with due consideration to academic freedom of higher education institutions, the principle of reasonable regulation of educational institutions, and accessibility of quality education for all.”

CHED first revealed its proposal on Wednesday, August 31, during its budget hearing. CHED Executive Director Julito Vitriolo then told Rappler that they will do consultations and public hearing on the matter.

The proposal was first made by the inter-agency committee for drug testing, which is part of the Cabinet Assistance System. It is tasked to study how the government can address the drug problem in schools and in the workplace.

“So, for the schools, at the moment, while there is no ruling yet on the mandatory drug testing, we’ll do random drug testing first, but also we’re going further to study the possibility of making it a requirement for admission in colleges and universities,” Vitriolo added.

He said CHED will seek the legal opinion of the Department of Justice (DOJ) after they craft the policy.

But Estrada on Friday noted there is already an existing law – Republic Act 9165 or the Comprehensive Dangerous Drugs Act of 2002 – that provides for high school and college students to undergo random drug testing.

“Contrary to CHED’s view, a legal opinion from the DOJ which they plan to seek, cannot be used as the legal basis for a mandatory drug testing of students. An opinion of the DOJ cannot amend RA 9165 which explicitly provides that drug testing shall be random,” he explained.

He noted that the Supreme Court has recognized that “the primary legislative intent of a random drug testing among students is not criminal prosecution, as those found positive for illegal drug use as a result of this random testing are not necessarily treated as criminals.”

He also stressed that in the conduct of random drug testing, there must be full cooperation and participation from schools and its administrators.

“While it is the government’s mandated responsibility as provided for in RA 9165 to conduct random testing on students both in public and private educational institutions, COCOPEA and its member schools must, however, always be on guard against unreasonable means that may be adopted by the government agency in the guise of its responsibility to conduct the said random testing.”

Estrada urged CHED to consult school officials and discuss with stakeholders in order to create clear implementing guidelines for the proposal, which Vitriolo said could be implemented as early as 2017. (READ: Lawmakers warn vs drug testing for college admission)

CHED contemplates the scheme amid Duterte administration’s crackdown on illegal drugs that has seen over 900 alleged drug suspects killed in police operations, and the surrender of over 600,000 alleged drug addicts. – Rappler.com