Duterte to bring up fishing rights with China in ASEAN summit 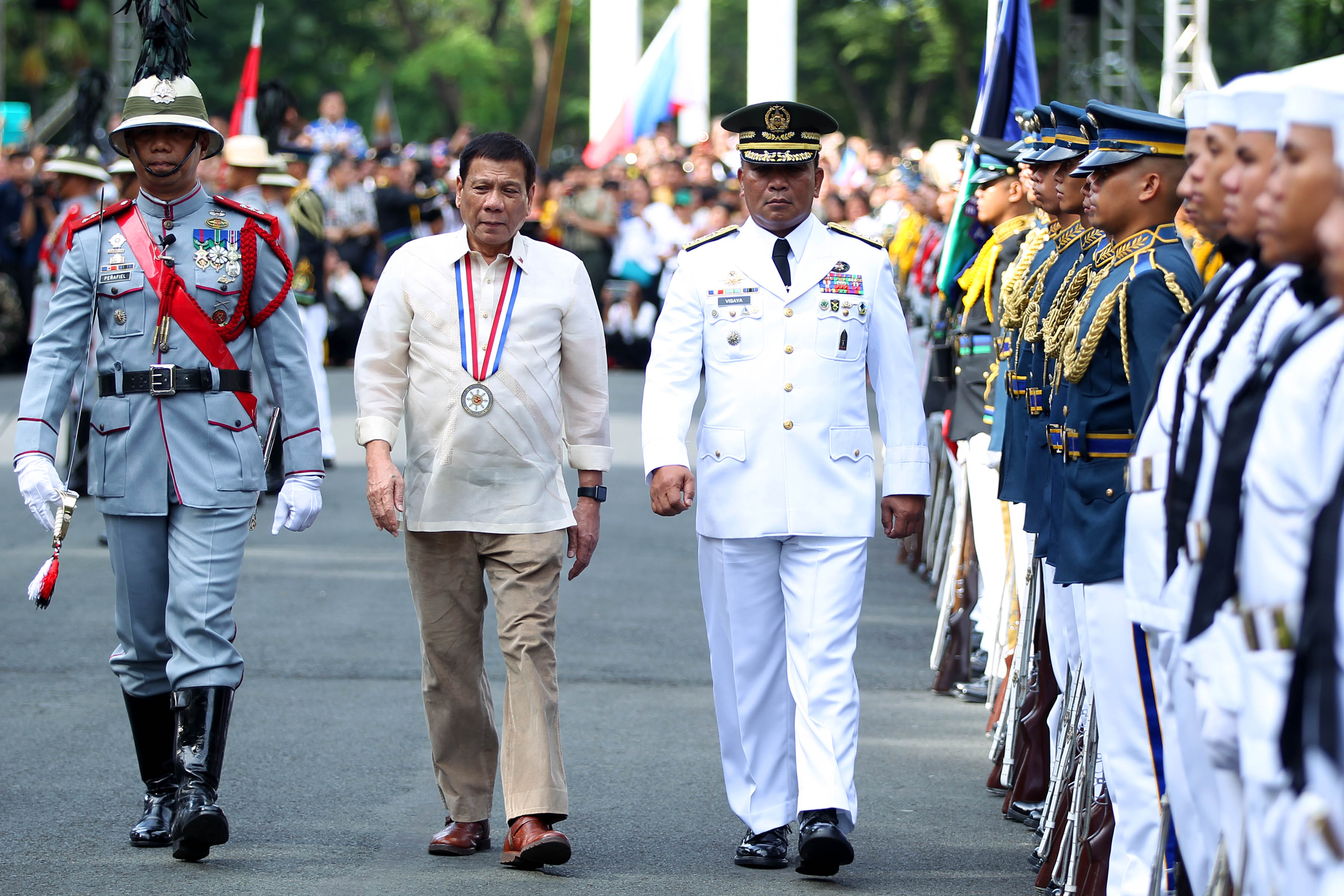 MANILA, Philippines – President Rodrigo Duterte may not bring up issues related to the West Philippine Sea during the Association of Southeast Asian Nations (ASEAN) Summit in Laos, but he intends to bring them up in bilateral talks or private talks with Chinese officials on the sidelines of the gathering.

“It is timely that I am going to Laos to attend the ASEAN [Summit]. There will be time, there’s gonna be a one-on-one with China and the Unites States, and Russia,” said Duterte during a press conference on Friday, September 2, in Panabo City.

Duterte said he would also bring up new reported construction activities in Scarborough Shoal and the fishing rights of Filipinos in the West Philippine Sea.

“But in my making the private talks, magtsika-tsika lang kami (we will have a chat). I’d like him, the Ambassador, to just answer the one question: Is there any ongoing construction for expansion in the South China Sea? And whether or not we can still have the fishing rights, which is really the entitlement of our country having won the arbitral proceedings,” said Duterte.

The President, who previously called on Chinese Ambassador Zhao Jinhua to consider the plight of Filipino fishermen, said he expects a “favorable” answer from China.

“I should be expecting a favorable answer when I get to Laos,” he said.

Earlier that day, Duterte said in a speech that he would insist on the historic Hague ruling as the starting point of bilateral talks between the Philippines and China.

The ruling, granted by an international arbitration court, nullifies China’s claims over the West Philippine Sea and condemned its reclamation activities there.

But China refuses to acknowledge the ruling and says it will reject bilateral talks based on the ruling.

Duterte said the ASEAN Summit would be his opportunity to assure the region and its allies of the Philippines’ commitment to international obligations and to raise the issue of trasnational crime, including drug trafficking. – Rappler.com