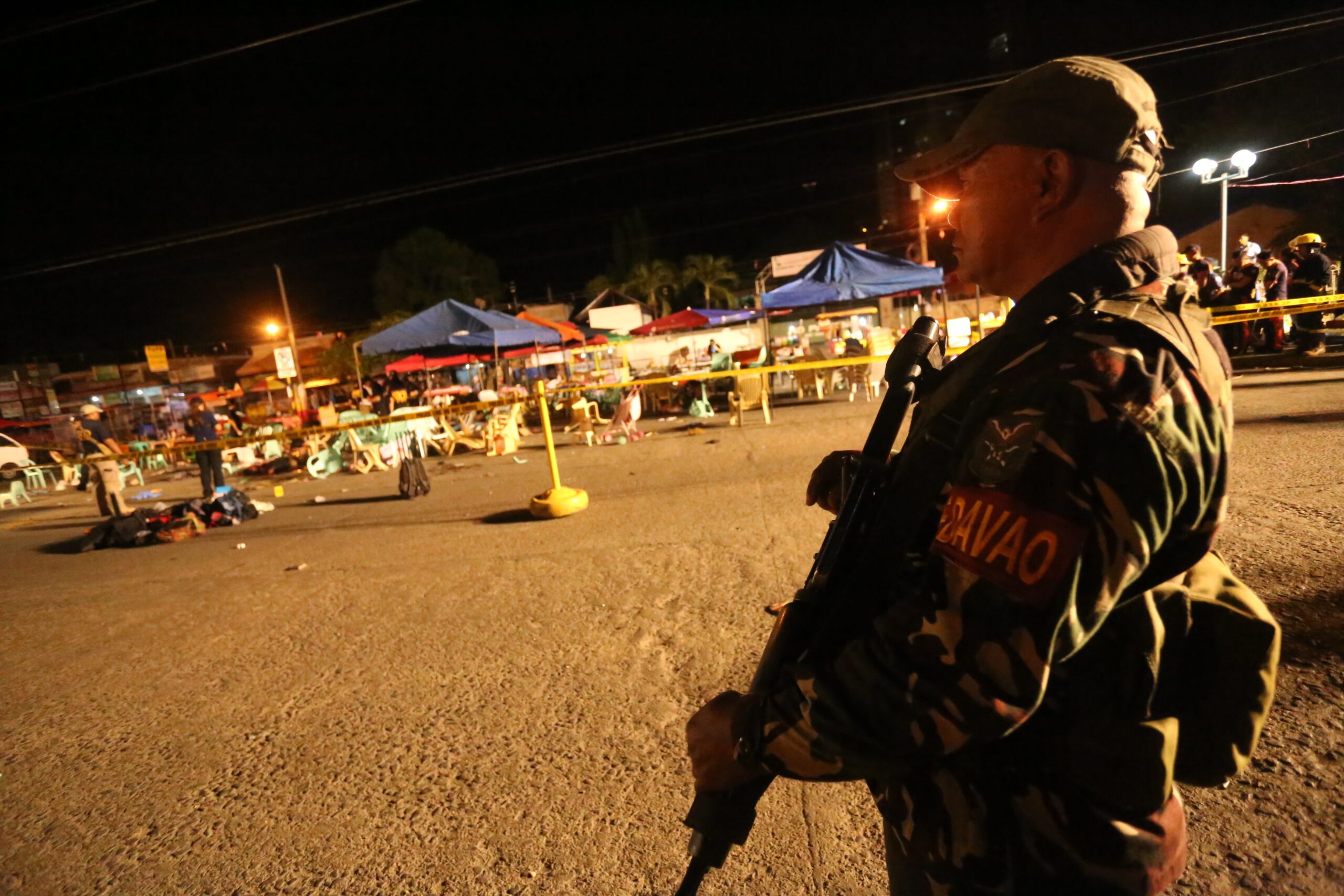 Early Saturday, September 3, President Rodrigo Duterte declared a “state of lawlessness” in the country which he said is not the same as martial law, but only to ensure “coordinated efforts” between the police and the military in the government’s fight against terrorism and illegal drugs.

“In connection to the explosion incident in Davao City last night, full alert is hereby declared nationwide. All RDs are directed to strengthen and fortify all police stations, detachments and camps to be double alert,” Chief Superintendent Camilo Pancratius Cascolan, PNP director for operations, said in a statement.

“Likewise, coordinate with all intel and friendly units in your areas and exercise extreme caution in conducting checkpoints,” he added.

Cascolan said police directors and chiefs of police will supervise the checkpoints and the “deployment of patrols in areas of convergence and vital installations.”

“Security in seaports, airports, terminals, malls, and other public areas should be doubled. All MSRs main supply routes shall have border control points and police security checkpoints and patrols,” he added.

In Metro Manila, the National Capital Region Police Office (NCRPO) reported that full alert status was disseminated among its police force at 12:01 am of Saturday, September 3.

It set up checkpoints in strategic areas, including “all routes to airports and piers/seaports” and stepped up intelligence monitoring.

“We are stepping up security measures  for everyone’s safety. All community activities remain normal, we will not allow lawless elements to derail our path towards peace. It will still be a weekend for families,” said Chief Inspector Kimberly Molitas of the NCRPO.

The directive comes hours after an explosion ripped through the Roxas Night Market in the southern city of Davao, killing at least 14 people and injuring more than 60 others.

Police are still investigating the cause of the explosion. – Rappler.com