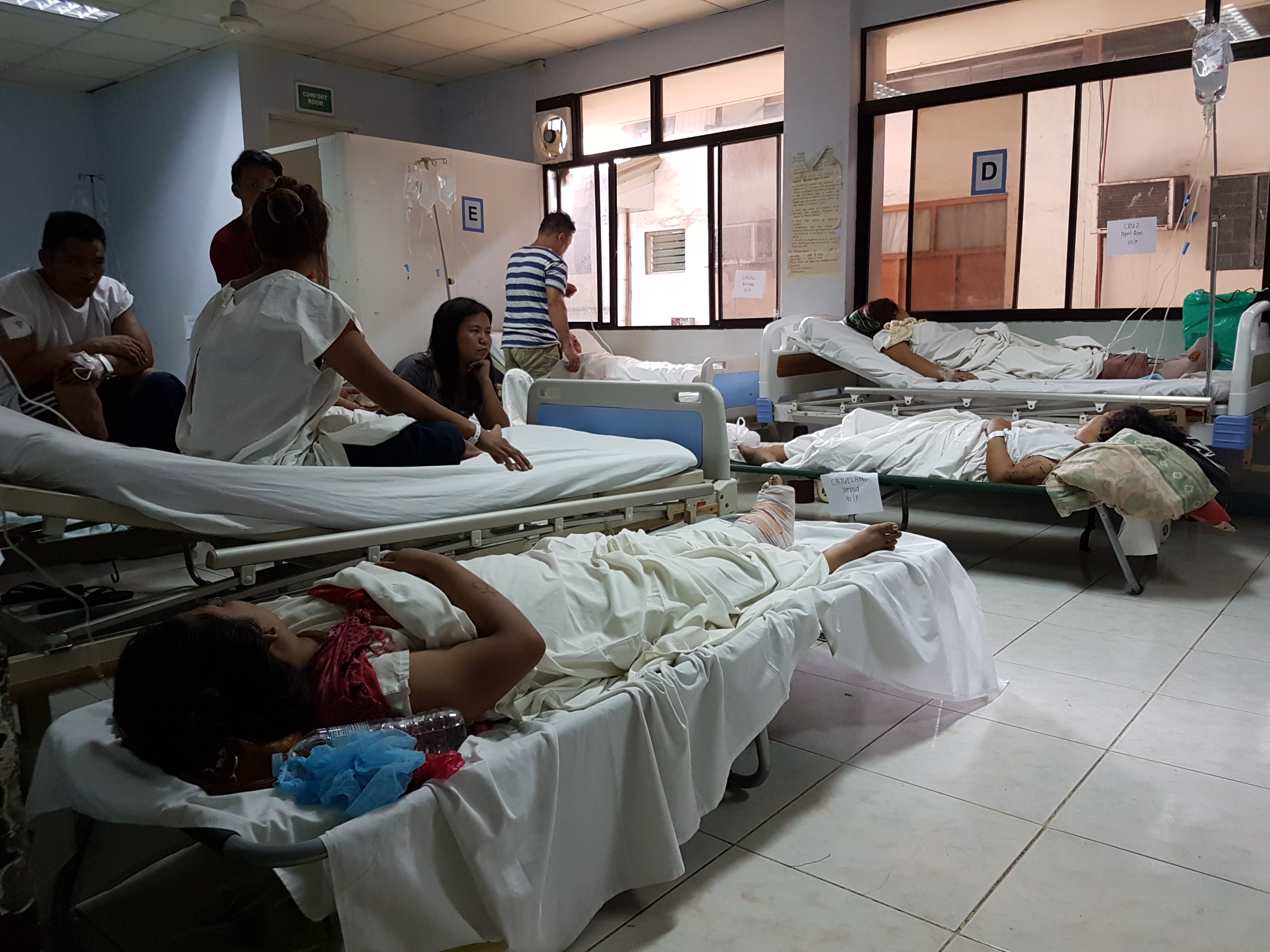 DAVAO CITY, Philippines – Many of the fatalities in the Friday night explosion here are massage therapists at the night market and their clients. One of their clients left his backpack in the area after getting a massage, and right before the explosion.

Geramil Bansil, one of the therapists at the night market along Roxas Avenue, recalled that it was a usual busy Friday for everyone at the market. “We had a lot to do, it was a busy day,” he said. “I just finished one client when the bomb exploded. I was facing the area where the bomb exploded. I felt something hit my eyes and there was darkness.”

Basil is now being treated in a hospital here, and there’s concern he might lose one of his eyes.

Masseuse Jenalyn Rosal told Rappler that a medium-built man wearing a bonnet got a massage that night, too. He was seated two chairs away from where she was and left his backpack after the session.

They called on the man to tell him he had left his backpack. ”Amo gitawag, sir nabilin imong bag pero nilakaw ra siya. After mga 30 seconds nibuto na, nagkagubot na mi (We called the man, sir, you left your bag. But he continued walking. After 30 seconds there was an explosion and commotion followed).”

Rosal said she didn’t see what happened to the man.

Police are now looking into what had caused the 10:20 pm explosion that killed 14 and injured more than 60 in President Rodrigo Duterte’s hometown.

Ten of the casualties died on the spot, while 4 died later in the hospital.

Of the wounded, 15 underwent surgery while 3 have been discharged, according to Dr Leonardo de Vega, chief of the Southern Philippines Medical Center (SPMC) hospital.

“Tiny shrapnels” were found in the victims’ bodies, he said.

“Most of them sustained massive shrapnel injuries in the liver and 15 were operated on. They are doing okay, they are now stable,” Vega added.

Most of the fatalities were either masseurs and masseuses, and their clients. The night market offers a space for rows of massage services.

Two of the wounded were siblings who went for a massage Friday night. Princess Sheena and Steven Tagadaya, both students of the Ateneo de Davao University in Davao, had told their mother that they were having a massage. But shortly after, they sent her another message about the bad news.

Ateneo is just across from the night market.

Stella Tagadaya, their mother, told Rappler: “They texted me that they were enjoying the massage as Steven had a fever. They said, ‘Mom, we are okay.’ But I was shocked when their next message was ‘Mom a bomb exploded.'”

Steven is being treated for fractured right legs while Sheen is confined at the ICU for her injured spinal column.

First cousins April and Grace Cruz were relaxing at the night market when the explosion happened.

Grace remembered hearing a loud blast. “We tried to run, but when I felt there was water running down my right knee, I stopped. I saw blood oozing. I realized I was hit.”