China to PH: Do not ‘hype up’ maritime dispute 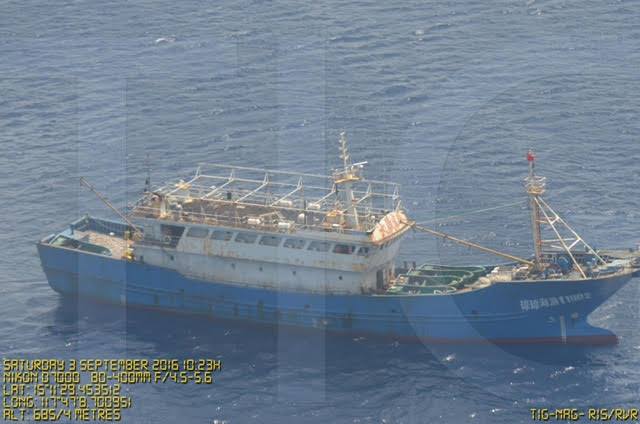 BEIJING, China – China on Monday, September 5, denied it had begun building an artificial island at a South China Sea (West Philippine Sea) flashpoint and cautioned the Philippines not to “hype up” their maritime dispute.

Philippine President Rodrigo Duterte said Friday, September 2, he had received an “unsettling” intelligence report showing China had sent barges to the contested Scarborough Shoal and had appeared to begin construction in the area for the first time.

Duterte has said he intends to ask Beijing – possibly at a regional summit in Laos this week – if they are reclaiming the shoal despite an international court ruling rejecting most of China’s claims in the resource-rich area. (READ: Duterte: Hague ruling will be my ‘platform’ for PH-China talks)

Hua, at a regular briefing Monday, cautioned the Philippines not to “hype up” the situation.

The shoal, which is just 230 kilometers (650 miles) from the main Philippine island of Luzon, has long been a bone of contention.

China took control of it in 2012 after a standoff with the Philippine Navy.

A UN-backed tribunal ruled in July that China’s claims to almost all of the South China Sea had no legal basis and its construction of artificial islands in disputed waters was illegal. (READ: CHEAT SHEET: What you need to know about PH-China case)

China has sought to bolster its claims by building a network of artificial islands capable of supporting military operations.

Its massive land reclamation has prompted criticism from the US and claimant countries, with Washington warning it endangers freedom of navigation in international waters. (READ: Duterte to China: You can’t avoid Hague ruling)

Apart from the Philippines, Vietnam, Malaysia, Brunei, and Taiwan also have partial claims to the sea, through which over $5 trillion in annual trade passes. – Rappler.com