Will Obama-Duterte talks push through?

Sep 5, 2016 8:18 PM PHT
Rappler.com
Facebook Twitter Copy URL
Copied
'He's a colorful guy,' Obama jokes on the eve of the scheduled face-to-face, before noting: 'I always want to make sure if I'm having a meeting that it's actually productive' 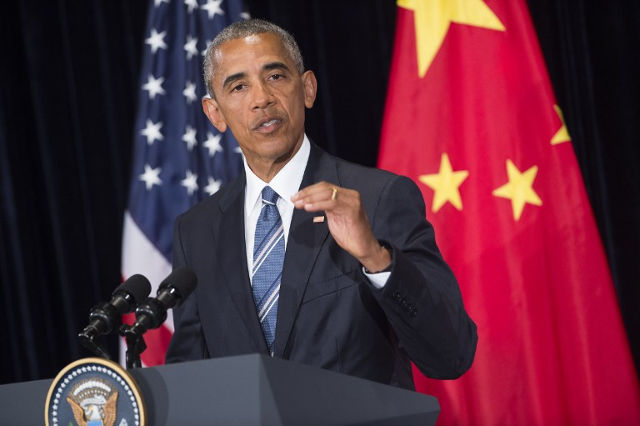 HANGZHOU, China – US President Barack Obama on Monday, September 5, called a planned meeting with Rodrigo Duterte into question after the Philippine leader launched a foul-mouthed tirade against him, the Agence France-Presse said in a report.

At a press conference before boarding his plane to Laos for the ASEAN Summit, Duterte said he will not answer Obama’s questions on human rights if he does not receive an apology for the United States’ deadly pacification of Moros in Mindanao at the start of the 20th century.

“He’s a colorful guy,” Obama joked on the eve of the scheduled face-to-face, before pointedly noting: “I always want to make sure if I’m having a meeting that it’s actually productive.”

Both leaders are scheduled to hold bilateral talks on Tuesday, September 6, in Vientiane, Laos, on the sidelines of the ASEAN Summit.

Talking about Obama earlier, Duterte said: “Wala akong pakialam sa kanya (I don’t care about him). Who is he? When, as a matter of fact, at the turn of the century, before the Americans left the Philippines in the pacification campaign of the Moro in this island, there were about – 6 million ang population ng Moro (the Moros had a population of 6 million). How many died? Six hundred. Answer that question and give the apology, I will answer it.” – with reports from the Agence France-Presse/Rappler.com