MANILA, Philippines – The Philippines needs 35,000 more doctors if it is to adopt the Cuban model in health human resource, Health Secretary Paulyn Ubial said on Monday, September 5, during a press conference at Malacañang.

Ubial was recently in Cuba from August 23 to 26 for an official visit that was strongly endorsed by President Rodrigo Duterte, who was impressed with the country’s successes in public health.

On Monday, Ubial said it will cost the Philippines around P57 billion ($1.22 billion) for an additional 35,000 more doctors in the country, which will then bring the doctor-to-patient ratio in the country to one doctor for every barangay (2,000 to 5,000 population).

But the P57 billion is only for the salary of health workers. Meanwhile, around P25 billion ($536.94 million) will be needed for one midwife or nurse per barangay (village).

Ubial said the government is still in the process of calculating what is feasible for the Philippines. (READ: Health chief Ubial: We’ll spend to the max on frontline services)

“Like in the interim maybe, one midwife per two barangay, and then move on until in the 6-year period of the President probably be able to address one doctor per a number of barangay. Because what we have now… the current situation is one doctor per municipality,” she said. 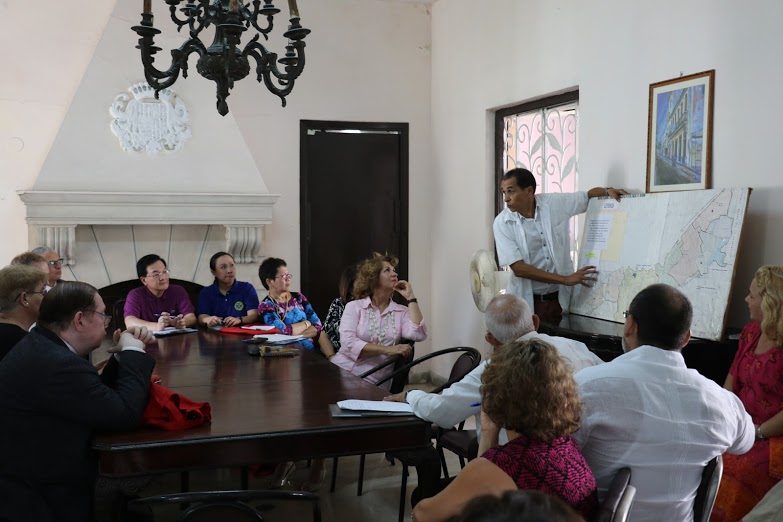 Asked why the country lacks the 35,000 doctors needed, Ubial said that the Philippines’ production of human resource is nothing like that of Cuba’s.

“In the Cuban model, their school of medicine is under the Ministry of Health. So, they are able to produce medical graduates that are attuned to their health agenda,” she explained.

But here in the Philippines, Ubial lamented that there are only 5 state-owned colleges of medicine. The country’s board exam passers for medicine is also much lower (30% to 40%) than that of Cuba’s (98%), she added.

“But we also have to consider the quality of the healthcare professionals. But anyway, I think that’s also one of the strengths of the Cuban model, that they really make use of the health professionals that they graduate,” Ubial noted. – Rappler.com