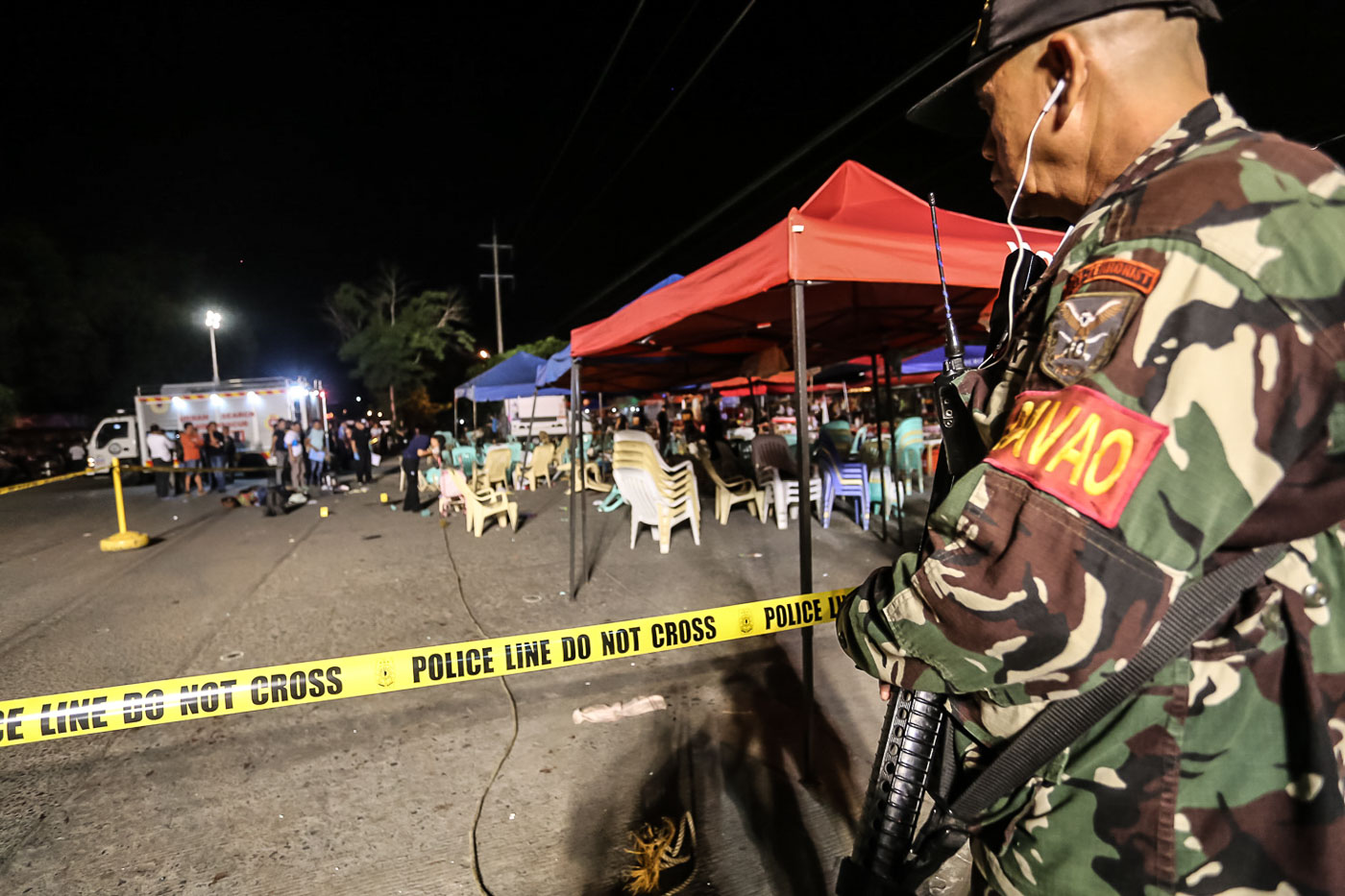 This is among the guidelines of Proclamation Number 55 signed by Executive Secretary Salvador Medialdea on Monday, September 5. The guidelines specify how the state of national emergency will be implemented.

Read Memorandum Circular No. 3 detailing the guidelines of the state of national emergency here:

The guidelines put the Department of National Defense and Department of the Interior and Local Government in charge of coordinating the “immediate deployment of additional forces of the AFP and the PNP.”

The Armed Forces of the Philippines and the Philippine National Police, as written in the proclamation, are tasked with suppressing lawless violence in Mindanao and preventing its escalation in the rest of the country.

The AFP and PNP are to be deployed “on major streets and thorougfares, as well as near crowded places such as malls and train stations.”

Their purpose is to “increase troop and military visibility for deterrence and quick-response purposes.”

But the guidelines also state that the “constitutional rights of every individual shall be respected and given due regard by the AFP and the PNP.”

It specifies that “no warrantless arrests shall be effected” except in the following situations:

Warrantless searches and seizures may only be done in the following instances:

For stop-and-frisk situations, typically done at the entrances of malls or public buildings, search is limited to “light patting on the outer garments” to be able to “detect the possession of weapons or similar effects.”

The guidelines also define what police and military are allowed to do at checkpoints.

Police and military are only allowed to “request to roll down vehicle windows, search for things in plain view,” and request for “identification and vehicle registration papers.”

Security forces are barred from “demanding the opening of trunks or lids or asking persons on board to step out.”

These can be done, however, if “the subject consents or agrees.”

AFP and PNP personnel who violate the guidelines and other constitutional rights will be held administrative and civilly or criminally liable. – Rappler.com