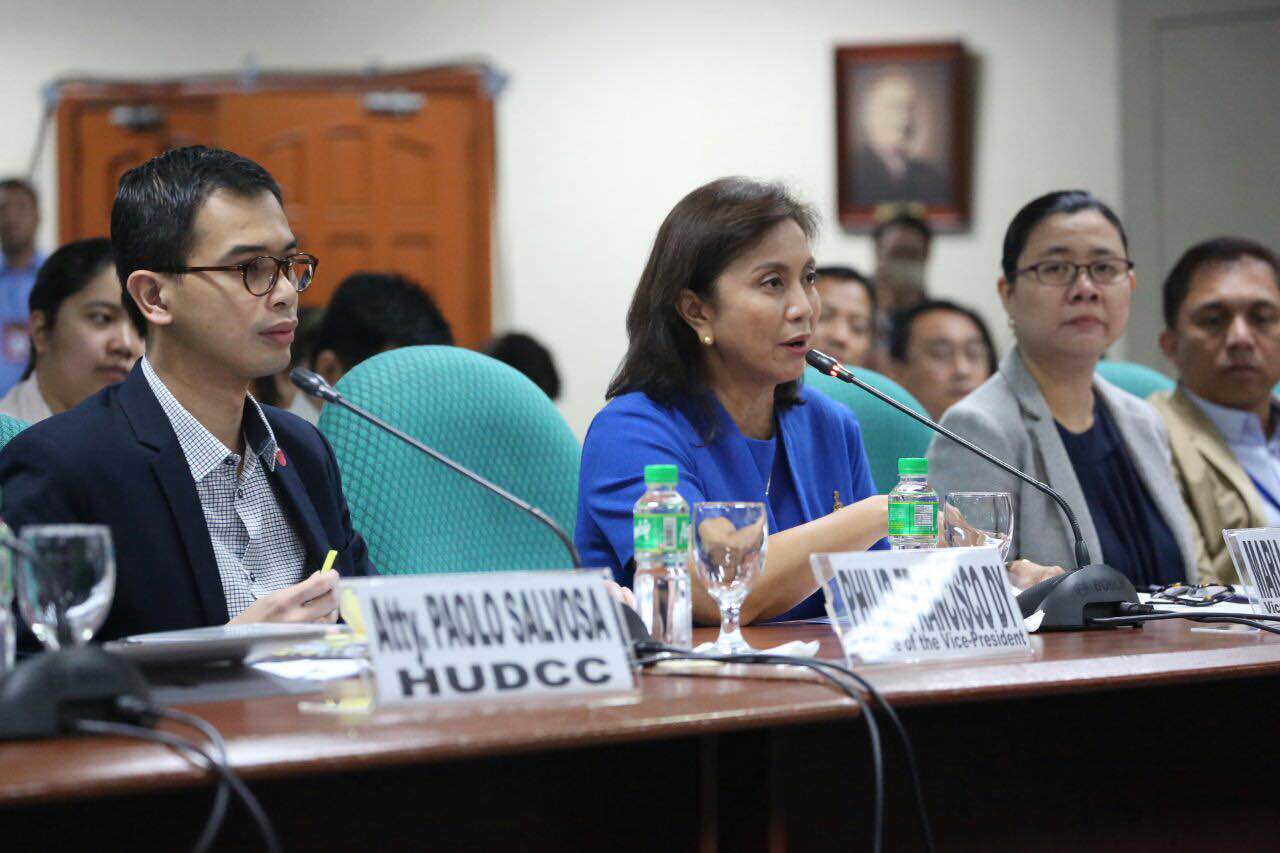 MANILA, Philippines – Government construction of homes has averaged only 200,000 per year as the public housing sector gets an allotment of less than 1% of the national budget on average, Vice President Leni Robredo told senators on Wednesday, September 7.

Robredo presented the data at the budget briefing of the Office of the Vice President and the Housing and Urban Development Coordinating Council (HUDCC), which she chairs, on Wednesday, September 7.

“We are only averaging 200,000 per year in the provision of socialized housing,” she stressed. (READ: Robredo: Gov’t must build over 2,600 homes a day to beat backlog)

The Philippines lags behind in addressing the housing backlog, which is expected to reach 5 million this year.

While housing is a basic need, the sector has not received enough funds to effectively address the volume of homeless families in the country, Robredo said.

“Budget for housing has only been less than 1% of the national budget [for the last 10 years],” Robredo said.

Based on her presentation, allocation for the housing sector has only surpassed the 1% mark for 4 fiscal years in the last decade.

Robredo said the “gold standard” target is 2% to 5% of the gross domestic product (GDP). At present, the government allocates only 0.12% of the GDP for housing.

Robredo’s goal is to address the housing backlog by the end of her term in 2022. She had earlier said that this will be a touch challenge since the OVP and the HUDCC have no executive mandates.

The Vice President is pushing for the creation of a housing department. Senators expressed support for the proposal during the budget hearing.

Bills seeking to create the new department have been filed at both the Senate and the House of Representatives.

“If we can finish it by October, then we can fund it for 2017. Can you finish that? Senate finance committee chair Loren Legarda asked Senator Joseph Victor Ejercito, who heads the Senate committee on housing.

“That’s why I can’t go on vacation,” Ejercito quipped.

Asked about the prospects of the proposed department in the 17th Congress, Ejercito said, “We have very been close to passing the measure last year but the election season caught [in the last Congress].”

“Now, we’ll just adopt the bill itself. I hope pur counterparts in the House may also fast track [their version] so that by next year, we will have a department of housing,” he added.

Robredo also raised the common problem of the lack of livelihood in relocation sites that she visited.

She said she is advocating in-city relocation because informal settlers tend to return to their former homes due to the absence of employment opportunities. The Vice President also said that these communities must be empowered through training for micro businesses.

Legarda suggested that HUDCC coordinate with other government agencies such as the labor, social welfare, and trade departments for the micro-enterprise programs.

“Talk to each department with a micro-enterprise component. They have big funds for that that amounts to as much as billions,” Legarda  said in Filipino. – Rappler.com