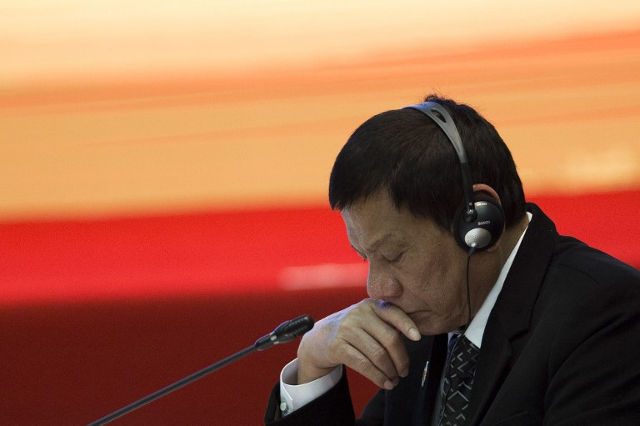 “They met at the holding room and they were the last people to leave the holding room. I can’t say how long they met,” Philippine Foreign Secretary Perfecto Yasay, traveling with Duterte, told reporters shortly afterwards.

“I think na-iron out na ang kanilang differences,” Jose said. (I think they have ironed out their differences.)

Jose added that it “is important” for Duterte and Obama to have talked because of concerns that the US has recently aired.

However the White House had no immediate comment and the Philippines did not elaborate on what was said.

Obama canceled Tuesday’s planned meeting with Duterte on the sidelines of the Association of Southeast Asian Nations Summit after the Duterte criticized Obama the previous day.

His outburst was in response to comments by Obama’s aides that the US president planned to raise concerns about Duterte’s war on crime that has claimed 3,000 lives in just more than two months. – with reports from Agence France-Presse/Rappler.com