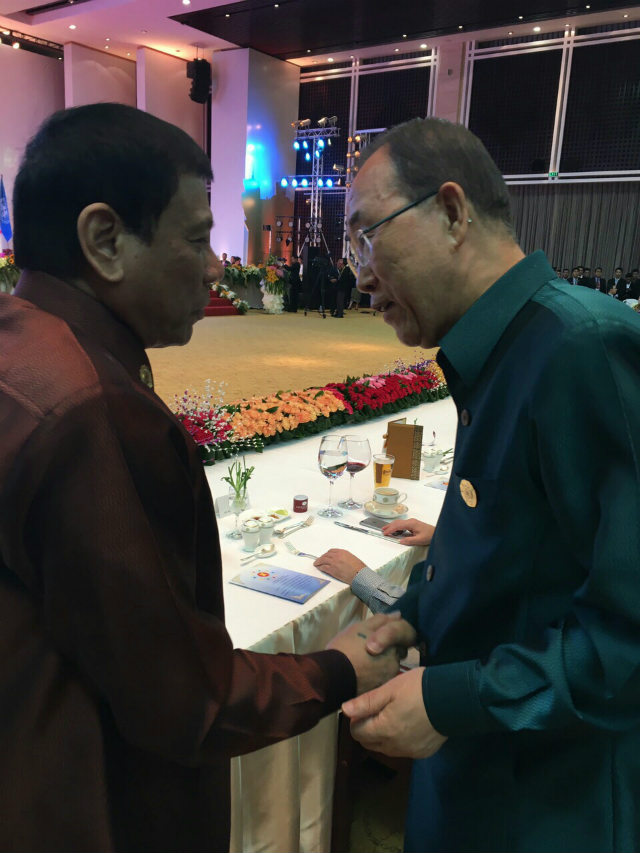 Duterte has detested Ban’s remarks on extrajudicial killings in the Philippines.

On June 2, even before he took office, Duterte criticized the UN for failing to solve the conflict in the Middle East and not helping the “black people” in Africa.

Months later, Duterte threatened to leave the UN because of his “frustrations” with the international body. The Philippine Department of Foreign Affairs (DFA), however, clarified that the Philippines remains “committed” to the UN.

Referring to Duterte and Obama, DFA spokesman Charles Jose said, “I think na-iron out na ang kanilang differences.” (I think they have ironed out their differences.)

This happened two days after Duterte criticized Obama over Washington’s criticism of extrajudicial killings in the Philippines.

The ASEAN Summit is the first international meeting that Duterte is attending as chief executive. – Rappler.com