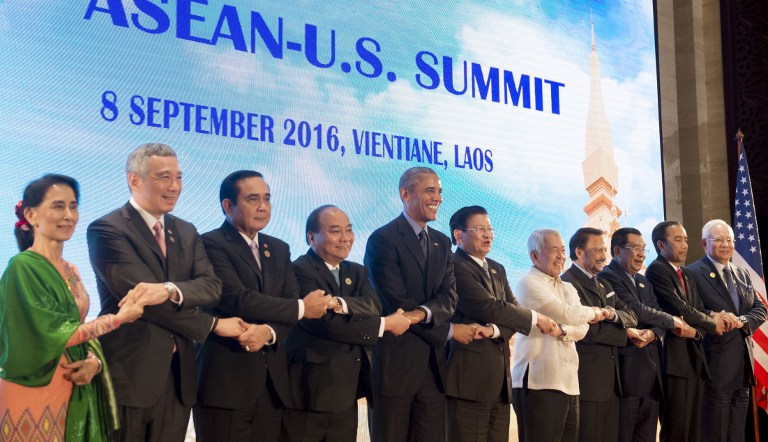 The Philippine Office of the President has not released an explanation for Duterte’s absence as of posting time.

During the ASEAN-US Summit, Obama brought up the Philippines’ legal victory against China over the South China Sea.

An arbitral tribunal at the Permanent Court of Arbitration in The Hague, Netherlands, struck down China’s expansive claim over the South China Sea in a historic ruling on July 12.

Obama said on Thursday: “With respect to maritime issues, we continue to work to ensure that disputes are resolved peacefully, including in the South China Sea. The landmark arbitration ruling in July, which is binding, helped to clarify maritime rights in the region.” (READ: Obama says South China Sea ruling ‘binding‘)

“I recognize this raises tensions but I also look forward to discussing how we can constructively move forward together to lower tensions and promote diplomacy and regional stability,” Obama added.

Duterte also skipped the ASEAN meeting with the United Nations on Wednesday, so he could pay a courtesy call on Laos President Bounnhang Vorachith.

The Philippine leader had publicly detested Ban’s remarks on extrajudicial killings in the Philippines. – Rappler.com