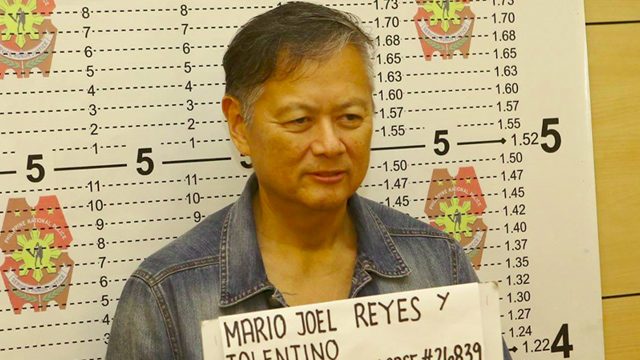 MANILA, Philippines – A Palawan court denied the bail bid of former Palawan Governor Joel Reyes, a suspect in the murder of journalist and environmentalist Gerry Ortega on Thursday, September 8.

In a statement, Michaella Ortega said the Ortega family “welcomes the decision of Judge Angelo R. Arizala to deny bail to former Palawan Governor Joel Reyes, after having found strong evidence of guilt for the murder of Doc Gerry Ortega.”

The statement added: “We continue to fight for justice. After 5 years and 6 months since Doc Gerry’s murder, we are finally proceeding to the murder trial of the mastermind. We must remain vigilant in these later stages of the trial.”

In a GMA report, Ferdinand Topacio, the legal counsel of Reyes, declined to comment on the development as he has not yet received a copy of the ruling.

Joel Reyes, along with his brother ex-Coron town mayor Mario Reyes were implicated in Ortega’s murder and were arrested on September 21, 2015. Mario Reyes was granted bail on May 6. – Rappler.com