Duterte sits down with 6 leaders in 1st int’l trip 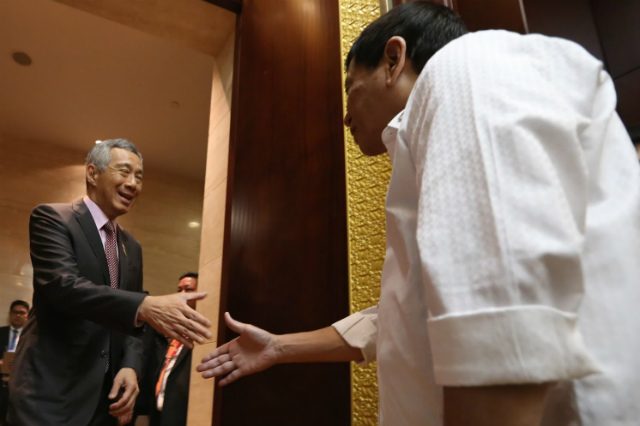 Facebook Twitter Copy URL
Copied
Vietnam promises a long-term supply of rice to the Philippines, while Japan vows to uphold the rule of law in the disputed South China Sea

VIENTIANE, Laos – Philippine President Rodrigo Duterte sat down with at least 6 world leaders on the sidelines of the Association of Southeast Asian Nations (ASEAN) Summit in Vientiane, Laos, which was his first international trip.

Duterte held bilateral meetings with the following leaders while the ASEAN Summit was ongoing:

The Philippine Office of the President provided highlights of 4 of these bilateral meetings: These bilateral meetings do not include short conversations he has had with other world leaders during the ASEAN Summit.