Duterte to media: It is your sworn duty to ask questions

Sep 10, 2016 7:00 AM PHT
Facebook Twitter Copy URL
Copied
'I am not at liberty to be angry at anybody. It is your sworn duty to ask questions...Wala akong galit sa inyo,' the President says 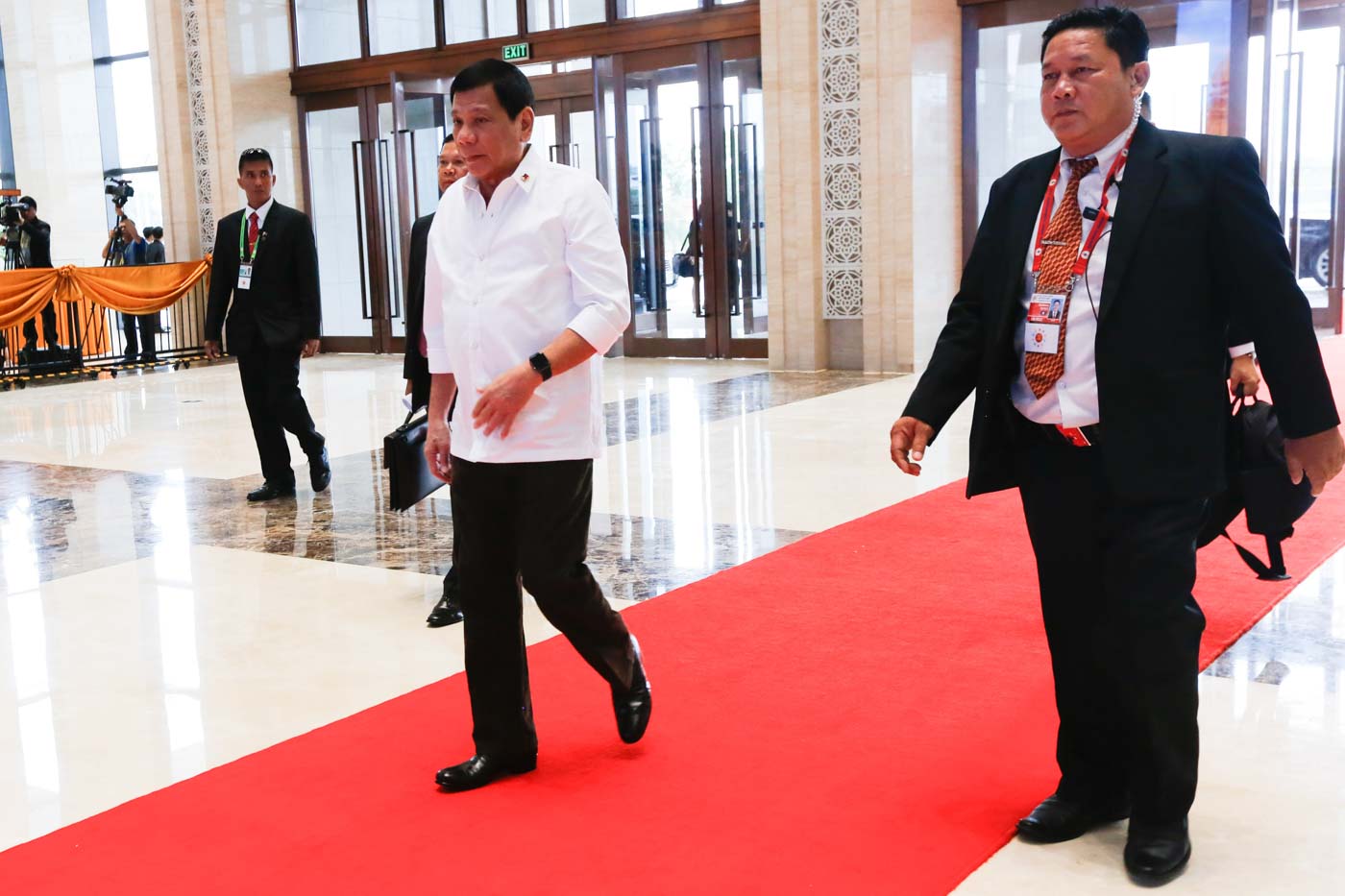 MANILA, Philippines – After blaming media reports for the “strong comments” that sparked a diplomatic row between the Philippines and the US, President Rodrigo Duterte on Saturday, September 10, said that he was not harboring anger toward members of the press.

“I am not at liberty to be angry at anybody. It is your sworn duty to ask questions…Wala akong galit sa inyo,” he told reporters in Davao City after his arrival from his trips to Laos and Indonesia earlier this week.

Duterte had made international headlines over his expletive-laden comments prior to his departure for the ASEAN Summit in Laos. Asked by media what his response would be if US President Barack Obama asked him about extrajudicial killings in the Philippines, Duterte had made threats, and uttered a curse, which was later reported as being directed at Obama.

Duterte’s camp later issued a statement saying he regretted that the comments came across as a personal attack.

Speaking to reporters in Davao, Duterte again repeated this clarification, saying he was complaining about the situation but never directed any insulting statement to anyone.

He also told media that it is their duty to their country to provide “true and accurate” reports.

“Do not hesitate to attack me, criticize me if I do wrong in my job. It is your duty to your country,” he said. – Rappler.com