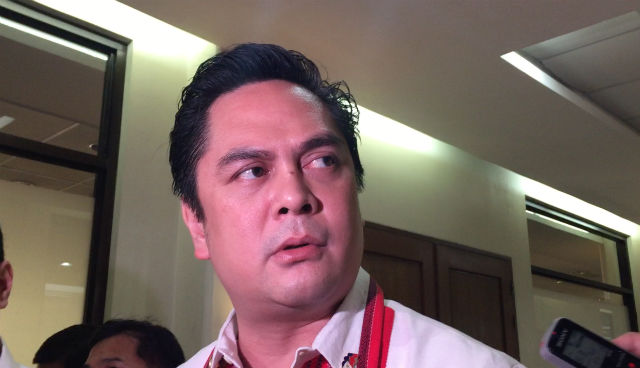 MANILA, Philippines – Communications Secretary Martin Andanar promised to put an end to the blunders of the Presidential Communications Office (PCO) as it presented its proposed P1.255-billion budget for 2017 before the House committee on appropriations on Tuesday, September 13.

During the deliberations, Albay 1st District Representative Edcel Lagman asked Andanar if the PCO can avoid making any more mistakes given the budget hike it is seeking.

“I can assure you, chairman, congressman, sir Lagman, that those mistakes will never happen again and I can also assure the committee on appropriations that the editorial independence that President Rody Duterte has impressed on us, once we improve and once we level up the communications services of the government, PTV, and Radyo ng Bayan, that editorial independence will happen and we will make sure that it will happen,” said Andanar.

The PCO has been under fire for committing one communication gaffe after another.

These include miscommunication on the coverage of President Rodrigo Duterte’s declaration of a state of lawless violence, a premature announcement on the seating arrangement at the ASEAN Summit gala dinner, and the Official Gazette’s controversial Facebook post commemorating the 99th birth anniversary of the late strongman Ferdinand Marcos.

Andanar acknowledged the PCO’s mistakes, attributing the wrong ASEAN Summit seating arrangement announcement to the “overzealousness” of a staff member.

“We have had lapses in our operations and these lapses are lapses that happened because of one overzealousness of our staff at the Presidential News Desk, even announcing the seating arrangement of the ASEAN leaders which we are not supposed to announce because these matters are supposed to be exclusive and the media can only [find out] while the event is happening,” said Andanar.

He also described as a “blunder” the series of caption changes made for the Official Gazette’s photo commemorating Marcos’ 99th birthday.

Marco Angelo Cabrera of the Official Gazette drew flak because he was linked to the allegedly “pro-Marcos” edits made on the Facebook post. Cabrera was part of the campaign staff of former senator Ferdinand Marcos Jr, son of the late dictator, during the May polls.

Andanar said he takes “full responsibility” for the PCO’s lapses.