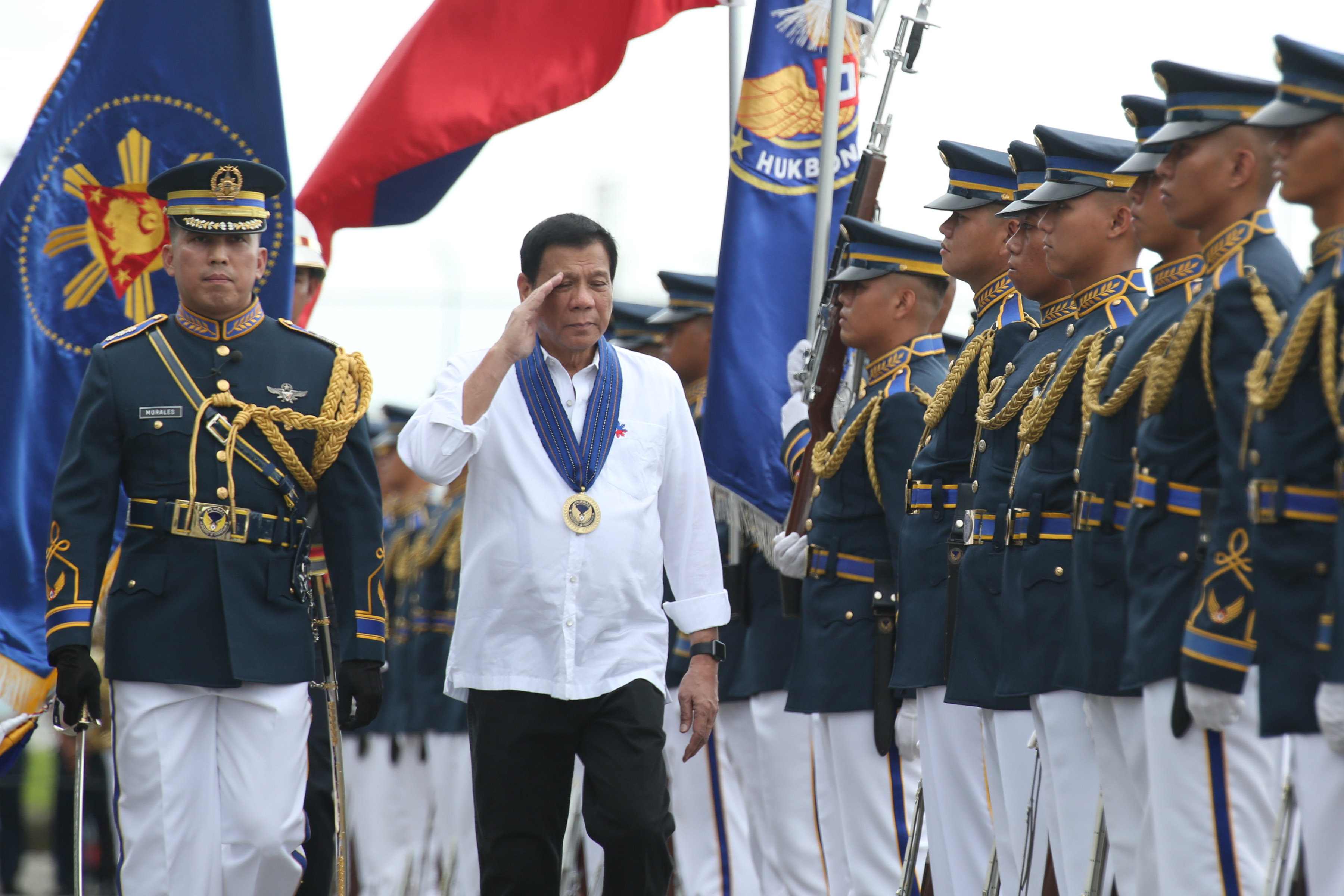 MANILA, Philippines – President Rodrigo Duterte has instructed Philippine defense officials to go to Russia and China to buy defense assets from those countries.

(I would like to ask Defense Secretary Lorenzana to accompany the technical people. Go to Russia and China and see what’s the best.)

He was speaking at the 48th anniversary of the Presidential Airlift Wing at Villamor Air Base, attended by Philippine Air Force (PAF) troops and military officials.

Two countries, he said, have offered the Philippine government a soft loan for the purchase of military equipment.

“Two countries have agreed to give me the softest loan. It will be payable in 2025,” he said, while giving assurances that the government has the money for defense assets as part of the military’s modernization plan.

Duterte has told these two countries that he prefers assets that can be used to fight insurgencies and terrorism, particularly in Mindanao.

“Sabi ko sa kanila na I want weaponries and armaments, hindi ko kailangan ‘yang mga jets, ‘yang mga F-16 (I told them I want weaponries and armaments, I don’t need jets, the F-16s), that’s of no use to us. We don’t intend to fight any country using that….Let’s content ourselves with even the propeller-driven planes but which we can use extensively sa (in) anti-insurgency,” he said.

Aside from “propeller-driven planes,” he wants “short-run bombers” to counter internal threats.

F-16 jets, which Duterte said are unnecessary, were offered by the United States to the Philippines. The US has provided two warships – Alcaraz and Del Pilar – pending the Philippines’ procurement of brand new ones. (READ: Duterte attacks US, praises China)

The Philippines has no defense treaty or agreements with China and Russia. It has a Mutual Defense Treaty and an Enhanced Defense Cooperation Agreement with the US inked in 1951 and 2014, respectively.

Duterte said he would only allow the “government-to-government” purchase of equipment and deals with “no strings attached.”

“We can buy the arms where they are cheap and where there are no strings attached and it is transparent. I told them, I would not deal with you except on a government-to-government basis,” the President said.

China, a potential source of Philippine defense assets under the Duterte administration, is in the middle of a maritime dispute with the Philippines.

It continues to reject an international arbitral tribunal’s ruling that recognizes the Philippines’ claim over the West Philippine Sea and not China’s. (READ: China rejects talks with PH if ‘based on ruling’)

But Duterte made it clear he wants to use new military equipment for internal security threats such as terrorism in Mindanao which “could generate into a full-blown civil war.”

Duterte assured the military that the modernization of the Armed Forces would continue under his administration.

“You will start your modernization further with me. Ibigay ko sa lahat sa inyo ‘yung kailangan ninyo para talunin ‘yung kalaban (I will give you everything you need to beat the enemy),” he said.

The President also said he wants to improve medical services for the military and the police, as he complained about the current system’s complicated bureaucracy.

He said he is “not comfortable” with the various divisions of the military paying “interbranch” for medical services. To make things more efficient, he prefers a single medical service command for the entire military and eventually for the police.

“I’d like just to give you one service command para sa lahat (for all). It would expedite matters and centralize everything,” he said.

Duterte, in a previous military camp visit, promised the construction of a new building at the AFP (Armed Forces of the Philippines) Medical Center as well as the purchase of new medical equipment, all worth P500 million.

On Tuesday, he repeated his intention to convert presidential planes into air ambulances for the military. He said he would be comfortable taking commercial flights instead.

For the PAF, he is devoting P2 million for the extension of pilots’ quarters, and the repair of barracks worth P900,000. – with a report from Carmela Fonbuena/Rappler.com