Duterte’s advice to critics: Don’t lecture me in public 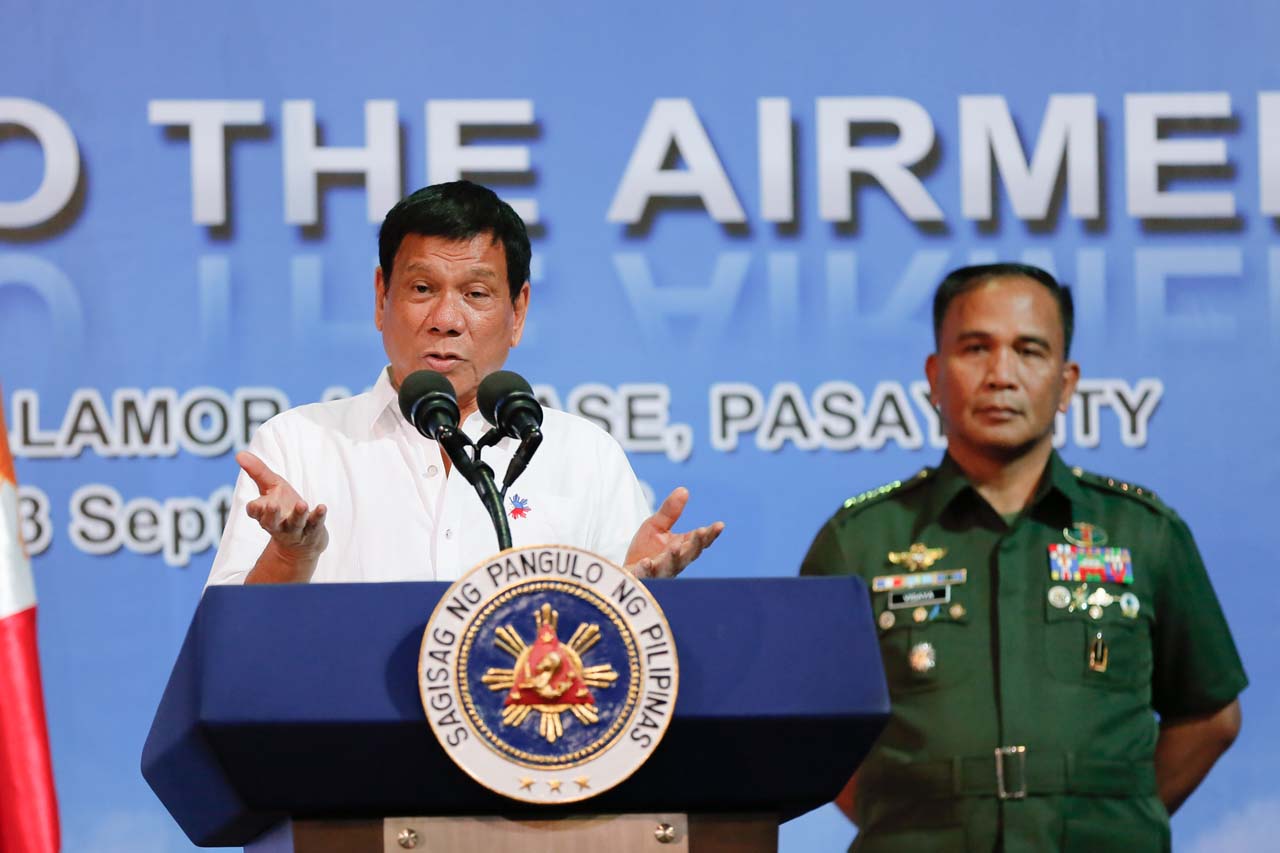 MANILA, Philippines – To avoid getting insulted by the Philippine President, critics should avoid “lecturing” him in public and “bring the matter to the United Nations” instead.

President Rodrigo Duterte gave this piece of advice to his critics during his speech to Philippine Air Force troops on Tuesday, September 13.

“If you want to attack me or to lecture on me, do not do it in public just what like isang presidente, pati si UN (United Nations) [did]. You know, when you lecture on me, nagagalit ako,” he said, referring to US President Barack Obama and officials of the UN who have called him out for alleged human rights violations.

(If you want to attack me or to lecture on me, do not do it in public just what like one president and the UN [did]. You know when you lecture on me, I get mad.)

Duterte observed that when he issues angry remarks in public, it’s his outrageous words that grab headlines.

(What is highlighted is actually my reaction, not what they did to me.)

But after hitting the UN for passing judgment on him, Duterte suggested the “proper way” of criticizing him would be to course concerns through the same international body.

“If you want to criticize me, you bring the matter to the United Nations. Tapos tawagan nila ang atensyon ko (Then they’ll call my attention), then I will answer, maybe in writing or send somebody there if I cannot go there personally,” he said.

Duterte said it was okay to criticize him before when he was mayor, but things are different now that he’s the President.

“You know, because mayor lang ako eh (I was just a mayor then). But ngayon Presidente na ako (But now that I’m President), you should be careful,” he said in an event also attended by journalists.

He said he cannot be lectured like someone who is inferior.

(Don’t just – because I’m not inferior to you. I’m not your employee. So if you do that to me, I will retaliate by really cursing you. Who are you to lecture me?)

Three months into the presidency, Duterte has had to face criticism for the spate of  killings in his drug war from the United Nations, Obama, Supreme Court Chief Justice Maria Lourdes Sereno, the Catholic Church, human rights groups, senators, and others.

Towards critics like Senator Leila De Lima, Obama, and UN Secretary-General Ban Ki-moon, Duterte has lashed out with curse-laden rants that have made headlines nationwide and abroad. – Rappler.com