Sep 17, 2016 4:50 PM PHT
Ryan Macasero
Facebook Twitter Copy URL
Copied
The first time public servant says, 'I wouldn’t do it if I didn’t believe this administration is our best chance at changing the country'

CEBU CITY, Philippines – If you had asked Cebuano businessman Michael Lloyd Dino 6 months ago if he would consider giving up his career as a successful entrepreneur for public service, he would have laughed it off as a joke.

But when the newly-elected President Rodrigo Duterte asked Dino to be his Presidential Assistant for the Visayas, he knew it was serious.

“I visited with only the purpose of congratulating Digong, but he got up and said ‘this is going to be my guy in the Visayas,’” Dino said.

Dino is a founder of the ‘Bisaya Na Pud’ group in Cebu, one of the first groups that began pressuring Duterte to run as early as 2014. Once he made his candidacy official, they were among several groups who campaigned for their bet in Cebu, the province that delivered 1.1 million votes for the president.

“You want me to be your assistant in the Central Visayas?” Dino asked Duterte. “No, the entire Visayas,” Duterte replied. Duterte then instructed Salvador Panelo, his legal adviser, to draft the appointment papers.

Last June 30, Dino would not only become a public servant for the first time at 48, he would be filling an office that had been vacant for 6 years. (READ: Cebuano businessman to be Duterte’s presidential assistant for the Visayas)

In 2004 Gloria Macapagal Arroyo opened Malacañang sa Sugbo as her official residence and office in the Central Visayas. She appointed Felix Guanzon as her Presidential Assistant, who was only assigned as the assistant for Region VII.

But when the Bohol earthquake struck last 2013, the then abandoned building suffered structural damage. Dino will move his office there once rehabilitation work is complete.

“I will not pretend like I know everything about the job,” Dino says. He is not a politician and does not plan to become one after 2022. Dino says that’s his advantage.

“If you work based on the premise that you are setting the stage to launch a political career, then the things you can do will be limited,” he says. “Me, it doesn’t matter. I can do what I think is right regardless of politics and parties. I will stay for 6 years, as long as Duterte is in office, and not a day longer.” 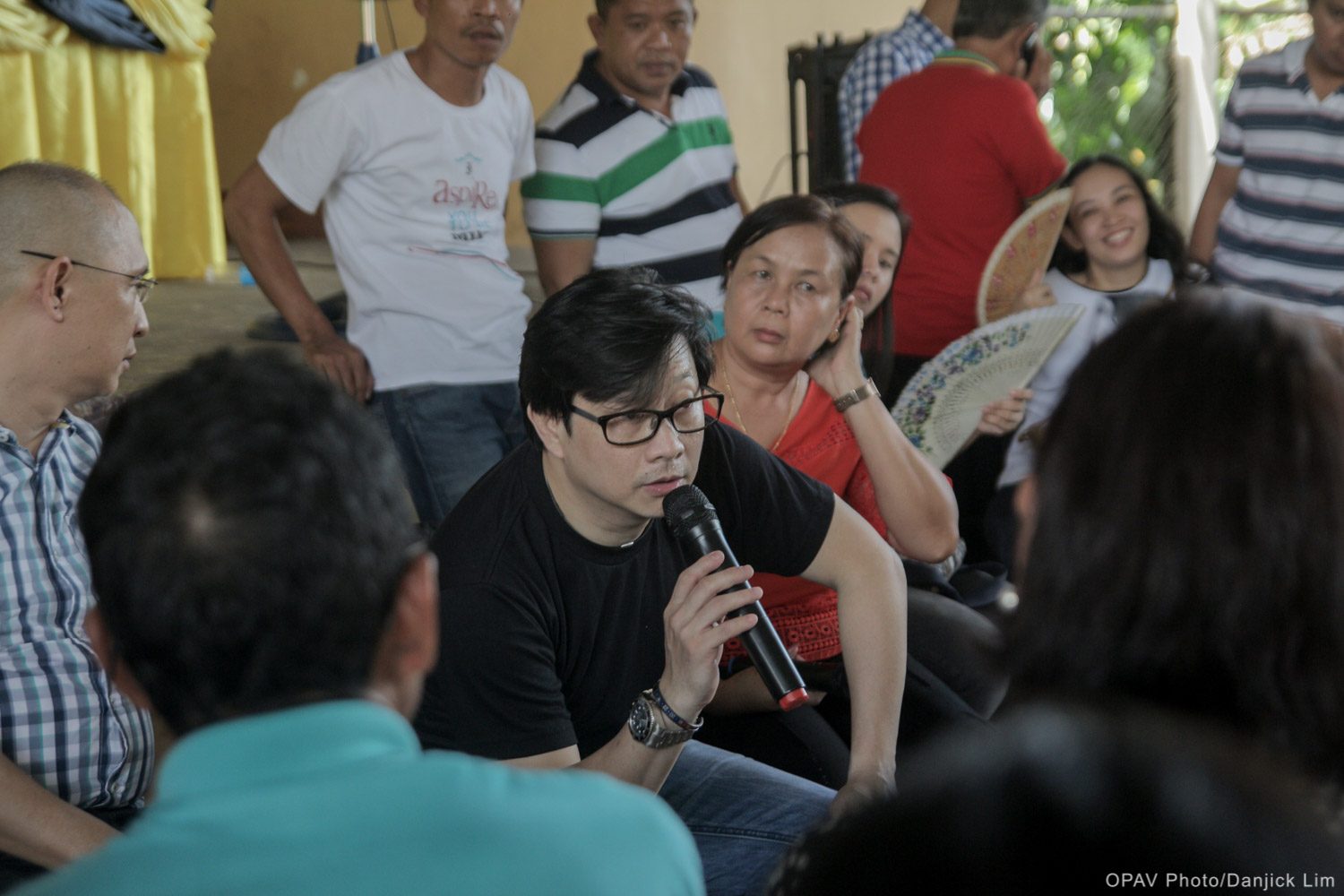 The territory of Dino’s new office oversees the concerns of a region home to 20 million people.

“The president instructed me to go to the poorest of the poor and find out how to help address their needs,” Dino tells Rappler about his consultative visits. He started with Samar and Leyte, areas that are already considered among the poorest areas in the country, even before they were devastated by Super Typhoon Yolanda (Haiyan) in 2013.

In the first week of September he made his way to the Western Visayas for the first time. The morning of September 6, he choppered to Bacolod, Negros Occidental, from his base in Cebu City.

Local executives waited to speak with the president’s “alter ego’ about issues concerning their respective municipalities. “But before we get started. It is important you know what I do,” he told the table of mayors and governors.

“The president has asked me to be the link between Malacañang and the Visayas,” Dino said. He joked, “I like to think of myself as the president’s ‘yaya’ of the Visayas.”

He added, “For far too long, the Visayas and Mindanao have been left behind by Manila. Now, it’s our turn.”

He echoed the message of his boss. That the provinces must be included in development, and the perceived Manila-centric attitude in government must stop. And he knows this rhetoric well from when he campaigned for Duterte earlier this year.

“They say I can be tough, but I’m not as tough as Digong,” Dino says about the president. He compares Duterte, known for his tough talk and cursing, to a cactus. “On the outside is a hard shell and thorns, but if you cut it open, the inside is soft and sweet,” he says. Dino, however, is no cactus.

A business management graduate of De La Salle University, and a father of 6, Dino speaks with clarity and focus. His meetings are organized and quick – and finishes them without dropping a single curse word.

Some concerns of the local execs he meets with are specific, like budgets for their municipal hospitals. Others are more general, like improving tourism in the Western Visayas.

Dino does not see his office as a redundancy of existing agencies, but one that would – hopefully – help make sure issues in the Visayas are prioritized in the capital. “I don’t want to duplicate their job, but call their attention to important issues.”

The pace of government, Dino says, is one of his main frustrations with his new role so far. “Often, because of legalities and processes, it makes things more complex than they need to be.” He adds, “These are simple things that can be done fast, it’s just common sense. But because of bureaucracy, it can’t be done.”

Like his boss, he wants to cut down processing times for business permits and bring development to the poorest areas in the region. (READ: Duterte to Cabinet: Process permits in 30 days or we part ways)

He also sees his office as the president’s eyes on corruption in the region. “It’s very simple –zero corruption – just don’t do it,” he says. (READ: Unsatisfied Duterte to be harsher vs corruption)

Dino supports the direction of the administration’s war on drugs and crime, but takes a softer tone when it comes to drug dependents.

Since Project TokHang began with Duterte, over 600,000 have voluntarily surrendered. There have been as estimated 3,000 drug-related deaths so far. Of that number, 1,400 were killed in legitimate police operations, while the rest were killed by unknown assailants. (READ: Duterte’s drug war in numbers)

Eventually, Duterte responded to the outcry for more rehab centers, asking the Armed Forces of the Philippines (AFP) to allocate space in their camps to treat drug-dependent patients. 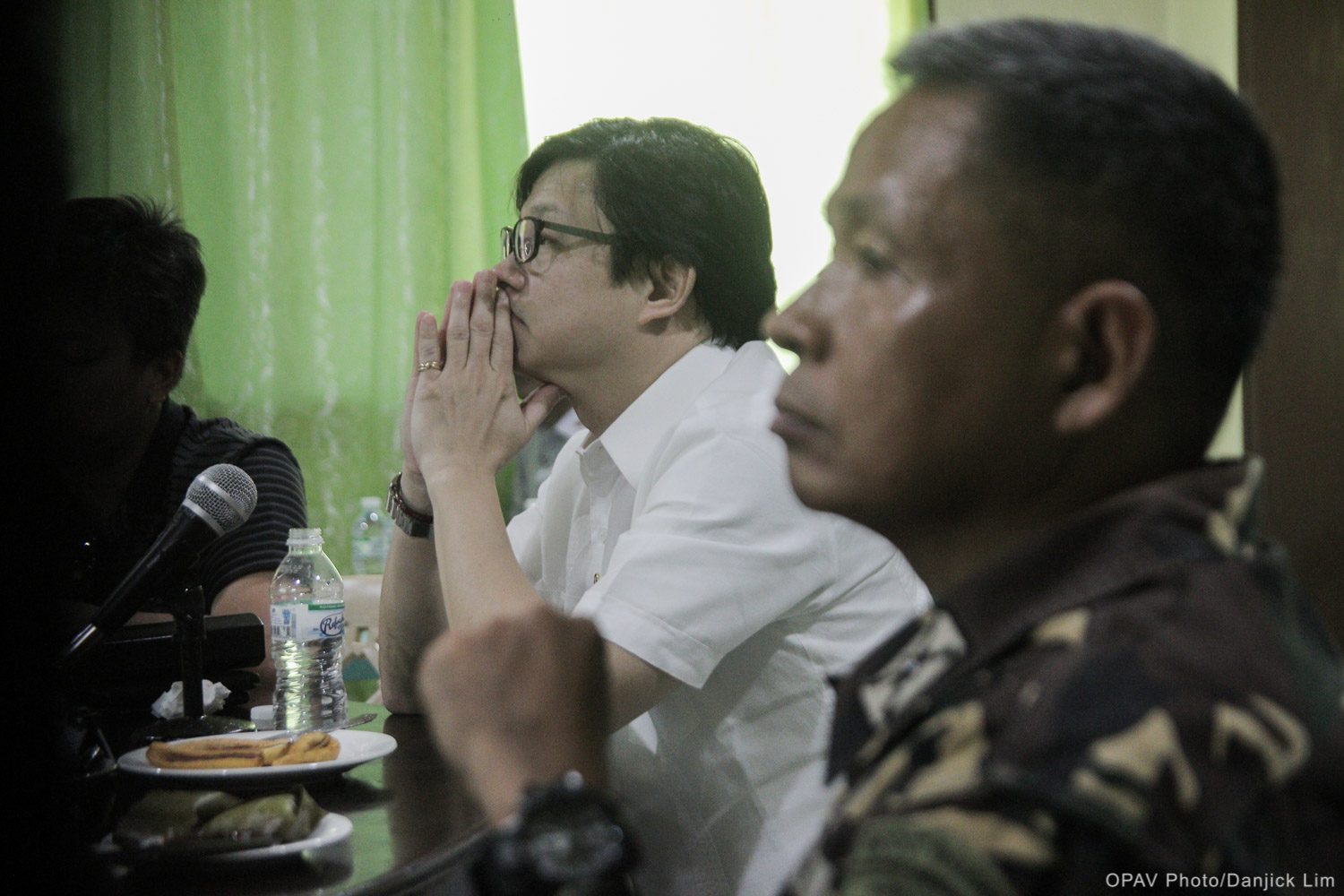 Compared to his boss, Dino’s brushes with controversy have been relatively mild.

The most notable controversy involves his company’s Ciudad project near the IT Park in Cebu City. The project, backed by former Cebu governor Gwen Garcia, has been stalled for more than 10 years now and was supposed to be developed on a provincial-owned lot. Mayor Tomas Osmeña has said he blocked construction in the area because of the worsening traffic situation.

But Dino, who does not own a Facebook or Twitter account, says he won’t lose sleep over potential conflicts and controversy that may come with the office. “As long as you do what you think is good, then there is no reason to worry.”

And he acknowledges that as a new public servant, he has much to learn in the long 6 years ahead. “I won’t pretend I know everything, but I listen,” he says. “And that’s the problem with some politicians. They stop listening. Once you stop listening, you stop learning.”

For taking this job, Dino had to drop most of his business portfolio, including interests in food, furniture and real estate.

It’s a risk, he says, he is only willing to take for his man in Malacañang. “I wouldn’t do it if I didn’t believe this administration is our best chance at changing the country,” he says.

Dino’s decision to renovate and reopen the Malacañang sa Sugbo is symbolic of the promised change coming to the Visayas. But the question is, how will his office bring change to the region? It’s a question that Dino himself will have to deal with every day for the next 6 years. – Rappler.com