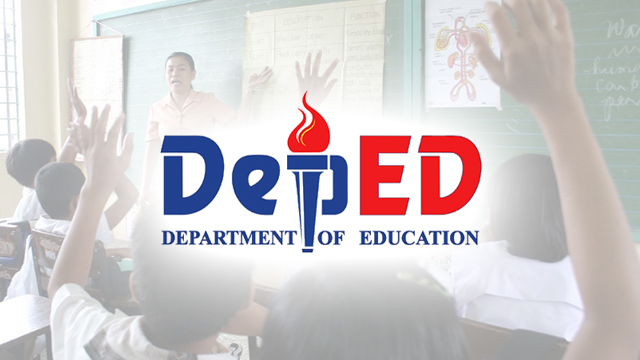 MANILA, Philippines – The Department of Education (DepEd) allocated P15.5 billion ($324.07 million)* of its proposed 2017 budget for the hiring of an additional 53,831 teachers needed in basic education.

“We lack teachers. We are not displacing teachers,” Education Secretary Leonor Briones said in a statement Friday, September 16.

The department has already hired 195,302 teachers since 2010, but the demand is still high for teachers. Specifically, DepEd said it needs more Science and Math teachers.

“We have a challenge in hiring Math and Science teachers…. [We need] a huge army of teachers, we’ll recruit more,” Briones added.

Republic Act 10612 or the Fast-Tracked S&T Scholarship Act of 2013 mandates DepEd to ensure qualified graduates of the scholarship with job placement as Special Science Teacher with salary grade level 13.

Those hired will also receive a teacher training program to help them qualify for the Licensure Examination for Teachers (LET).

At the DepEd’s budget hearing at the House of Representatives, Briones reported to lawmakers that a total of 36,461 items were created for senior high school.

DepEd has already hired a total of 3,950 teachers from higher education institutions affected by the K to 12 program. Meanwhile, 928 availed of the department’s “green lane” or priority lane.

The green lane seeks to prioritize and fast-track the hiring of displaced personnel from the higher education sector.

The education department rolled out its Grade 11 nationwide in June. This resulted to a drop in college enrollment that is expected to last until school year 2020-2021.

Because of this, the Commission on Higher Education (CHED) estimated that based on a worst-case scenario across 5 years, 13,274 teaching staff and 10,464 non-teaching staff would be displaced because of K to 12’s senior high school program.

But CHED recently reported that a total of 3,229 college workers have so far been displaced due to the K to 12 program. (READ: DepEd hopes to eliminate backlogs in procurement) – Rappler.com