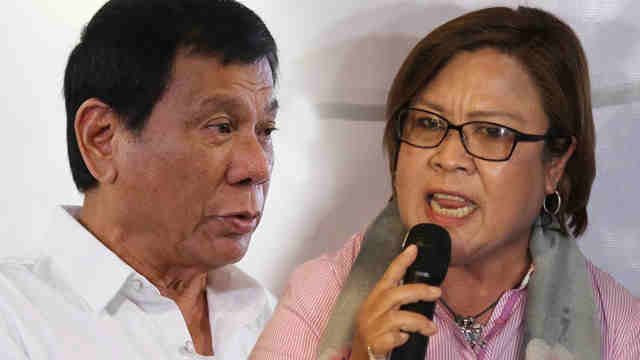 MANILA, Philippines – Hours after she was removed as chairperson of the Senate committee on justice, neophyte Senator Leila De Lima said no doubt President Rodrigo Duterte was involved in her ouster.

Voting 16-4, the Senate ousted De Lima as head of the Senate panel investigating the spate of extrajudicial killings under the administration.

For the senator, it was not a surprise that the administration wanted her out of their way. She said she already “anticipated” it while listening to Cayetano’s privilege speech. (READ: Duterte on De Lima ouster: I won’t intervene)

(I anticipated the decision based on his statements that really destroyed me. He’s again imputing ill motive. I told myself, maybe they will oust me as chair of the committee.)

Poe, Binay vote vs her

De Lima’s ouster came after the senator presented in a hearing on Thursday, September 15, witness Edgar Matobato, a self-confessed hitman of the Davao Death Squad.

Matobato accused Duterte of ordering killings when he was still mayor.

With this, De Lima expected that Duterte got all the more furious at her.

(So I’m sure. If before he is already mad, which we see because he expressed is anger in public, now he is all the more furious when he heard the statements of Mr Matobato.)

Asked about her next steps, De Lima said she would still think it through, as she admitted feeling emotional.

De Lima earlier walked out during Cayetano’s speech, saying she could no longer stand the latter’s baseless accusations.

(I will sleep over this but of course, I am feeling mixed emotions that is why earlier I couldnt stop myself an walked out while Senator Alan was speaking.)

De Lima is set to deliver her own privilege speech on Tuesday. – Rappler.com