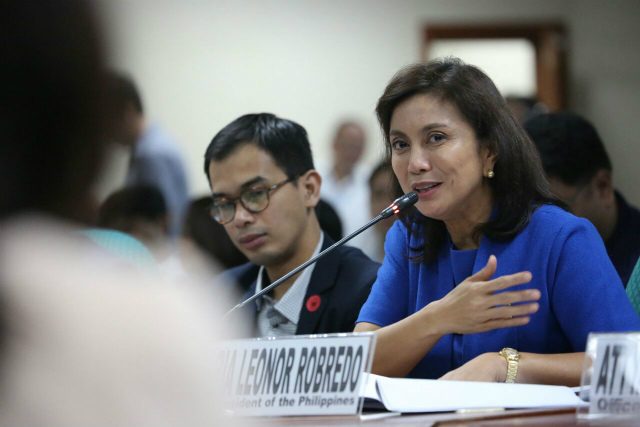 Villegas told Rappler that the meeting took place on September 12.

Robredo requested the meeting, the archbishop said in a text message on Tuesday, September 20.

In an earlier speech in Leyte, Robredo also said she met with Villegas, and “discussed again how we can revive the partnership between the government, the private sector, and the Catholic Church.”

“Fortunately Bishop Soc, representing the CBCP, said the Catholic Church will be very glad to take on being a partner of the government in crafting a community rehabilitation program,” the Vice President said.

Villegas, for his part, said Robredo “asked about successful Church programs,” both institutional and community-based, when it comes to drug rehabilitation.

He said this is “so we can replicate” these in other areas where there is no drug rehabilitation program yet.

Asked if the CBCP made any commitment to Robredo regarding drug rehabilitation programs, and about how he responded to Robredo’s initiative, Villegas said, “She only asked for information about our programs. Success stories.”

Their meeting comes as President Rodrigo Duterte wages a war on drugs, with 1.8 million Filipinos or 1.8% of the population classified as drug users.

This war on drugs has resulted in at least 3,295 deaths since July 1, or a day after Duterte took office.

Of this number, 1,167 have been killed in legitimate police operations as of September 20.

On the other hand, 2,128 have been slain in extrajudicial or vigilante-style killings as of September 18.

Both Robredo and the CBCP have criticized the recent extrajudicial killings.

The two parties, however, have also spoken out against illegal drugs.

Robredo, for one, is concerned about rehabilitating drug users.

In her speech in Leyte, Robredo pointed out that around 700,000 drug users have already surrendered.

She cited a report by the Department of Health that of this number, only 10% or 70,000 have been deemed “eligible for institutional rehabilitation.”

In July, several government agencies formed an inter-agency task force to craft and implement a nationwide drug rehabilitation program that would follow a community-based approach.

In a recent statement on extrajudicial killings, Villegas also urged drug users “to turn to the Lord and receive new life.” – Rappler.com