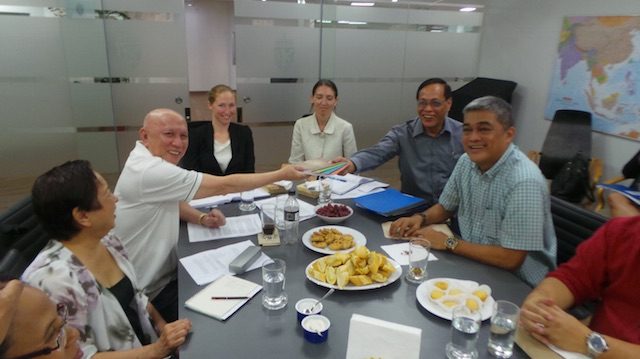 MANILA, Philippines – Negotiators of the Philippine government and the National Democratic Front (NDF) resumed talks in Manila this week to initiate discussions on a bilateral ceasefire agreement between the military and the New People’s Army (NPA), an accord that they aim to complete during the second round of talks in Oslo next month.

“What we have at the moment is a unilateral ceasefire declared by both parties. We hope to sign a bilateral agreement in Oslo for a joint ceasefire, which is more durable and permanent,” said government negotiator Hernani Braganza, who supervises the ceasefire committee.

The agreement to silence of the guns was accomplished during the first round of talks in Oslo, Norway in August. The government also committed to recommend to President Rodrigo Duterte the grant of amnesty to all political prisoners,

There have been no reports of major clashes and incidents since the first round of talks in August despite NDF complaints about military activities in certain areas.

The two camps aim to come up with operational guidelines that the military and the NPA are expected to follow to avoid misencounters or other violations.

“We are also expected to come up with a mechanism for reporting of ceasefire violations,” Braganza said.

The government and NDF ceasefire committees are chaired by Philippine Country Director of Philippine Alert Francisco Lara and Fidel Agcaoili, respectively. (READ: Oslo talks: ‘The most kind and most warm negotiators’)

To fast track the process that the government aims to complete in one year, the two camps agreed to hold talks in Manila in between formal meetings in Norway, the third party facilitator.

“This is another breakthrough in the peace process. The peace panels, through their committees and sub-committees, are holding talks in the Philippines, not only in Oslo,” Braganza said.

“Whatever was agreed upon by the working groups in the Philippines will be elevated to the panel level during formal talks in Oslo for discussion and approval,” Braganza said.

They discussed the maintenance of office that will have dedicated personnel to receive complaints on violations of CARHR-IHL. They also discussed joint activities such as information and education campaign on human rights and international humantarian law.

The second round of talks will also include discussions on substantive agreements on socio-economic reforms (CASER), political and constitutional reforms (PCR) and end of hostilities/disposition of forces (EOH-DOF). – Rappler.com