From one newbie to another: Pacquiao ‘lectures’ De Lima on rules 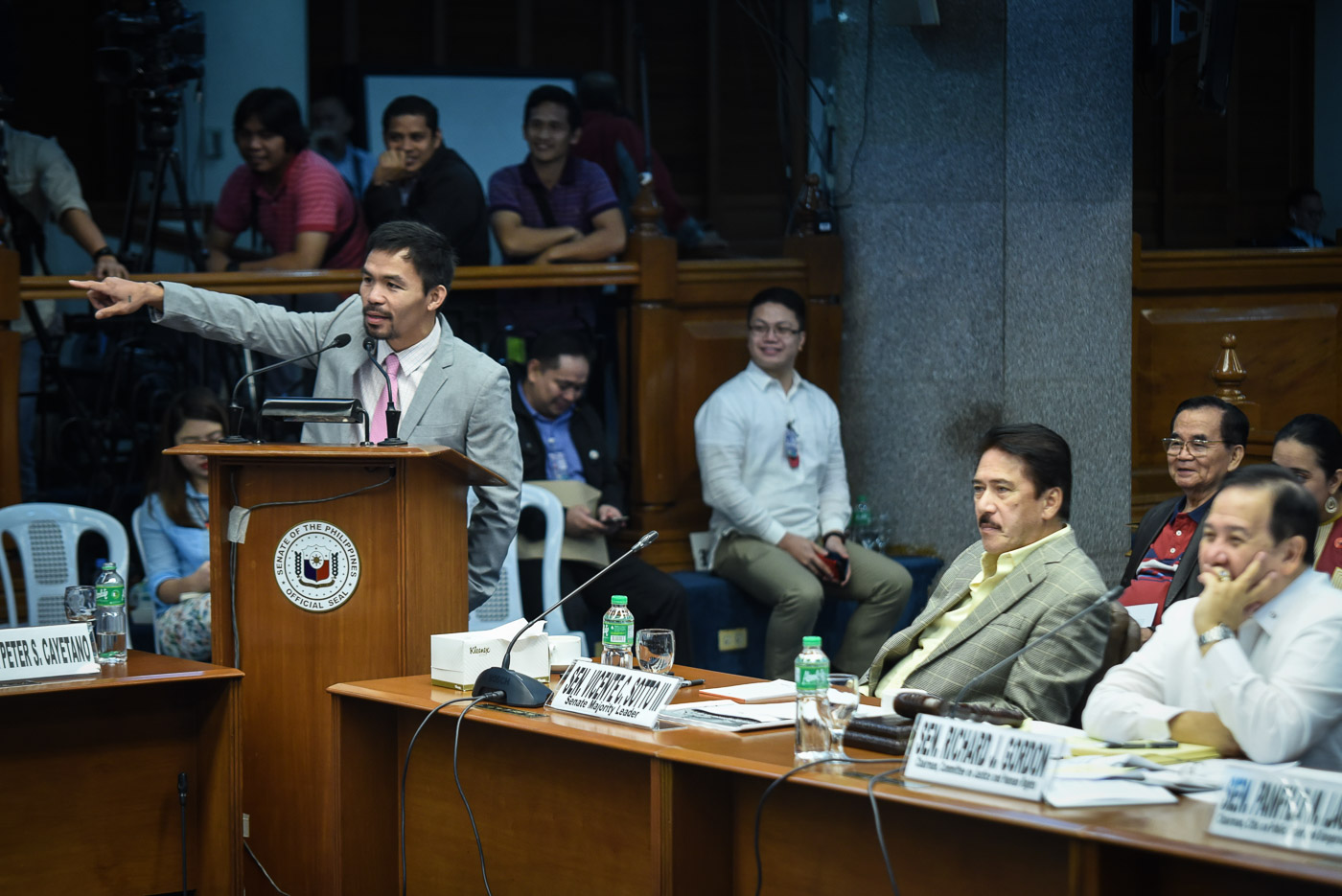 De Lima, former Senate justice committee chairperson, asked the panel to allow witness Edgar Matobato to finish his explanations. This came after several senators were continuously fielding questions to Matobato while the witness was not yet done answering a previous question.

After De Lima’s statement, Pacquiao then brought up the Senate rules.

In an apparent swipe at De Lima, Pacquiao said senators are there to test the witness’ credibility and not to defend anyone.

“What I understand, Mr Chairman, ito ay inquiry sa isang witness para pakinggan ang statement ng witness. Hindi natin dedepensahan siya kundi i-examine kung nagsasabi ng totoo (this is an inquiry into a witness to hear his statement. We are not here to defend him but to examine if his statements are true),” Pacquiao said.

It was Pacquiao who earlier moved that the Senate committee on justice and human rights be declared vacant, leading to De Lima’s ouster as chairperson.

Pacquiao is a party mate of President Rodrigo Duterte. He has so far echoed and defended the President’s statements and views – from the intensified fight against illegal drugs and death penalty, to the supposed interference of the United Nations and European Union in Philippine affairs.

Senator Richard Gordon, who replaced De Lima as panel chair, seemingly got offended by De Lima’s request. He denied he has intentions to mislead the witness.

“I would normally say I resent that remark but you’re a lady. I will always respect you as a lady. There’s no attempt on the part of this representation and I believe people seated on this desk here have any attempt to mislead,” Gordon said.

While the Senate is not a court, Gordon said the committee already provided a counsel to Matobato to advise him on pertinent and sensitive issues.

He then criticized De Lima for teaching him what to do.

“Please don’t cast any aspersions, we’re all lawyers here. I don’t want to lecture any lawyer here and I don’t want to be lectured either,” an irked Gordon said. – Rappler.com