Duterte not happy, gives his drug war ‘5 out of 10’ rating

Sep 23, 2016 12:24 PM PHT
Pia Ranada
Facebook Twitter Copy URL
Copied
'I will have the command conference with the police, just a reminder for them also that I’m not happy with what has happened,' the President says 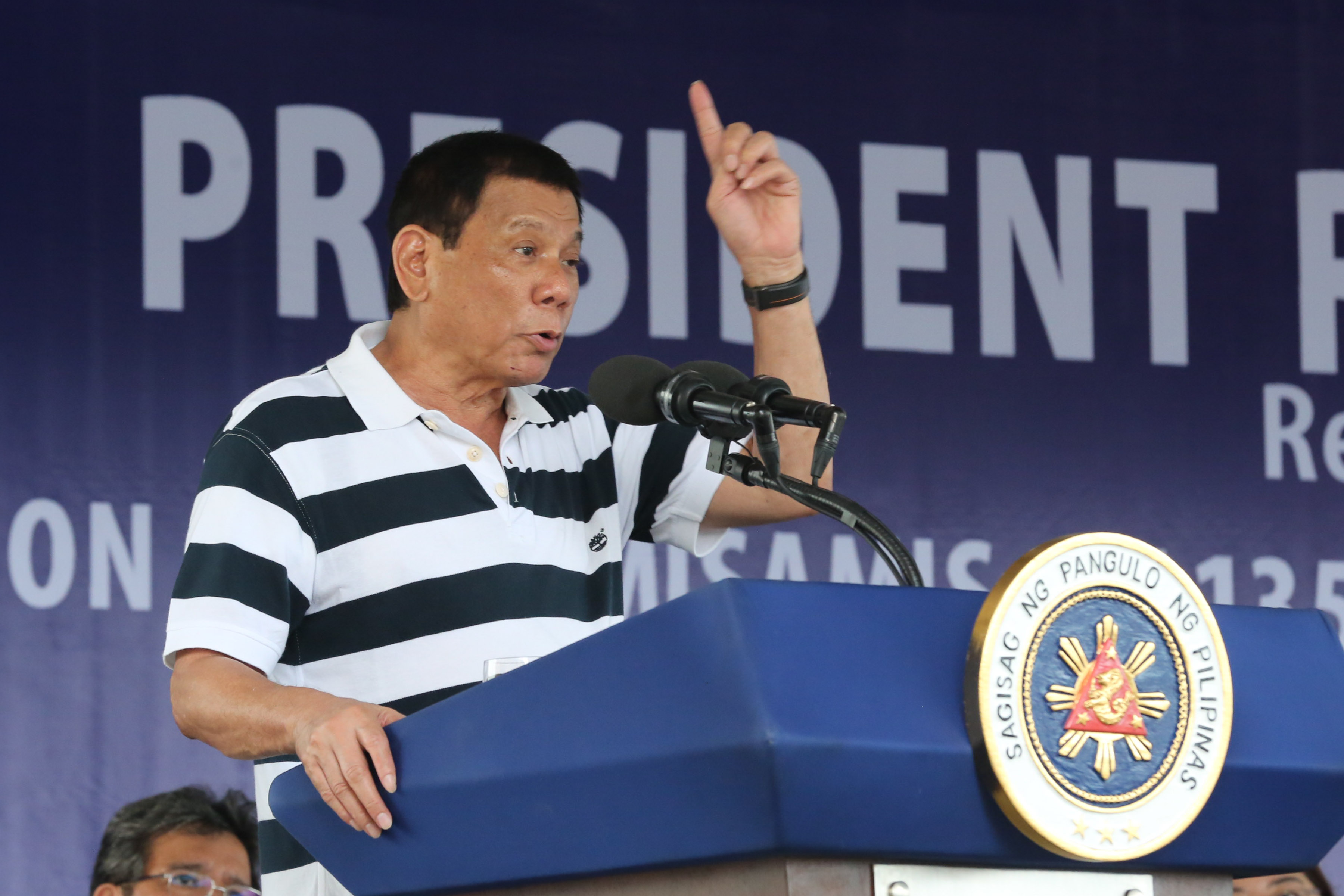 MANILA, Philippines – President Rodrigo Duterte is not happy with how his war against illegal drugs is faring.

“In a scale of 1 to 10, we have achieved something like, about 5,” said Duterte on Thursday, September 23, during a speech at the inauguration of a power plant in Misamis Oriental.

The President, who publicly says he is hell-bent on eradicating drug syndicates from the country, planned to air his dissatisfaction with the police in a command conference later that day.

“I will have the command conference with the police, just a reminder for them also that I’m not happy with what has happened,” he said.

The President previously extended by 6 months his self-imposed deadline to “suppress” the spread of drugs in 3 to 6 months within his assumption of office. (EXPLAINER: How serious is the PH drug problem? Here’s the data)

He hinted that his drug war may target drug operations inside prisons next.

“The transaction of drugs here in the Philippines), almost 95% cooked inside prisons. All Chinese,” Duterte said in a mix of English and Filipino.

Two of the 3 supposed “drug lords” Duterte has named publicly are inmates in the New Bilibid Prison. One of them, Herbert Colanggo, testified in a House probe into drug operations inside the national penitentiary.

“If you want drugs, your source of communication, the critical communication will come from your jails,” Duterte said.

The President is at the helm of a bloody drug war, which has been linked to over 3,300 deaths. (READ: IN NUMBERS: The Philippines’ ‘war on drugs’)

Of these, 1,198 were killed during police operations, supposedly because they violently resisted arrest. On the other hand, 2,140 were victims of extrajudicial killings.

The Duterte administration said it is not behind the extrajudicial killings, saying these are the work of criminals.

In response to the criticism, Duterte has invited UN and EU officials to the Philppines to conduct their own investigation. – Rappler.com

The government needs you to make change happen for the Philippines. Click here to apply for government jobs on the Rappler x Kalibrr Job Board.