Sep 26, 2016 6:47 PM PHT
Pia Ranada
Facebook Twitter Copy URL
Copied
His trips to China and Japan are likely to take place by the end of October while his trip to Russia may happen by the end of 2016 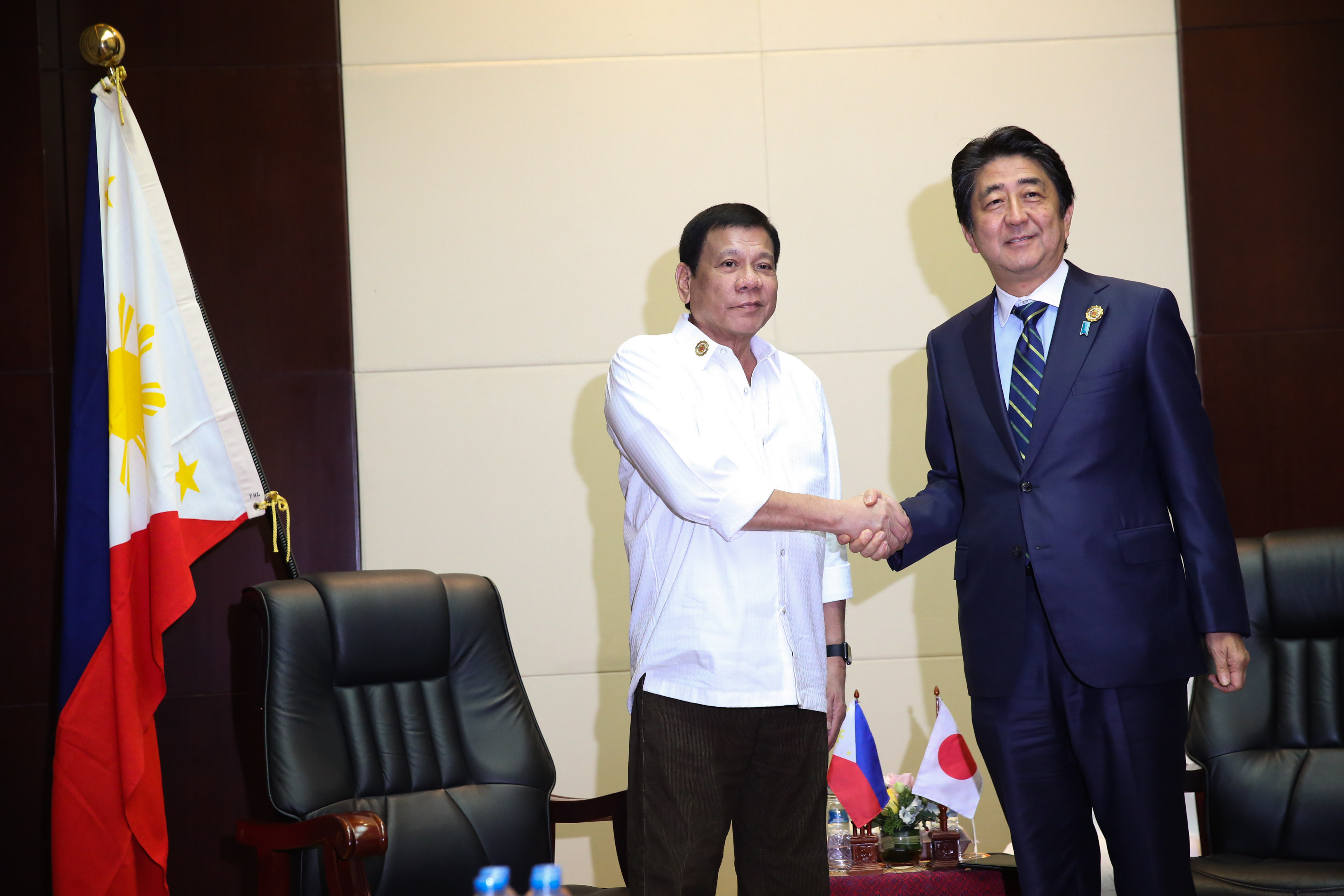 “I said I had a good time, a good talk with Prime Minister Medvedev. They are waiting for me, they said. After China, I think I’ll go to Japan, I’ll go to Russia,” said Duterte on Monday, September 26, during the oath-taking ceremony of Malacañang Press Corps officers.

Duterte was recalling his conversation with Russian Prime Minister Dmitry Medvedev in early September during the Association of Southeast Asian Nations (ASEAN) Summit in Laos.

According to Rappler sources, Duterte’s visits to China and Japan will happen this October, following a visit to Brunei on October 16 to 18.

His visit to Russia will likely take place before the end of 2016.

So far, Duterte has already made 2 foreign trips. The first was his trip to Laos in early September to attend the ASEAN Summit. From Laos, he flew to Indonesia for an official visit.

Duterte is going to Vietnam from September 28 to 29 for a working visit.

If all his trips push through, Duterte will have visited at least 7 countries in his first 6 months in power. – Rappler.com