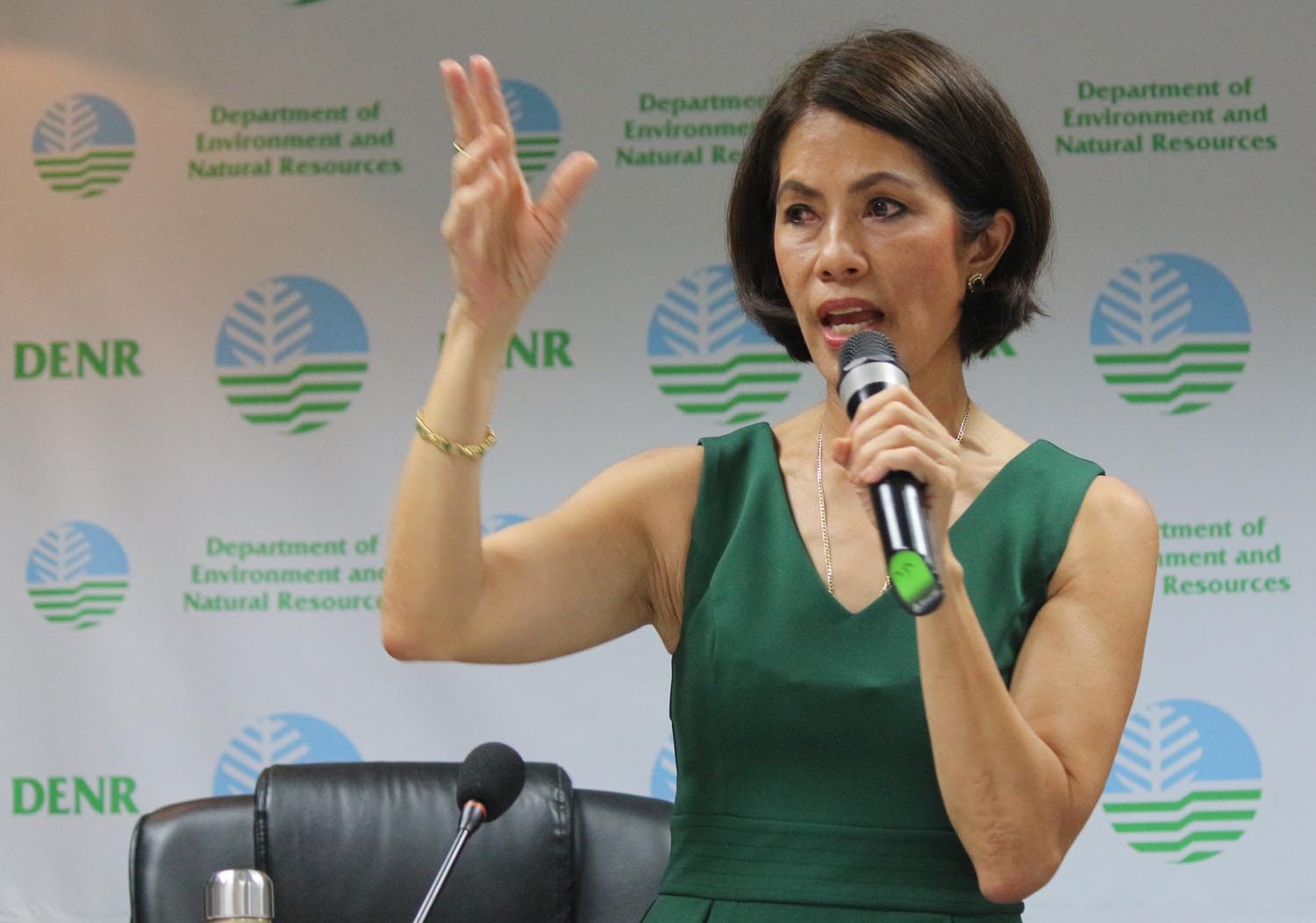 ‪MANILA, Philippines (UPDATED) – The Department of Environment and Natural Resources (DENR) announced on Tuesday, September 27, that it has recommended the suspension of 20 mining firms following the completion of its audit of mining operations in the country.

Environment Undersecretary Leo Jasareno made the announcement in a news briefing where he and Environment Secretary Gina Lopez presented the results of the audit.

Among those recommended for suspension are the following:

Jasareno said the most common violations are siltation, dust, no tree-cutting permits, and unsystematic mining methods.

These mining firms will be given a show cause order and will be asked to answer within 7 days upon receiving the order.

“I want to make it clear, I have no beef with mining, but I’m vehemently against adverse effects that may happen, that are happening,” Lopez said on Tuesday.

“For a hundred years, we turned a blind eye. I don’t even blame it on the mining industry; it’s because we at DENR have been lax.”

On Tuesday, Jasareno also revealed the 11 mining firms that are not recommended for suspension, but will continue to be monitored. They are:

Jasareno explained that while these firms are not recommended for suspension, they also have to correct their infractions.

The DENR has already suspended the mining operations of 10 firms, bringing the total of all metallic operating mines in the country to 41.

Jasareno said there are about 18 nickel mines from the 30 mining firms that are already suspended or recommended for suspension. About 55.5% of the country’s nickel production as of 2015 are attributed to these mines.

Lopez said she will meet with mining firms that have “failed” and “passed” the audit on Thursday, September 29.

“At the end of the day, what we want is a mining industry that is much, much more committed to the common good,” she added. – Rappler.com