Sep 27, 2016 3:27 PM PHT
Rappler.com
Facebook Twitter Copy URL
Copied
President Rodrigo Duterte has said he will engage China to talk to them about allowing the Filipino fishermen in the disputed area 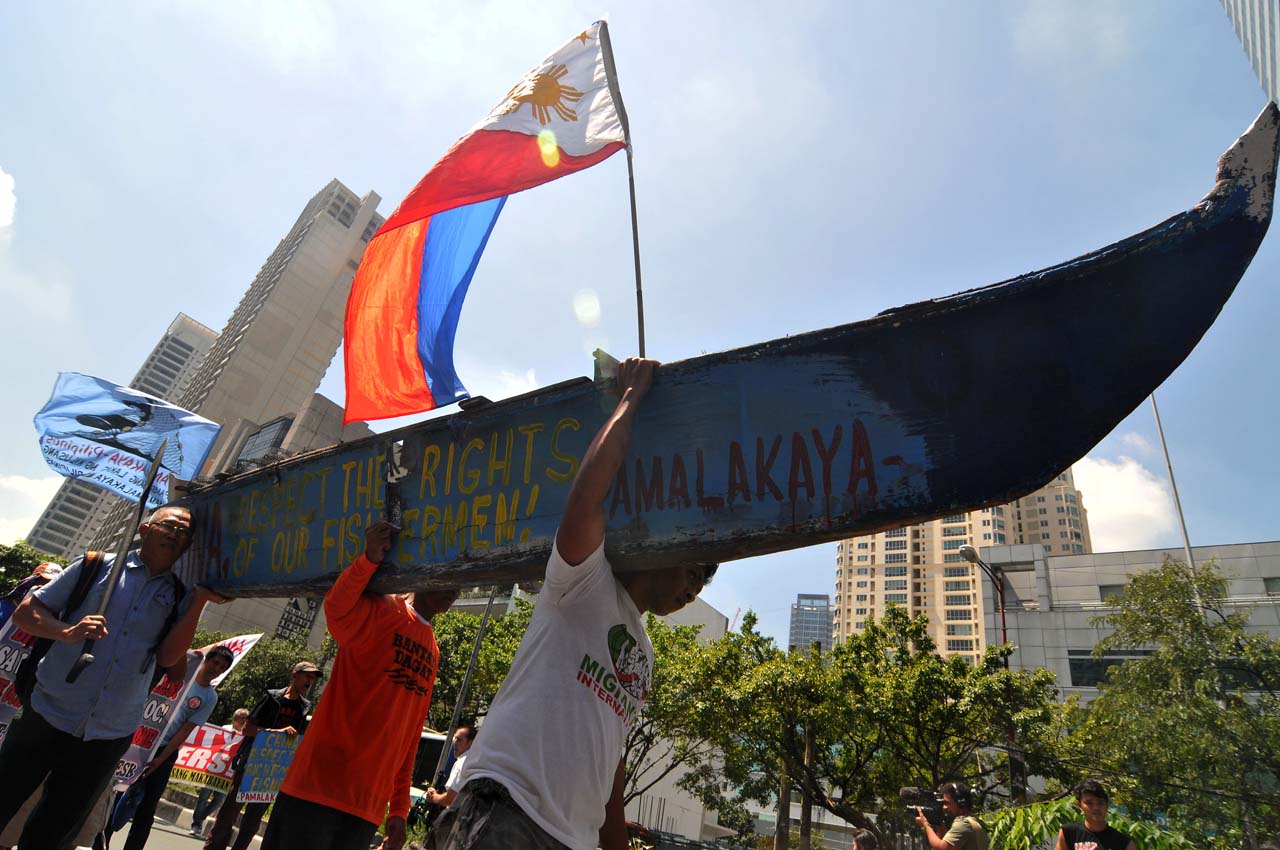 MANILA, Philippines – The Chinese Coast Guard repeatedly harassed Filipino fishermen in Scarborough Shoal (Bajo de Masinloc) off the coast of Zambales, according to a report of the Philippine Coast Guard (PCG) released by the National Security Council on Tuesday, September 27.

The Filipino fishermen tried to haggle with the Chinese Coast Guard to let them fish, the report said.

When another Chinese rubber boat headed towards the Filipino fishermen, the captain of the Filipino boat signaled his crew members to return to their mother boat, the report added.

The Filipino fishermen were able to stay at Scarborough Shoal overnight but immediately left the following day supposedly for fear of harassment.

The PCG also reported the presence of the People’s Liberation Army in Scarborough, showing China’s militarization of the area. The Philippines fears that China will also reclaim the fishing ground close to country’s landmass.

President Rodrigo Duterte had said he will engage China and talk to them about “giving back” to Filipino fishermen their rights to fish in the area. (READ: Duterte to China: Understand the plight of our fishermen)

Duterte, which had said on several occasions that he wants to improve the country’s ties with China which is a potential source of investments for the Philippines, is expected to visit China next month.

Scarborough Shoal, the site of a tense standoff between Manila and Beijing in 2011, is located inside the 200 nautical mile exclusive economic zone of the Philippines, based on the United Nations Convention on the Law of the Sea.

A United Nations-backed  arbitral tribunal had earlier ruled that Filipino and Chinese fishermen both have “traditional fishing rights” in the 12-nautical mile territorial sea of Scarborough Shoal, effectively declaring the disputed area as a common fishing ground. – Carmela Fonbuena/Rappler.com