Duterte to China: ‘Increase focus’ on your criminals 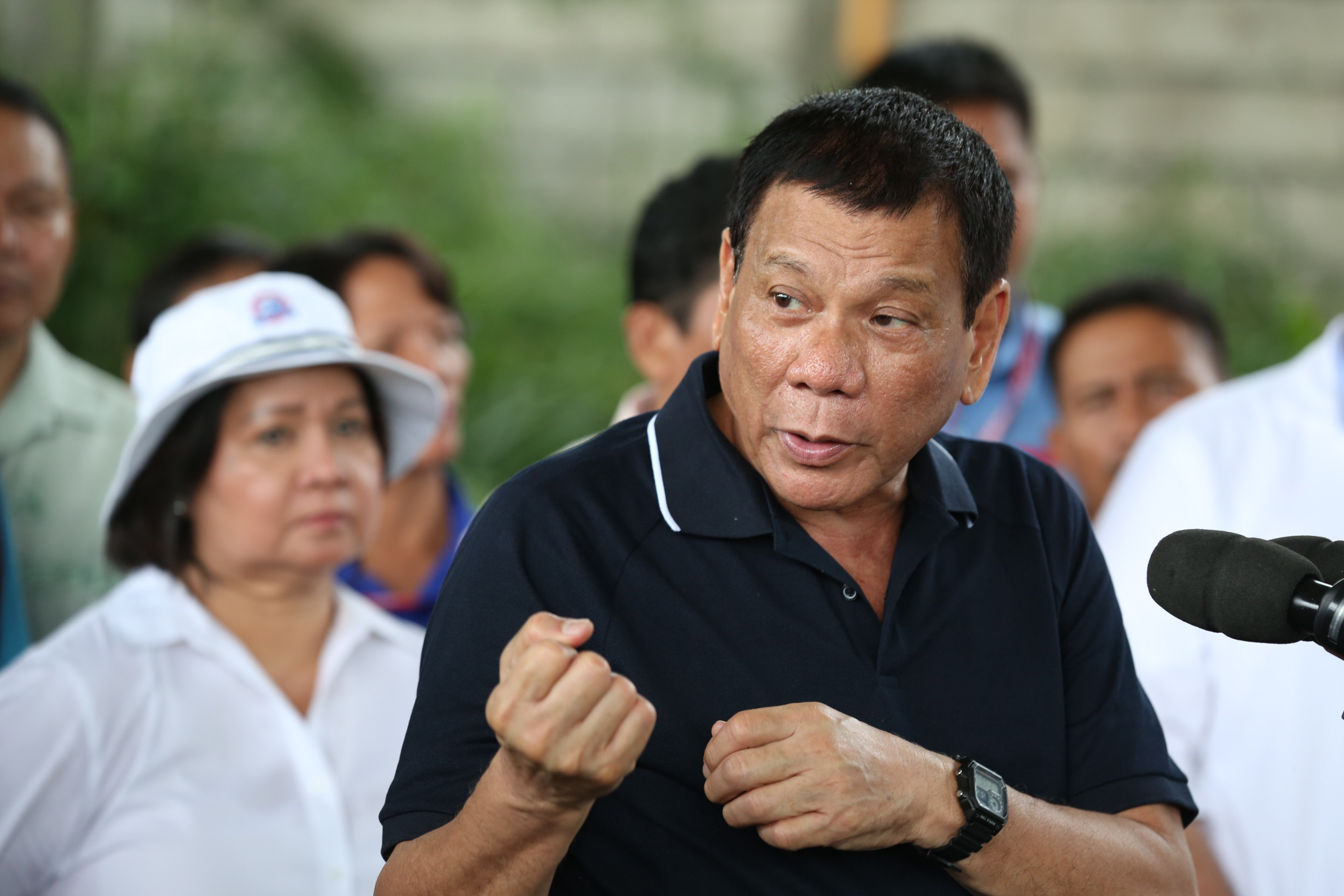 PAMPANGA, Philippines – President Rodrigo Duterte’s “war on drugs” is going overseas, as he promised to bring to China’s “attention” the spread of illegal drugs in the Philippines.

Duterte made the statement in a news conference on Tuesday, September 27, after he inspected a suspected shabu laboratory at the foot of Mount Arayat here. He said he would raise the matter with Chinese officials when he visits China next month.

“We are dealing with China. I’m bringing this to their attention. Lahat ng materials galing sa (All the materials are from) China. We want them also to control their people and increase focus on their criminals. Kaibigan man kaya tayo (We’re friends, right)?” said Duterte, who had made a similar statement when he was just weeks into his presidency.

The President said that the lot where the factory was found was owned by a certain Mr Sunday Chua. Duterte did not say if Chua was a Chinese citizen or not.

Philippine officials have long maintained that illegal drugs – finished products and chemical components – are sourced from either China, Hong Kong, or Taiwan. Philippine National Police (PNP) chief Director General Ronald dela Rosa had earlier said he would ask the President and the foreign affairs department to formally ask China about its citizens’ illegal operations in the country.

A campaign against illegal drugs was among Duterte’s key promises when he ran for president in the 2016 elections. Since assuming office, his administration – led by various law enforcement agencies – has been relentless in either capturing, killing, or making drug personalities surrender.

The Arayat factory, built around the time of the 2016 elections, is supposedly the biggest facility law enforcers have seized since Duterte was sworn in as president.

The factory can supposedly manufacture up to 400 kilos of shabu, or methamphetamine, daily. But the factory was deserted when government agents entered the gated compound.

“It’s just too bad na hindi tayo nag-abot sa mga tao dito (that we didn’t catch up with the people here),” quipped Duterte, who makes no secret of his disdain for crime and illegal drugs, in particular.

While Duterte’s war on drugs has popular support in the country, it’s also been criticized by certain sectors for supposedly being anti-poor. Police operations, critics have pointed out, target mostly poor communities but allow richer drug lords and even users to continue their ways.

It’s a claim Duterte and Dela Rosa have denied. Dela Rosa says the next phase of the campaign, which was initially only supposed to last 6 months, will be recalibrated to include emphasis on nabbing “high-value targets” or high-ranked drug personalities.

Duterte has since asked for a 6-month extension for the “war on drugs.”

His pronouncements on Tuesday also hinted at expanded Philippine relations with China and Russia.

“I’m asking Filipinos in the coming days kung totohanin talaga ng America, I’ll ask you to sacrifice a little bit but next year I’ll have entered alliance, hindi (not) military [but] trade and commerce with China, I [also] talked to (Prime Minister) Medvedev (of Russia) to talk how they can help us here,” he said.

Duterte, unlike his predecessor former president Benigno Aquino III, is perceived to be less willing to work with the US, the Philippines’ most powerful and oldest ally.  On Monday, Duterte said he was “about to cross the Rubicon between me and the United States,” recalling a conversation with Medvedev.

Duterte earlier also said he had plans to buy armaments from either China or Russia.

The President also said US troops should stay away from Mindanao but later clarified that he didn’t mean to say that he wanted them out right away. – Rappler.com