No questions asked: CA confirms Diokno in less than 20 minutes

Sep 28, 2016 12:57 PM PHT
Camille Elemia
Facebook Twitter Copy URL
Copied
Lawmakers did not ask any questions and were all praises for the budget chief 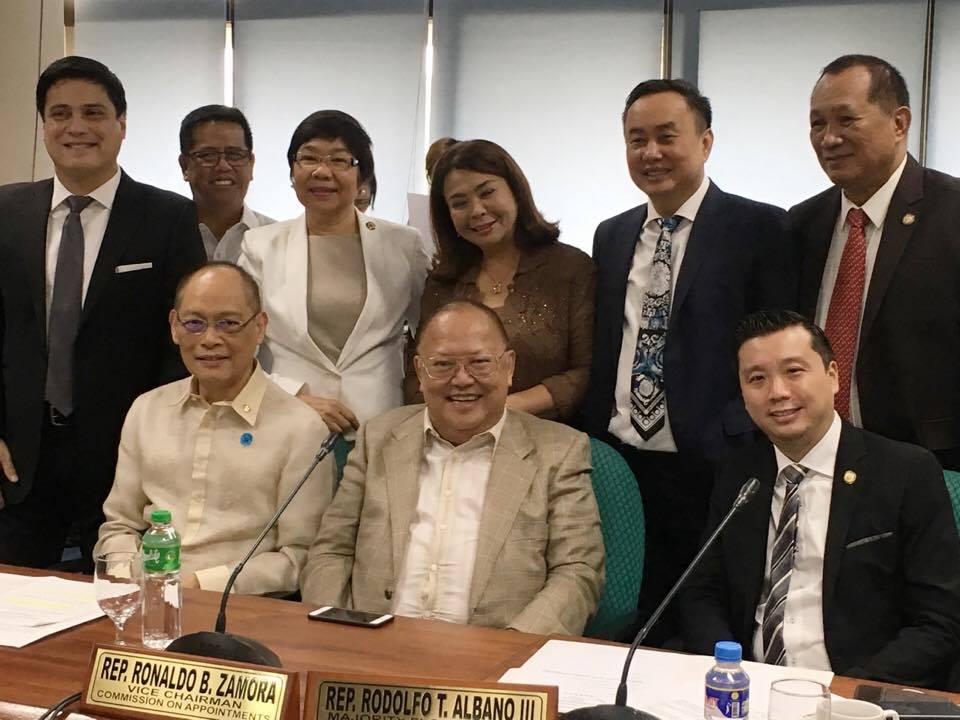 With no lawmaker asking questions and no opposition filed against him, the CA committee on budget and management recommended to the CA plenary Diokno’s confirmation in less than 20 minutes.

“Happy to have you on board in this administration. I was hoping this would be the fastest Commission on Appointments meeting for confirmation. But with that said we now act on this motion,” Senator Juan Miguel Zubiri said, chairman of the CA committee on budget and management.

It was San Juan Representative Ronaldo Zamora who first moved for the confirmation.

Zamora, who served as executive secretary of former president Joseph Estrada, praised Diokno, who was also budget secretary during the Estrada administration.

“It is a position he fulfilled extremely well. It’s a great satisfaction to see him again in the same position. I am certain he will do even better this time around in the administration of President Duterte,” Zamora said

Zamora said members of the CA House contingent are satisfied with Diokno’s answers to their questions in a previous meeting.

“We have met with the secretary for consultations in the House contingent, everyone expressed satisfaction to the many answers to their questions that [were] propounded to him,” he said.

Since Diokno was previously a budget chief, Legarda said it would be futile to ask any more questions.

“We are supportive, taking into consideration the work that we are doing now, in the next 60 days budget is passed. Considering Secretary Diokno is highly accomplished, very competent, extremely hardworking, comes to work before 7 am or even 6, unquestionable integrity… all our questions are for naught,” she said.

The hearing would have been shorter, had the committee not waited for Senate Minority Leader Ralph Recto for a few minutes for possible questioning.

But upon Recto’s arrival, he immediately expressed support for the immediate confirmation of Diokno, a fellow Batangueño.

“I have no objection. I just want to be present when we confirm the gentleman from Batangas,” Recto said.

Diokno is an economics professor at the University of the Philippines Diliman. Prior to joining the Estrada administration, he served as Undersecretary for Budget Operations at the DBM under the administration of former president Corazon Aquino. – Rappler.com