Duterte: Next PH-US military exercises will be last in my term 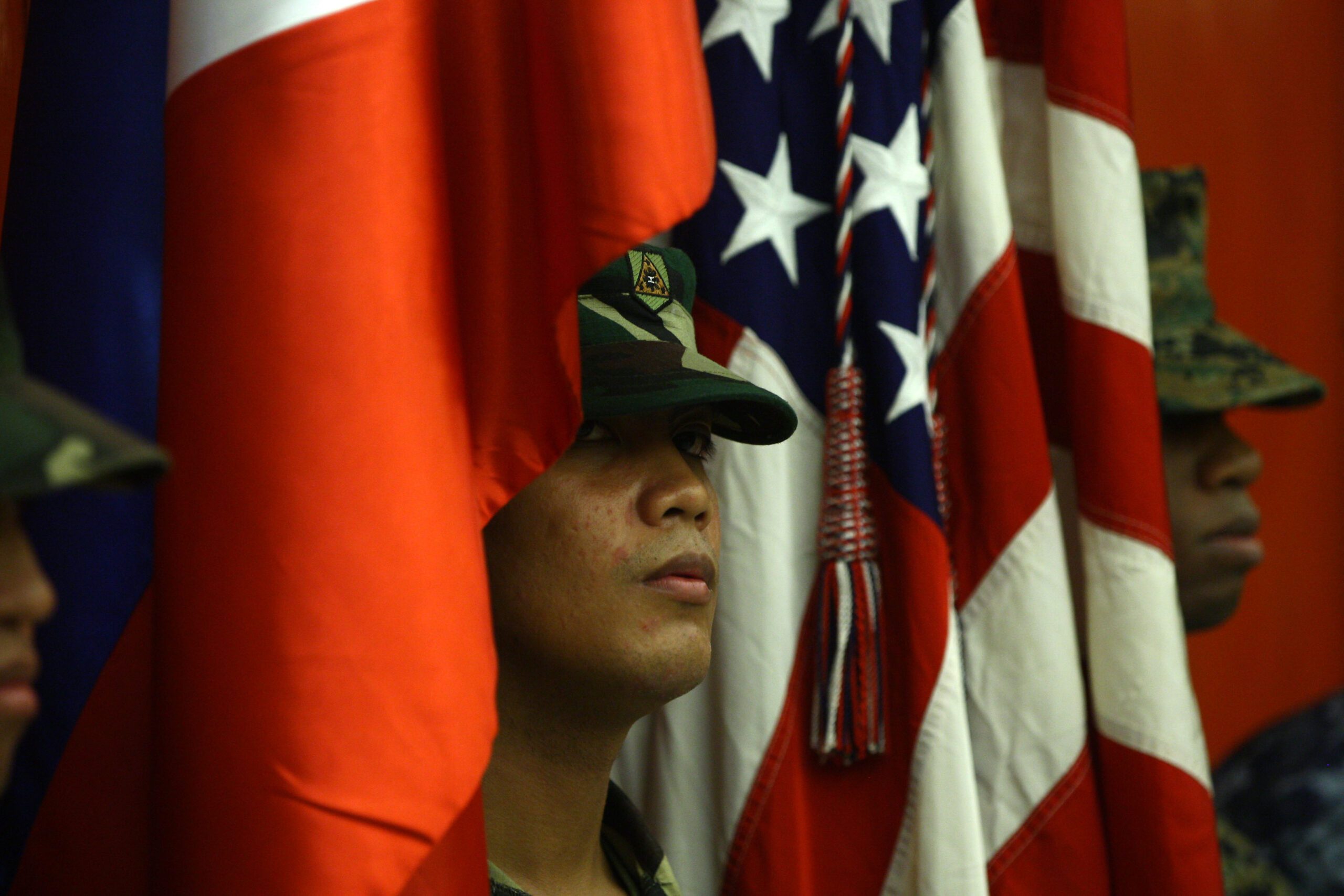 Facebook Twitter Copy URL
Copied
'You (US) are scheduled to hold war games again which China does not want. I will serve notice to you now, this will be the last military exercise,' says President Rodrigo Duterte in Hanoi

HANOI, Vietnam (3rd UPDATE) – President Rodrigo Duterte said on Wednesday night, September 28, that the next joint military exercises between the Philippines and the United States will be the “last” under his term, as he does not want to antagonize China.

Duterte made the announcement before members of the Filipino community at the Intercontinental Hotel in this city, on the first day of his official visit to Vietnam.

“You (US) are scheduled to hold war games again which China does not want. I will serve notice to you now, this will be the last military exercise. Jointly, Philippines-US, the last one,” he said.

Duterte even said he decided to make the announcement himself in order not to put Defense Secretary Delfin Lorenzana in an awkward position.

National Security Adviser Hermogenes Esperon Jr, however, told the media after Duterte’s speech that the President likely meant the next military exercises, set to happen in October, will be the last for the year, not for Duterte’s entire term.

“Ang pagkakaintindi ko (My understanding is), it’s the last for the year…We will clarify,” said Esperon.

The Philippines has a Mutual Defense Treaty with the US, inked in 1951. They also have a Visiting Forces Agreeement signed in 1998, which paved the way for the annual  joint military exercises or war games, more popularly known as “Balikatan” exercises.

The military exercises seek to enhance the defense capability of Philippine troops through training exercises.

The two countries also have an Enhanced Defense Cooperation Agreement (EDCA),  an executive agreement that gives US troops, planes and ships increased rotational presence in Philippine military bases, and allows Washington to build facilities to store fuel and equipment there.

This year’s joint military exercises were held in April. The next war games are supposed to be held in October.

Duterte reiterated his assurance that he will maintain military alliances with the US while opening up economic partnerships with China and Russia.

“So I am serving notice now to the Americans, I will maintain the military alliance…but I will establish new alliances in trade and commerce,” he said.

He vowed never to send warships in the West Philippine Sea (South China Sea), saying his best weapon is the international court ruling favoring the Philippines’ claim in the disputed sea.

“There will never be an occasion that I will send a grey ship there. Not because I’m afraid. Anway, I have this ruling of the international arbitation court which says that the South China Sea, the entitlements there are ours,” he said.

Duterte chose to make his announcement to end US-Philippines war games to appease China in Vietnam, a country who has also experienced Chinese aggression because it too is claiming parts of the West Philippine Sea.

During his speech, Duterte repeated his earlier statement that the Philippine military “will not join any patrol in China.” He was referring to joint patrols with the US in the disputed sea, conducted earlier this year or months before the new administration took office, to reinforce freedom of navigation in the South China Sea.

His determination to end the US-Philippines military exercises comes amid tensions in the West Philippine Sea (South China Sea) after an arbitral tribunal at the Permanent Court of Arbitration in The Hague, the Netherlands, ruled in favor of the Philippines in its claim against China over the disputed sea.

Weeks after the ruling was made in July,  US Secretary of State John Kerry visited Manila and assured Duterte of Washington’s commitment to strengthen the Philippines’ defense capabilities.

Unlike the previous administration, Duterte has taken a different approach to the dispute and wishes a “soft landing,” hoping not to endanger chances of bilateral talks with Beijing which does not recognize the Hague ruling.