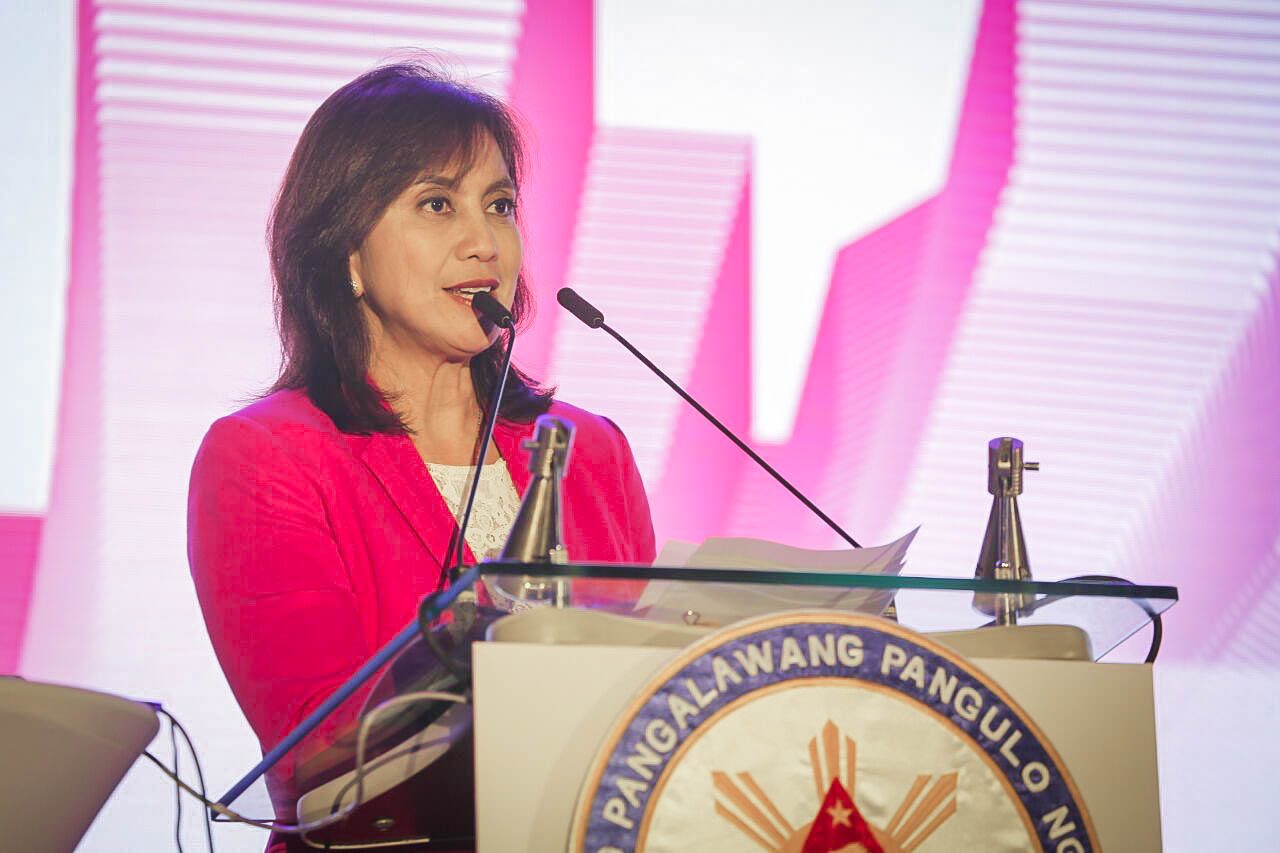 “As a lawyer, I believe that this act may be in violation of penal laws. And as a longtime advocate for human and women’s rights, I am profoundly disturbed by a proposal that amounts to the public shaming of a woman and the infliction of grave harm on her dignity as a human person,” Robredo said on Thursday, September 29.

The House committee on justice is currently investigating the proliferation of drugs inside the NBP when De Lima was still justice secretary. (READ: Bilibid probe: Why did drugs proliferate behind bars?)

Witnesses claimed that her bodyguard and driver Ronnie Dayan, with whom President Rodrigo Duterte accused De Lima of having an affair, collected millions of drug money for her.

No less than Duterte himself first divulged to the public the alleged private video of De Lima in August. He has since repeatedly mentioned this in succeeding speeches.

Speaker Pantaleon Alvarez, an ally of the President, said he sees nothing wrong with showing the video during the next leg of the House investigation, to supposedly reveal De Lima’s true relationship with Dayan.

Alvarez also denied it would be a form of slut-shaming.

But Robredo, who was once a representative of Camarines Sur’s 3rd District, said she cannot see how publicizing such a clip would properly contribute to the House probe.

“I am concerned by the news that, as part of this investigation, there is a plan to show a supposed video of an incumbent senator engaged in an intimate act. As a former legislator, I fail to see how this will contribute to a substantial discussion of the issues being taken up,” said Robredo, who belongs to the Liberal Party (LP) like De Lima.

Their party mates at the Senate as well as female senators and congresswomen have all opposed the showing of De Lima’s alleged video.

Robredo then advised the House of Representatives to remain critical as it continues to dig into the drug problem inside the national penitentiary.

“I believe it is critical that the members and leadership of the House – many of whom are my former colleagues from the previous Congress – keep the proceedings calm, sober, and objective as the investigation proceeds,” said the Vice President.

“Let us work together to establish a culture of respect and professionalism, both in government and in the larger sphere of public discussion. I have every faith that we will be up to this challenge,” she added.

In the past weeks, De Lima found herself at the center of controversies after she led a Senate investigation into the spate of apparent summary killings linked to Duterte’s ongoing war on drugs.

She has since been ousted as chairperson of the Senate committee on human rights and justice after she presented whistleblower Edgar Matobato, who linked Duterte to deaths in Davao City.

Administration officials also dropped hints that De Lima may be behind the bloody riot at the NBP on September 28 that killed one high-profile inmate and hurt 4 others.

Among those injured was Jaybee Sebastian, who is accused of being another bagman for De Lima as she supposedly used drug money from within the NBP to fund her 2016 senatorial campaign. – Rappler.com