What you need to know about millennials in the PH workforce

Oct 2, 2016 10:30 AM PHT
Gwen De La Cruz
Facebook Twitter Copy URL
Copied
How significant are millennials in the PH workforce? Here's what you need to know 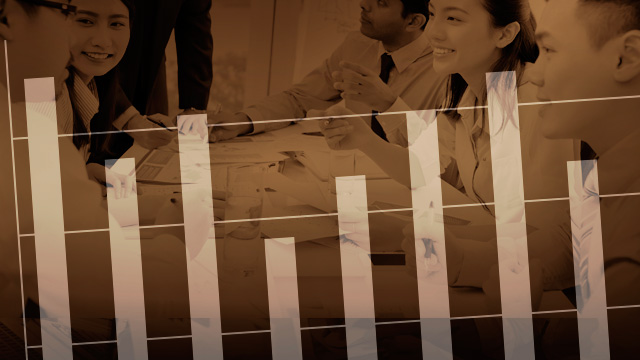 MANILA, Philippines – In 2020, it is estimated that at least half of the global workforce will come from the millennial generation, those who are now in their 20s and 30s.

In the Philippines, Filipino millennials make up 1/3 of the country’s total population. This means that they are occupying a significant part of the workforce already, as well as shaping the direction of the economy.

They’re the ones marketers try to entice and persuade. Their enormous influence on the country’s politics is undeniable. They’re the ones companies want to hire (if they haven’t started their own). Now, they are the decision-makers. They are the game-changers.

How significant are Filipino millennials nowadays in the country’s workforce? Let’s look at the latest numbers.

1. Almost half of the labor force population in 2015 were Filipino millennials.

According to the October 2015 Labor Force Survey, there were over 42 million Filipinos aged 15 years and above who were part of the labor force, 47.1% of which were Filipino millennials aged 15-34. This is out of the more than 66 million Filipinos who are in the legal working age.

2. Almost half of the employed Filipinos in 2015 were millennials.

The survey also said that 1 in 4 employed persons were Filipino millennials who belonged to the 25 to 34 age group.

There were more male employed Filipinos than females.

3. But, more than half of the unemployed Filipinos in 2015 were also millennials.

While relatively smaller compared to the employed ones, about 80% of the unemployed in 2015 were Filipino millennials aged 15 to 34. The 15 to 24 age group comprise almost half of it.

There are also more male unemployed Filipinos than females.

4. More than half of Overseas Filipino Workers (OFWs) in 2015 were millennials.

In 2015, there were over 2.4 million OFWs, according to the Philippine Statistics Authority. Of this, 55.8% are Filipino millennials aged 15-34, this time, with more females than males. The age bracket with the highest percentage of Filipino millennials working abroad is 25-29.

A study conducted by Far Eastern University (FEU) alongside 8 other universities in 2015, found that most millennials prefer to work abroad “mainly because of the high pay.”

Meanwhile, in Metro Manila, the following age brackets don’t differ much in values:

Millennials in the workplace

Studies say that millennials want everything fast, and they are driven by instant gratification.

According to Deloitte’s 2016 Millennial Survey which included participants from the Philippines, millennials don’t mind job-hopping. The average is that 6 out of 10 will leave their current job in the next four years.

While some say they are achievers, some also describe them as “overly self-confident and self-absorbed.” In the workplace, they are sought after because of their creativity, but they are also perceived as highly entitled, hungry for constant praise and coaching, and unwilling to do the hard work.

But despite all the negative connotations, their fresh and innovative ideas, without a doubt, can bring something to the table. In fact, a recent global survey by the World Economic Forum found that most millennials see the world as full of opportunities, and they trust themselves most to solve local challenges.

This is why it is important that employers understand where millennials are coming from – look at their context: what kind of world they grew in, what values they prioritize. All that’s needed are the right mix of guidance, mentorship, and open-mindedness from their superiors. (READ: Millennials in the workplace: How to get the best out of them) – Rappler.com