Oct 2, 2016 6:40 PM PHT
Rappler.com
Facebook Twitter Copy URL
Copied
'There was never an intention on my part to derogate the memory of 6 million Jews murdered by the Germans,' says Philippine President Rodrigo Duterte 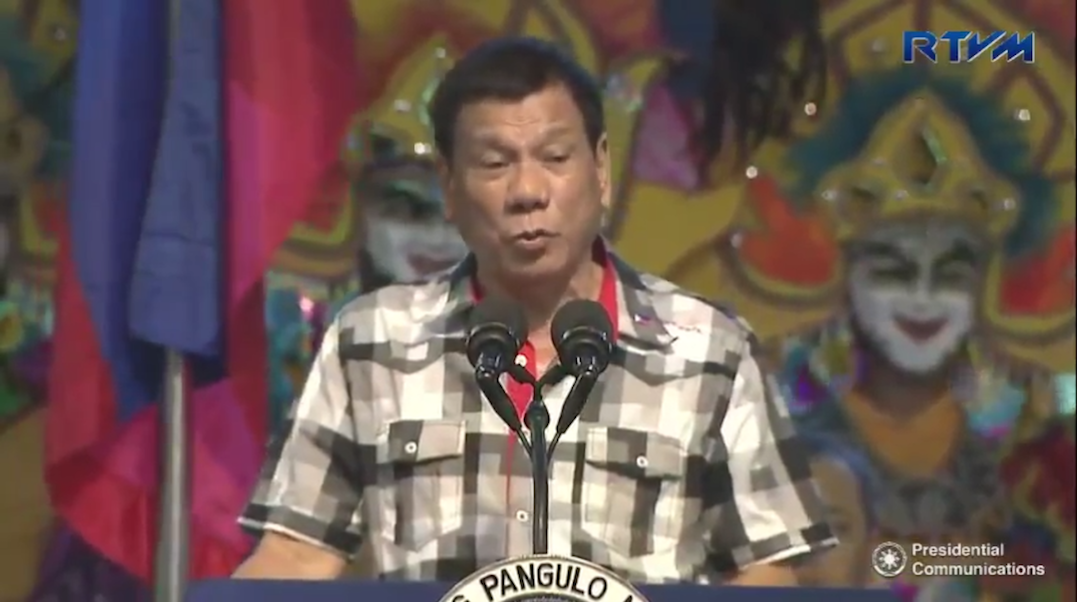 MANILA, Philippines – President Rodrigo Duterte on Sunday, October 2, apologized for his controversial remarks about Adolf Hitler, which sparked outrage from the international community.

(My critics were saying, “Duterte is like Hitler. He’s a killer.” So I said when I arrived at the airport from Vietnam, “Okay, fine, I’m Duterte, I’m a killer.”)

“They do not really want you to tinker with the memory [of Holocaust victims]. Alam natin ‘yan (I know that), so I apologize profoundly and deeply to the Jewish community.”

The President added that he only meant to refer to his administration’s war on drugs.

“It was never my intention [to offend the Jewish community] but the problem was I was criticized using Hitler, [he was compared] to me. But I was very emphatic – sabi ko, papatayin ko ang 3 million na adik (I said I would kill 3 million drug addicts).” (READ: IN NUMBERS: The Philippines’ ‘war on drugs’)

Last Friday, September 30, the President had lamented that some members of the international community have portrayed him as a “cousin” of Hitler. A few minutes later, however, he himself drew parallels between Hitler’s annihilation of 6 million Jews and his controversial campaign against drugs.

Duterte’s reference to Hitler sparked condemnation, with the German government calling it “unacceptable.” The German foreign ministry also summoned the Philippine ambassador to discuss the matter.

Various groups have called out Duterte as well, among them Human Rights Watch, which said referencing Hitler and the Holocaust “are on their face obscene.” Senator Manny Pacquiao’s boxing promoter, Bob Arum, who has an Orthodox Jewish background, said it was “reprehensible.”

Malacañang sought to snuff out the outrage on Saturday, October 1, with Presidential Spokesperson Ernesto Abella saying that the Hitler reference “did not originate from the President,” and came from Duterte’s election rivals ahead of the May polls.

“The Palace deplores the Hitler allusion of President Duterte’s anti-drug war as another crude attempt to vilify the President in the eyes of the world,” Abella added.

Hitler is remembered now as a brutal tyrant under whose leadership the Nazis carried out the mass extermination of Jews in Europe during World War II. Six million Jews were killed in the attempt to “purify” the German race by eliminating all non-Aryans. (READ: LOOK BACK: Hitler and the Holocaust) – Rappler.com