Gordon says ‘noisy’ Duterte ‘falling on his own sword’ 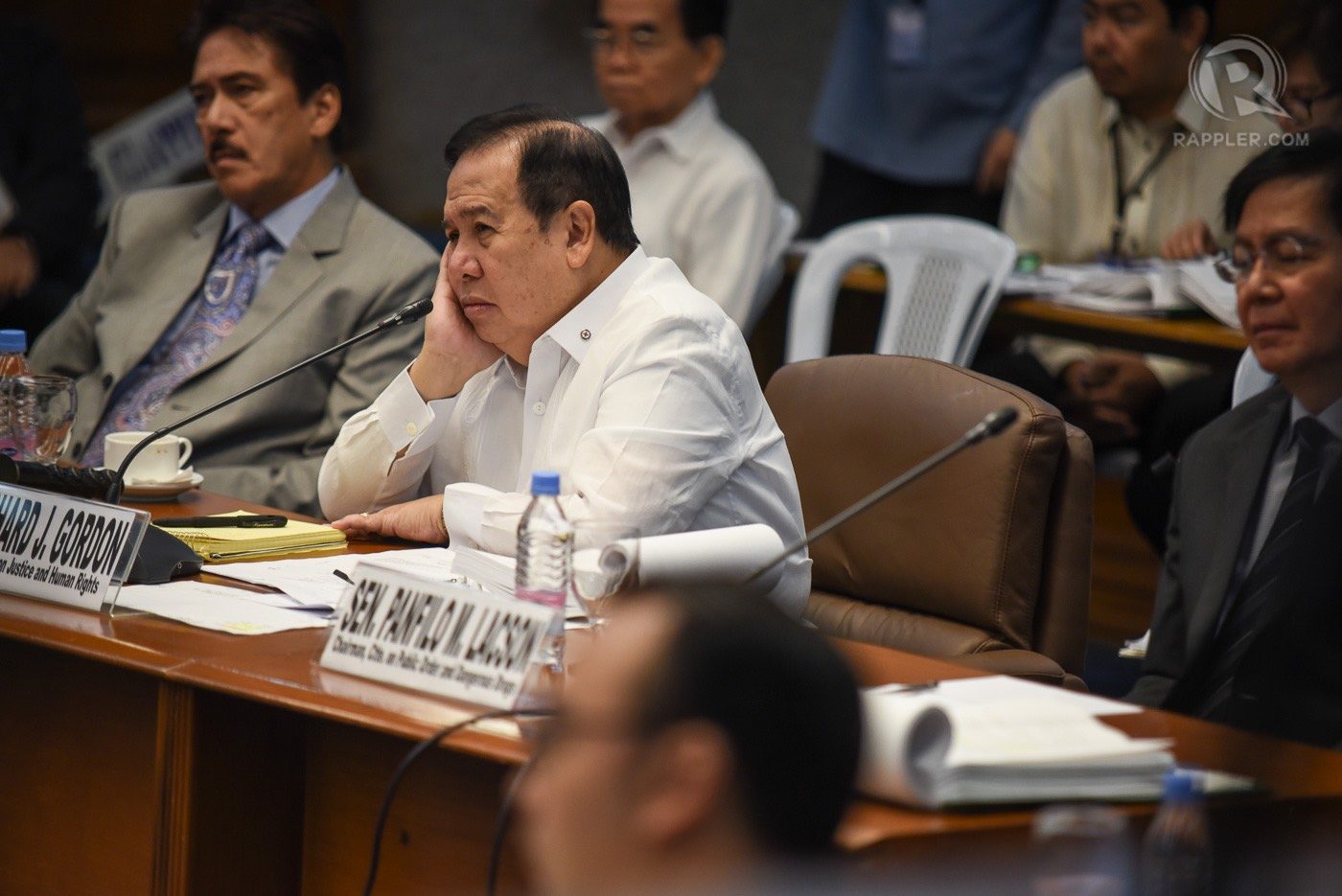 MANILA, Philippines – The President is falling on his own sword because of his own noise.

This is what Senator Richard Gordon said Monday, October 3, as he criticized President Rodrigo Duterte for his public announcements of wanting to kill drug dealers and users in the country.

(The President is noisy, he is too noisy. It is just right for him to show his fury against drugs but he should not be noisy and say “I will kill you.” That is not right.)

For Gordon, Duterte’s “noise” is not helping his administration’s fight against illegal drugs, as it only tends to highlight extrajudicial killings, which have alarmed local and international groups.

(That is why he is falling on his own sword because he keeps on blabbering that’s why the country is being accused of allowing such things to happen.)

Gordon said his “friend” Duterte should already stop his fiery words in public, which may only be construed as an endorsement of killings. (READ: #AnimatED: A hundred days of bluster and anger)

(The President is my friend, we both became mayor but I don’t want the President to be talking and talking about what he plans to do. But what he should say is “there are too many unresolved cases and we will solve them.”)

Duterte ran and won on a platform of change, promising Filipinos he would end criminality in 3 to 6 months, which he later extended.

Duterte recently drew international flak for his remarks on Adolf Hitler. The President had lamented that some members of the international community have portrayed him as a “cousin” of Hitler.

“At least if Germany had Hitler, the Philippines would have,” he said, then paused. “But you know, my victims, I would like to be (sic) all criminals to finish the problem of my country and save the next generation from perdition.”

Duterte’s reference to Hitler sparked condemnation, with the German government calling it “unacceptable.” The German foreign ministry also summoned the Philippine ambassador to discuss the matter.

Various groups have called out Duterte as well, among them Human Rights Watch, which said referencing Hitler and the Holocaust “are on their face obscene.” Senator Manny Pacquiao’s boxing promoter, Bob Arum, who has an Orthodox Jewish background, said it was “reprehensible.”

Duterte on Sunday, October 2, already apologized to the Jewish community for his controversial remarks. – Rappler.com