Oct 4, 2016 2:00 PM PHT
Mara Cepeda
Facebook Twitter Copy URL
Copied
The 7 remaining lawmakers in the bloc, who consider themselves the 'real and authentic' minority, now call themselves the 'Magnificent 7' 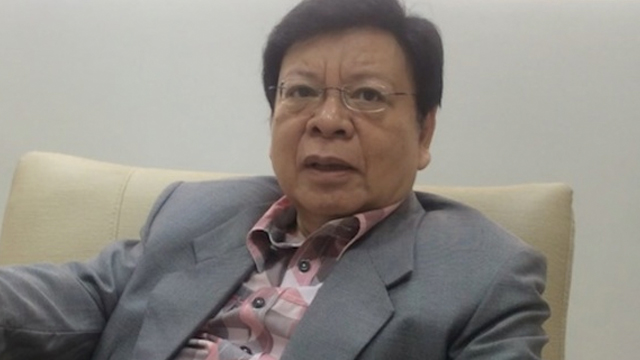 “He has been accepted to the majority as of yesterday. He realized that his advocacies are more aligned to those of the majority’s,” said Fariñas in a text message.

Lagman, however, said Marcoleta informed him last week that the Iglesia ni Cristo, the powerful Christian church of which the latter is a member of, wanted him to switch allegiances.

“He texted a message. He said his church wanted him to join the majority. Whether there are other reasons, he has not told us,” said Lagman, who called Marcoleta an “outstanding member” of the bloc.

Rappler tried to reach Marcoleta for comment, but he has yet to reply as of posting time.

Now that he has left the minority bloc, the group will now be calling themselves the “Magnificent 7.”

The bloc was formed in protest of Quezon 3rd District Representative Danilo Suarez’s controversial win as House Minority Leader. They said a minority bloc under Suarez would be “subservient” to the supermajority.

Apart from Lagman, the following still consider themselves the “true” fiscalizers at the House of Representatives:

Lagman added that Marcoleta’s transfer to the supermajority will not be a blow to them.

“We are going to carry on. There’s still a ‘Magnificent 7’ left in the group and it’s still authentic,” said Lagman. – Rappler.com