MANILA, Philippines – For two straight days, businessmen came to Malacañang to defend President Rodrigo Duterte, who continues to be criticized for his tirades against the United States and European Union.

Three businessmen, who also lead influential business groups and associations in the Philippines, were invited to speak about their thoughts on the Duterte administration during Palace press briefings on Tuesday, October 4, and Wednesday, October 5.

Private businessmen are not usually invited to these briefings. Usual guests are Cabinet secretaries or government agency heads.

On Tuesday, the guests were Philippine Chamber of Commerce and Industries (PCCI) president George Barcelon and Employers’ Confederation of the Philippines (ECOP) president Donald Dee.

Wallace spoke largely about the effect Duterte’s recent pronouncements against the US will have on the economy, particularly on foreign investments. (READ: Duterte on business sector’s 10-point wishlist: ‘It’s doable’)

The previous night, Duterte had told US President Barack Obama to “go to hell” and hinted that the Philippines may “break up” with the US.

Wallace said he does not believe Duterte intends to break ties with the Western superpower.

“I think people in the White House are smart enough to know what he’s saying is not what he intends. I don’t see him trying to divorce from America. That does not make sense,” the businessman said.

He said that while Duterte’s way of speaking may be not be “politically, internationally acceptable,” there is a need for people to “understand and accept what he is.”

A consultant on business strategy for major corporations, Wallace is not worried about foreign investments pulling out because of Duterte’s anti-US sentiment.

“I don’t see it affecting business particularly. There have been concerns raised by the foreign business community but nobody is withdrawing,” he said.

Dee’s words during the previous day’s press conference were in the same vein. 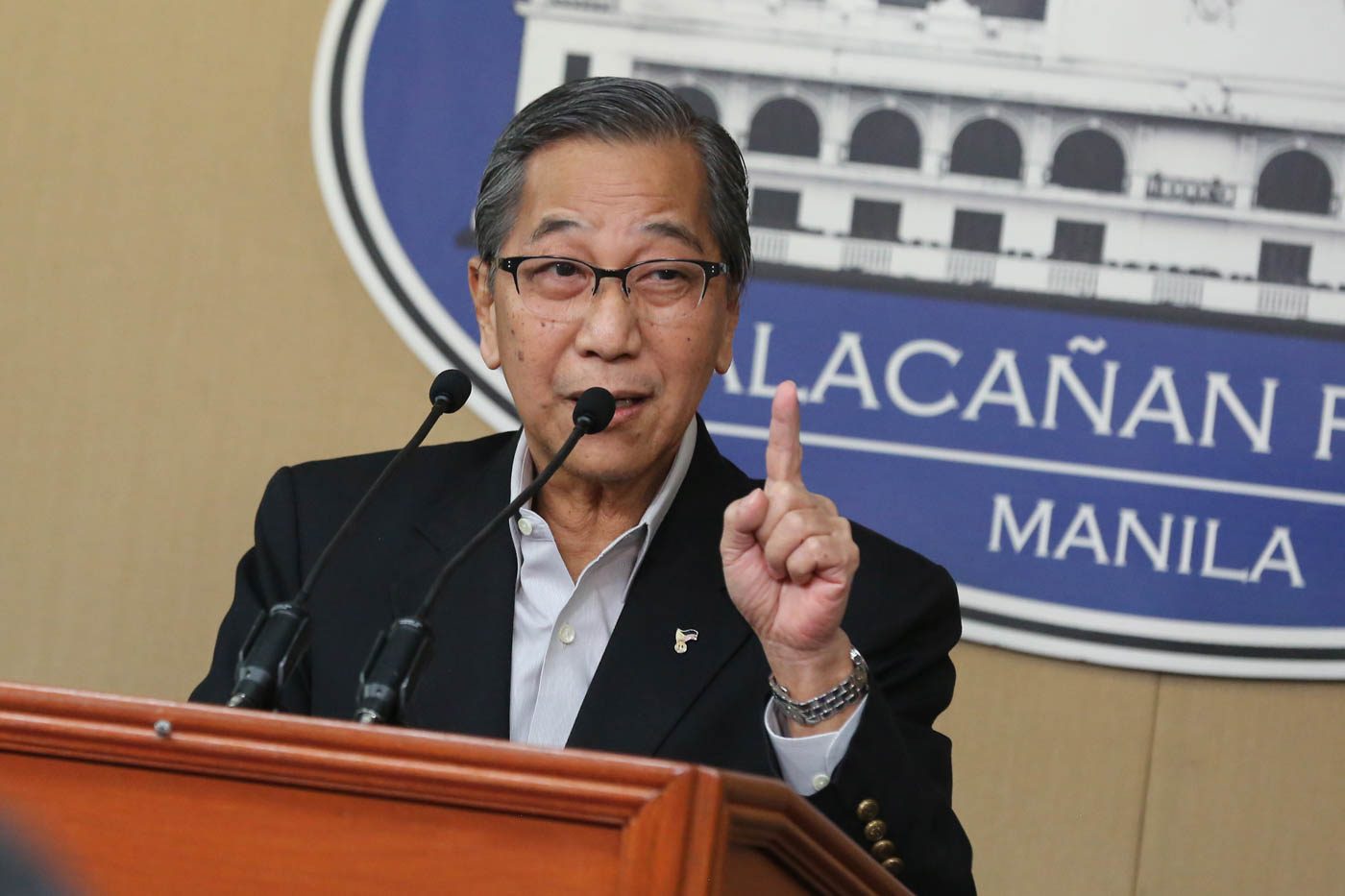 During previous administrations perceived to be closer to the US than the Duterte administration, US investments in the Philippines did not grow significantly, he said.

“Here’s 3 administrations, two of which were close to the Americans and one was very close, so you would expect that, you know, during the time that the very close administration was in place that there would be a big spike, right? Well, it’s not. You look at our FDIs (foreign direct investments), it’s flat – $7 billion. You look at it, it’s flat, almost flat – $7 billion to 7.7 billion,” said Dee.

He said what matters to foreign investors is how “friendly” the Philippine economy is to investors, something the Duterte administration is working on in several areas.

“What we need to do now is to show them that we’re really doing something in the 4 things that the President has said he will do: infrastructure, logistics, energy…and peace and order,” said Dee.

Barcelon, meanwhile, said he has called for patience among businessmen unsatisfied with what the Duterte administration has done for the economy.

“To be realistic about it, 100 days is really a very short time. People talk about [that] they haven’t seen any impact [by] this government…But I would tell my friends in the business community that we have to be patient,” said Barcelon.

He spoke of concerns about infrastructure in particular. Budget Secretary Benjamin Diokno has said the Duterte administration aims to ramp up infrastructure spending, intending to spend P8.2 trillion in this sector from 2017 to 2022.

Barcelon also pointed out some gains in streamlining business-related government processes under the Duterte presidency.

“We’ve seen the reduction on bureaucracy in some of the government agencies. And even the local governments have [taken] the advice of the President to simplify the procedures to help the small businesses,” he said.